Why do western women feel inferior to men? 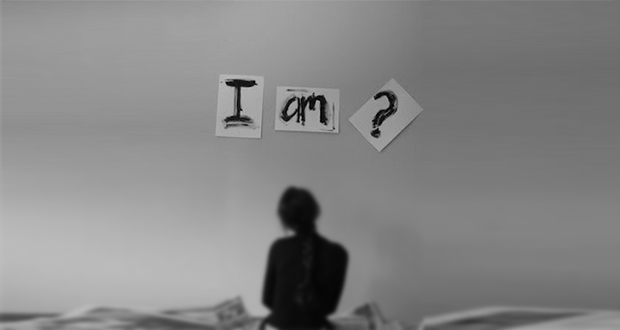 In the name of Allāh, all praise belongs to Allāh, an may his peace and blessings be upon his final Messenger Muhammad, sallAllāhu ‘alayhi wasallam)

When a person attempts to imitate another person, he or she normally believes internally that the other person is better than them. In a race, the winning individual looks towards the end while those behind him look at him. He thinks of the finish line while they think of him. The great Muslim philosopher and sociologist, Ibn Khaldūn, stated centuries ago that the weaker is inclined to imitate the stronger.

The stronger-weaker relationship can exist due to a number of factors, ranging from physical subjugation and domination of one by another, to internalised inferiority complexes. Centuries—and possibly millennia—of subjugation and oppression of women in the history of Europe—and therefore the West—has led to a phenomenon that we must approach with caution and sensitivity. Somewhere in the story of the modern western world, the struggle for women to be freed of oppression and subjugation became conflated—for some—with a desire to be like men.

It is a subtle difference, but those women who want to do everything men do because men do them, have internally made men their benchmark. Whether they recognise it or not, there exists a sense of inferiority towards men. On the other hand, it is far less common to find men that are keen to imitate women, demonstrating a level of self-confidence and comfort in their own sex. This shows that generally men do not feel inferiority towards women and thus a need to compete with them. Wherever it is the case that men and women compete against each other, due to whatever oppression, learned behaviours or other dynamics, the moral equilibrium between the main two components of any society is always disturbed and hence the stability and health of the society sacrificed. That is why Islām is strictly against women imitating men and men imitating women. The Prophet (sall Allāhu ʿalayhi wa sallam) said

Outward, intentional imitation of the opposite sex is not just a physical activity that has limited impact on the personality; rather, it is a symbolic representation of destroying the natural social structure that is mandatory for any social development.

It is very unfortunate that some women have been fooled into thinking they are less than men and hence—for some—their fight for their God-given rights became a fight to become equal to men. In fact, to even point this out normally triggers fierce reactions from those who have bought into this con created by those who benefit from such a scheme. They were fed a notion by capitalist, neoliberal men in suits that in order to be equal to men, women needed to do whatever men do; thus conveniently supporting those who profit from the destructive cycle of hyper-consumerism and global capitalism that scores of women (and men) are enslaved by. It is no surprise since neoliberal ideology naturally and by design pits people against each other as competitors, leading to an epidemic of loneliness, atomisation and countless other social ills.[1]

Those who are not aware of this simply see the outcome of such a scheme. Men become presidents, so women have to become presidents. Men work hard outside the home, women have to work hard outside the home. The value of men and women both now is determined according to how faithfully they serve the cycle of production and consumption. If a woman works in her home to serve her husband and family, she is now often socialised into looking down upon that: “not reaching her potential”. But if she expends the exact same amount of energy working to serve the pompous shareholders of her corporation: “she is a successful woman”. I am certain that, if there were profit to be made in it, we would certainly have come across people even telling women to learn to urinate standing up as some western men do!

Men are more dignified when they stay as men and similarly women are more dignified when they stay as women. It is ironic that some so-called feminists accuse Islām and Muslims of promoting a patriarchal society or male-dominated system when the fact of the matter is that aiming for parity with men without addressing the underlying fallacy, leads to an aggressive and unfair competition between men and women. The competition is unfair as it runs according to the terms and conditions of men—anyone who plays a game that they got to write the rules for will automatically have an advantage. Although the society as a whole is negatively affected by this unfair competition, women and children are its biggest losers.

Western women are unfairly left with few choices; they either have to struggle hard to “catch up” with men in the corporate world or they have to work like medieval slaves to maintain their nature as mothers and wives. Imagine how many things a working mother and wife has to do on a daily basis in a society skewed against them. If she accepts the career-punishment of taking time out to have children, she has to go through the indescribable difficulty of carrying her children and giving birth to them, which is followed by years of work nurturing and raising them (far more effort than a “normal” full-time job). On top of that she has to work outside the home from nine to five. SubḥānAllāh, what oppression and subjugation western women face!

Unfortunately, instead of embracing and catering for the fundamental differences between men and women, some people who wish to make life easier for women encourage men and women to share in all of the activities. However what we see played out time and time and again on the ground is that it still leads to a form of oppression of women, since men are biologically unable to do some of those things which women do, from pregnancy to breastfeeding to even multitasking. Furthermore, I regularly receive complaints from women that when their menfolk do try to help them in some of jobs that they are not capable of they end up making a bigger mess for the poor women to fix!

In Islām, men and women do not compete with each other, rather they complete each other. This partnership creates a positive feeling and atmosphere between both sides and helps in stabilising the society as a whole. Men are responsible for the gruelling toil outside the house and serving the lady within the house. Women will take on the most important role in this life that no one else can do: motherhood. They need not worry about making someone else a profit or bearing financial responsibility themselves, which are the most stressful activities human beings do.

“Men are in charge of women by [right of] what Allāh has given one over the other and what they spend [for maintenance] from their wealth”.[2]

Furthermore, Islām does not compare men and women as both are different. This is a rational concept. You cannot compare apples with bananas; each has its own taste. Allāh summarised the dynamic of the relationship between men and women that great philosophers failed to understand in a very short Quranic verse. Allāh says,

Understanding this dynamic helps us to understand so many guidelines Islām laid down to maintain a healthy relationship between both sexes. However we often see people failing to understand it, for one particular, sinister reason, leading to a number of major problems. This is by imposing a Eurocentric lens on Muslims and Islamic practices, forcing even Muslims themselves not to view their own tradition according to its own epistemological framework. As a result, for example, Muslims are often otherised and demonised by those in whose heart is this insidious motive reinterpreting and spinning simple Islamic practices such as the separation of unrelated men and women, as some kind of discrimination against women by men.

Of course, not all of those who fall for this narrative are evil or indeed realise what they are doing. It is well known that people naturally interpret things according to their own experience, history, feelings, beliefs and values. In fact, as is said in Arabic, we see things by our own eyes. This means that we do not see things as they are rather we see them as we are. The non-Islamic elements of the West have for thousands of years discriminated against women in the most horrific ways, in many ways which still endure. As a result, Muslims need to be aware of this baggage that the average person will bring to the subject, and present Islam and its values with non-Muslims’ previous presumptions and projections in mind. The worst thing we can do in such a scenario, is ignore such lenses and to force such Eurocentrism upon our own tradition.

In conclusion, the best formula for both sexes is to accept what their creator has given them and not to try to change their very nature. Men are not unconditionally better than women and similarly women are not unconditionally better than men. Each has a role to play in this life in order to fulfil the main aim of creation; worshiping Allāh. In the Qur’ān we are reminded,

“The believing men and believing women are allies of one another. They enjoin what is right and forbid what is wrong and establish prayer and give zakāh and obey Allāh and His Messenger. Those – Allāh will have mercy upon them. Indeed, Allāh is Exalted in Might and Wise.”[4]

As for the plight of western women, far from passively accepting western narratives about our own tradition, we in fact need a campaign to save western women.