Shawwal: The fast of a lifetime 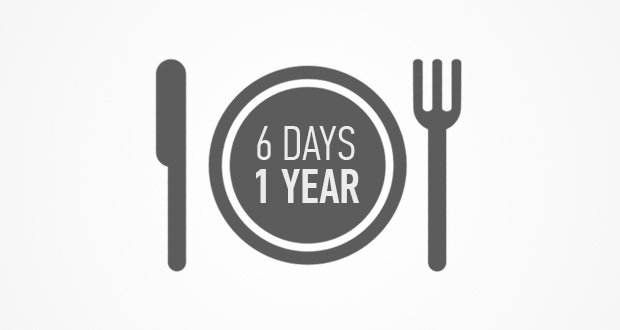 This article was originally posted on 26th June 2017

“Whoever fasts Ramadān then follows it with six days of Shawwāl, it is as if he fasted for a lifetime.”

Fasting the 6 days of Shawwāl[1]

Now that the days of Ramadān are over for this year, the days of accruing great rewards are not. The Messenger of Allāh (SallAllāhu ‘alayhi wa salam) said: “Whoever fasts Ramadān then follows it with six days of Shawwāl, it is as if he fasted for a lifetime.”[2]

The scholars have differed over the implementation of this hadīth, however the majority consider it to be a highly recommended act.[3] They fell into three main groups in terms of the manner of how to perform the fasts.

The first group which included Imām al-Shāfi’ī and Ibn al-Mubārak considered it to be highly recommended to fast consecutively from the beginning of the month.

The second group opined that there was no problem to fast successively or separately. This was the view of Imām Ahmad.

The last group (Ma’mar and Abdul-Razāq) suggested that these days should not be performed straight after ‘Īd al-Fitr as this is the time of eating and drinking. Rather, it is better that these six days coincide with ayām al-bīd (13th,14th and 15th of each month), the remaining three days can be performed on either side of these days.

The fasting of Shawwāl is like fasting in Sha’bān; both of these months are wedded to Ramadān. Whilst the fasting in Sha’bān serves to prepare the believer for Ramadān, Shawwāl is like demonstrating gratitude to Allāh for bestowing us with Ramadān. The one who fasts the six days of Shawwāl after completing the fasts of Ramadān is like one who has fasted continuously, as a good deed is multiplied by 10 (i.e. 36 days of fasts is equivalent 360 days – a full lunar year).

This is irrespective of whether Ramadān is 29 or 30 days because of the saying of the Prophet (SallAllāhu ‘alayhi wa salam) “The two months of ‘Īd, Ramadān and Dhu’l-Hijjah, will never be lessened.”[5] The meaning of this is that these two months will not be lessened in terms of their rulings.

It could be argued that that these 6 days can be performed during any time of the year to gain the bounty. However, the virtue is connected to fasting in Shawwāl specifically because it is attached to Ramadān. This exclusivity for Shawwāl has been mentioned by some scholars like ‘Abdullāh bin al-Mubārak as reported in al-Tirmidhi.[6]

Benefits of fasting straight after Ramadān

Firstly, fasting the 6 days of Shawwāl after completing the days of Ramadān is like fasting for the entire year.

Secondly, fasting in Sha’bān and Shawwāl is like praying the voluntary prayers that come before and after an obligatory prayer. Similar to those prayers, the Sha’bān fasts prepares the believer for Ramadān whilst the Shawwāl ones compensates for any deficiencies of the obligatory Ramadān fasts. For this reason, ‘Umar ibn ‘Abd al-‘Azīz is reported as saying, “Whoever finds nothing to give charity with, let him fast.” Just as one of the wisdoms of Zakāt al-Fitr is to make up for any defects for the Ramadān fasts, ‘Umar ibn ‘Abd al-‘Azīz suggests that if a person cannot afford this, then he should fast in its place as is done for other legislated acts such as violated oaths, and so on.

Thirdly, it is a sign that the fasts of Ramadān have been accepted. If Allāh accepts an act of worship, surely He will give the believer an opportunity to perform an act similar to it. One of the scholars said:

“The reward for a good deed is the good deed that follows it. So, whoever does a good deed and then follows it up with another one, that (the second good deed) is a sign of acceptance for the first good one.”

Fourthly, the fasting of these six days represents thankfulness to Allāh for giving us Ramadān. One of the Muslims in the early generations would fast as an act of thankfulness to Allāh when he was given the opportunity to spend the night in prayer.  Likewise, Wahayb bin al-Ward was asked about the reward for actions such as Tawāf or something like it. He responded, “Do not ask about its reward. Rather, ask about what form of thankfulness is incumbent upon one who was blessed to undertake the act.” This is at odds with one who planned to return back to sin whilst fasting in Ramadān, for this is a sign of a rejected Ramadān.

Fifthly, this helps the slave to continue to do the acts that he started in Ramadān. The Messenger of Allāh said: “The best deed in the sight of Allāh is that which is done regularly.”[7] Do not let the fasting of Ramadān be like how many of us recite the Qur’ān – we begin reciting it in Ramadān and end it there, not returning to it for another year! Rather our endeavours should be continuous such that the recitation of Sūrah al-Nās is followed by al-Fātiha and al-Baqarah. Every time we complete the Qur’ān, we begin it again.

Make up for what you missed in Ramadān

The Prophet (SallAllāhu ‘alayhi wa salam) would use Shawwāl to make up for any actions he missed in Ramadān. For instance, he didn’t perform the ‘itikāf during the last 10 days one year, so he made it up in the beginning of Shawwāl.

There is a difference of opinion amongst the scholars[8] whether the fasts that need to be made up from Ramadān must be performed before fasting the six days of Shawwāl in order to reap the reward for fasting the entire year. The alternative is to fast the six days and make up the missed fasts later even if it was just before the next Ramadān which seemed to have been done by ‘Ā’isha (radiAllāhu ‘anhā). It is better to be on the safe side and make up the missed fasts of Ramadān before the fasts of Shawwāl.

The different times of the months within a year are connected to varying acts of obedience. Each month is tied to a target or a milestone of acts of obedience, some periods more than others. These targets took on such an important form that the scholars divided the Qur’ān into 30 sections to correspond to the 30 days of the month for it to be a measure of our own actions. The chance to perform such actions do not expire until the date of our death. Hasan al-Basri stated, “Allāh has fixed no expiration date for a believer’s devotional action other than death.” He then recited the words of Allāh,

“Worship your Lord until death comes to you.”[9]

This article has been reposted, first posted on 14 August 2013.

[1] This article is predominantly based on the Ibn Rajab’s Latā’iful Ma’ārif with the ahādīth being checked by Amir bin Ali Yasin
[2] Muslim
[3] Ibn Rajab stated that it was the position of Imām Abū Hanīfah, Abū Yūsuf and Sufyān al-Thawrī that it was disliked to fast these six days. However, the later Hanafis considered it to be recommended. Imām Mālik did not know any of the people of Madīna to perform this practise, he therefore feared it was close to being an innovation. Ibn Rushd stated that perhaps the hadīth did not reach Imām Mālik. (Bidāyat al-Mujtahid) The scholars who opined its desirability were Ibn ‘Abbās, Ibn al-Mubarak, Ahmad and others.
[4] Ahmad and Ibn Mājah
[5] Bukhāri and Muslim
[6] It is quite possible he depended on a narration of Umm Salama (which happens to be weak) in which she mentioned, “Whoever fasts the day after ‘Īd al-Fitr, it is as if they have fasted from Ramadān.”
[7] Bukhāri
[8] The Hanafis and Mālikis mention that the qadha fasts of Ramadān do need to be made up before the 6 fasting days of Shawwāl can be performed as the time of qadha is wide. Many of the Shafiees and Hambalis state that the qadha must be made up before the six days can be fasted.
[9] Al-Qur’ān: 16:99