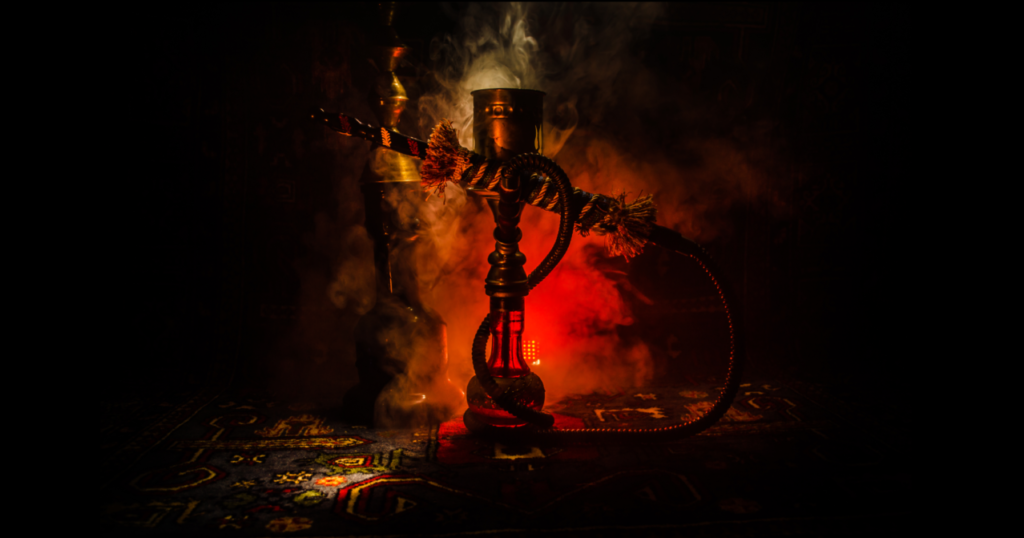 The rights a Muslim has over another are well documented and remembered in aḥādīth mentioned by the Prophet (sallAllāhu ʿalayhi wasallam), but we often forget our rights to ourselves; especially the duties upon ourselves to take care of our health. Allāh has bestowed upon us a trust in the form of our bodies, so it is our obligation to look after them for if we do not, our body and our limbs will speak to Allāh on the Day of Judgement on how we misused and abused them.

“That day, We will seal over their mouths, and their hands will speak to Us, and their feet will testify about whey used to earn”[1]

“On a Day when their tongues, their hands and their feet will bear witness against them as to what they used to do” [2]

There are many different avenues available that can corrupt our health. For example, as Muslims, we know that alcohol is harām and the health fatalities and spiritual punishments that come from committing this major sin.

“Alcohol is the mother of all evils and it is the most shameful of evils”.[3]

“If any man from among my Ummah drinks wine, Allāh will not accept his prayers for forty days”[4]

Other addictions such as to pornography and social media have all taken time before making their way into the spotlight for people to understand what they truly are and the devastating effects they have. By following the narrative of previous problems, the new craze amongst the youth of hooka (shisha) is a far more prominent problem.

Shisha, as it is most commonly known, perhaps leads the modern grey area category of Islām. The rules have been bent turning opinions into arguments, turning what is impermissible to the accepted simply because it is a derivative of smoking. The irony of smoking is that you are not allowed to sell a pack of cigarettes without a warning message,[5] so you could argue that smoking can be juxtaposed as ‘honest harām’. You are paying money to kill yourselves, but not without warning, so no sane person on the surface of this earth will say there is benefit in smoking, especially when the manufactures themselves only package them with a cautionary notice. On the other hand, misleading labelling has placed a veil over the ill effects of shisha. I will thus take the task of being the person who warns you of the dangers of shisha that should re-affirm what you may have chosen to ignore.

The reason shisha has become so popular and addictive is the widespread misconception that it is a safer alternative to cigarette smoking. However, research emerging from numerous studies has shown the opposite, and the startling truth is that the idea of this fashionable, recreational activity should not even be entertained.

The British Heart Foundation found that the average shisha session lasts an hour, but you can inhale the same amount of smoke as 100 cigarettes in this period alone.[6] The average cigarette requires 20 puffs whereas a shisha session involves 200 puffs, causing a person to inhale approximately 90,000 millilitres of smoke compared to the 500-600 millilitres inhaled when smoking a cigarette.[7] Even someone smoking over 20 cigarettes per day who can be classified as a ‘heavy smoker’[8] would still take over one week to cause the same amount of harm to themselves as a one-hour shisha session.  Of course, the means vary; you can take less, or more worryingly, you can take more.

Carbon monoxide is the odourless but lethal gas that is typically associated with smoking and even faulty boilers. A study found that a non-smoker’s level contained 3 parts CO per million parts of air (ppm) in exhaled breath, equivalent to less than 1% of the blood not working properly. This is the standard within the human body, but shisha smokers had 40-70 ppm of carbon monoxide in their breath. This means that 8-12% of their blood volume is affected, essentially reducing the body’s ability to carry oxygen around the body.[9]

Shisha also contains nicotine tar, growing the risk of heart disease, respiratory and cardiovascular diseases and even problems during pregnancy. The high presence of carcinogens in the body damage the DNA causing cells to divide and multiply uncontrollably sourcing the same types of cancer cigarette smokers can expect to experience including but not limited to the lungs, stomach, mouth and throat.[10]

Furthermore, while shisha was wrongly presented as a safer alternative to smoking, vaping was introduced as a safer alternative to shisha, and has since grown into a two-billion-dollar industry. But few are aware that while it is easily accessible and portable in nature via pocket pens, it could speed up the death of lung cells by 50 times leading to chronic obstructive pulmonary disease over an extended period.[11]

With every evil there are always other evils surrounding and leading to it. Speaking within the context of shisha, one sub-evil could be the harmful gatherings wherein it takes place. Shisha lounges have become a safe-haven and a go-to hotspot among many of the youth today as proven by the 210% increase in shisha lounges since 2007 to meet the ever increasing demand.[12]

Many scholars have publicly stated that even setting foot in a shisha lounge is prohibited due to the whole host of problems it brings, such as free mixing, music, inappropriate dress code and indecent conversations, which can only lead to a gathering that will be a cause of regret on the Day of Judgement. The harmful pollution this environment brings with it would make the angels flee from such a gathering that is deprived of the remembrance of Allāh.

Even being in a shisha lounge opting not to smoke is endangering your health and wasting your time; wasting the favours Allāh has bestowed upon us. As the Prophet (sallAllāhu ʿalayhi wasallam) said on the authority of Ibn Abbās,

“There are two blessings which many people lose: health and free time for doing good.”[13]

Your health is being endangered by the people around you due the second-hand smoke that you are passively inhaling, silently killing you. A study conducted by the World Health Organization has found that second hand smoke from shisha increases the risk of heart disease and lung cancer.[14]

“It is harām for you to bring harm upon yourself, and harām upon others.”[15]

Islām does not accept any harm upon you or others, so anything that is harmful should raise an alarm bell by default. Dwelling over the abstract ruling given to a particular act (whether it literally is harām or makrūh) by this scholar or that, is often a distraction when considering something which it is so obviously better to avoid, even if purely for health reasons. While the atmosphere and aromatic smell of shisha lounges may be inviting, if you reflect on them nothing genuinely good emerges from such places and a scary thought is that the angel of death may come to you in that very location. Would you be satisfied dying in such remorseful establishments?

Amid the growing concerns is how shisha entices the youth. It has become such an integral part of social lives that no Eid day can be complete without a trip to the shisha lounge. In America, 1 in 5 teenagers smoke shisha,[16] but in the UK this number is supposedly higher with a larger proportion of teenagers oblivious to the fact that shisha was even harmful to their health! Shisha usage increases with age, so we need to halt the problem early on to stop its anticipated progression. Did you know that those who smoke shisha have a much higher likelihood of smoking cigarettes at some point in their futures?[17]

We must educate the youth about the damaging effects shisha has on the body. A significant proportion of young people care about their image and how others perceive them. Using prevention and cessation strategies to emphasise the physical and personal harms of shisha such as wasted money, bad breath and ruined teeth is one such method.

We need to let go of the erroneous view that we can simply rest on a weak understanding of the religion. We are failing to resist the pressure of our desires, slowly acclimatising to this westernised, but also traditional, culture by allowing things that were unthinkable just a decade ago. Smoking shisha is addictive, harmful and could be damaging your īmān without you realising until it is too late. Do not fall for the traps of Shaytān when he tricks you into smoking shisha, convincing you it is not as bad as you think. If you want to be sinful, follow the crowd like sheep. If you want long term success, then follow the dīn of Allāh for temporary pleasure is not worth eternal damnation. Though we know that clubs and pubs are prohibited, if we are not careful, shisha lounges will take their place. And for many perhaps they already have.

“And spend in the way of Allāh and do not make your own hands contribute to your destruction. And do good; indeed, Allāh loves the doers of good”. [18]

Tell me, how do you hold the shisha pipe?

Tell me, is shisha adding years onto your life?

May Allāh give us the ability to enjoy life in a halāl and healthy manner – Āmīn.