Teaching myself how not to lose hope 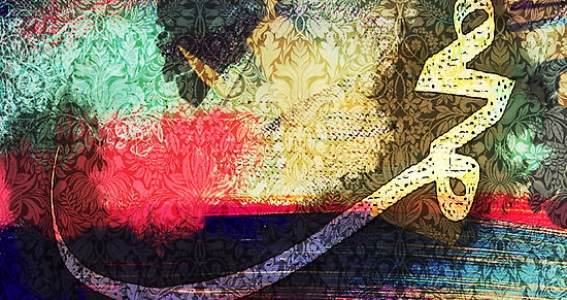 I stood there for some time looking at his face, feeling as though my heart was being repeatedly run over by a truck. I refused to cry loudly but tears were streaming down my cheeks, and I told him “I love you Amr, I know that you always wanted to die for the sake of Allah

“Think not of those who are killed in the Way of Allah as dead. Nay, they are alive, with their Lord, and they have provision. They rejoice in what Allah has bestowed upon them of His Bounty and rejoice for the sake of those who have not yet joined them, but are left behind (not yet martyred) that on them no fear shall come, nor shall they grieve. They rejoice in a Grace and a Bounty from Allah, and that Allah will not waste the reward of the believers.” (Ali Imran; 169-171)

My husband, Amr Mohamed Kassem who was 26 years old, returned to his Lord on Friday after Asr. He was shot through his chin and the bullet exited the back of his neck. He was at a protest in Alexandria, calling for justice for all those who had been killed mercilessly by the army in the previous days and weeks all over Egypt.

Yesterday morning I went to the morgue at a nearby hospital in Alexandria to see Amr before he would be washed and buried in the next few hours. When I arrived, there were many people waiting outside the doors to see their own family members as many people were killed the same day as Amr. Some of Amr’s friends and relatives were there, too. After waiting for a while, I entered the room where his body was lying on a table, covered by a long blanket. I stood beside him and uncovered his face, and there he was, my love, lying there cold even though I had seen him strong and happy and smiling less than 24 hours before that moment. I stroked his beard, part of it was still soft, but part of it felt hard because of the dried up blood. His nose was bloodied and he had a cut beside his eye but he was beautiful, even in death – silent as though sleeping. I touched his lips and his cheeks, they were cold.

I stood there for some time looking at his face, feeling as though my heart was being repeatedly run over by a truck. I refused to cry loudly but tears were streaming down my cheeks, and I told him “I love you Amr, I know that you always wanted to die for the sake of Allah, and you got what you always hoped for inshaAllah, and I’m so proud of you. Ya Allah forgive his sins and accept him as a shaheed and reunite me with him in the hereafter. Ya Allah make me patient in knowing that it was his appointed time and that, by Your will and Grace, he is alive with his You as a shaheed.” I didn’t leave him until I was ready, I’m not even sure how long I was standing there. At the end, I kissed his cheek and told him that I would see him later inshaAllah, then covered his face and left the room.

The janaza was after Asr, there were hundreds of people there – his friends, his colleagues from school, extended family. He was a very beloved person to many. There was no dry eye, but everyone was speaking only good words and saying Alhamdulillah that Allah took him in the best way anyone can die in this world. We prayed on him, and I went outside to see a crowd of hundreds of men carrying his shrouded body towards the cemetery. The women didn’t follow, we were waiting until he was buried to go to his grave and make duaa. After some time, his mother and I and some female relatives walked towards to cemetery and were making our way to where he was. Suddenly I notice all the men around me yelling for us to go out the side door, to run. I didn’t understand what was happening but I started hearing loud bangs behind me, rocks being thrown at us and all the men telling the women to run. So I ran and ran without looking behind me, I was hit on my cheek by a large rock while I was running, but alhamdulillah, some of Amr’s friends saw me and told me to run ahead of them so they could be behind me and make sure nothing happened to me. The people who attacked us were thugs who had heard there was an “ikhwani” funeral (although my husband was not from the ikhwan, he was just a religious man who believed in something called right and wrong). Many people were injured, some with stab wounds, but as far as I know, there were no casualties alhamdulillah.

Even in death, Amr’s enemies hated him and all those around him! But their hate means nothing to me, after all if an enemy of God hates you, then that is a sign that you are, God-willing) on the right path.

Dear friends, my heart aches in a way I never knew a heart could ache. I miss him whenever I am awake and dream about him when I’m asleep. He was the best kind of husband a woman could ever hope for, kind, generous, soft and loving, but also strong and brave. His clothes are still hung up on the hooks in our room, as though he’s going to walk through the door and change into his pyjamas before he sleeps. His friend gave me Amr’s wallet and cell phone at the janaza, but his wedding band was missing, we still don’t know where it is…I wish that I had it.

But through all this, I can’t say anything except innalillahi wa inna ilayhi raji’un, and continue to make duaa for him. I refuse to dishonour him or myself by asking God “why” he took him or thinking “if only he hadn’t gone to the protest on Friday, he would be alive.” No, it was Amr’s time to return to Allah, I know that beyond a shadow of a doubt. And although I wish I had more time with him in the dunya, I sincerely look forward to reuniting with him and being his wife, if God allows me, in paradise. In jannah time does not end, there is no fear of being separated from your loved ones. I believe with every inch of my that our love was truly a love that can last from this world to the next.

Ya Allah, You reunited Musa’s mother with him after she put him in the river, ya Allah You reunited Yaqoub with his beloved son Yusuf after many years of painful separation. Ya Allah You are the Only One who can reunite me with my beloved in the hereafter, so Allah I ask you to not prevent me from being with him again.

Last night after we came home, we received a call from a friend of a relative – someone who had witnessed first hand what happened to Amr after he was shot. She told us that he didn’t die right away, he was alive for a few moments. His left hand was holding his chin where the bullet had entered, and his right index finger went up, and he said clearly “ashhadu anna la illaha ilAllah, wa ashhadu ana Muhammadun rasoolullah” and he had a huge smile on his face, as though it was his wedding day. When I heard this, I couldn’t help but cry that Allah had honoured me just by letting me know this wonderful person and allowing me to have his child.

My friends, your words of encouragement have not gone unnoticed. I have nothing but love and respect for you all, and I know now so much more than before that as Muslims, although we have many faults in our community, when we come together we are truly a force to be reckoned with. Your support and love and duaa have touched me greatly. I will undoubtedly need your continued duaa and support when I return to Canada inshaAllah.

I ask Allah to let me never stray from His path, for my own sake and my daughter’s, and also for Amr’s sake – to honour him in the way that Allah chose for him to die.