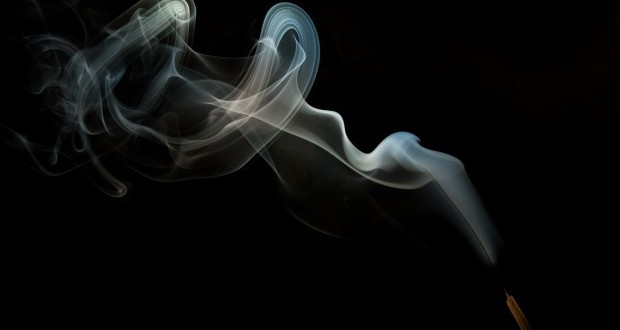 We know that we can never and should never tire from the discussion of sincerity and of reminding ourselves about its pivotal nature to a believer. With this in mind, what follows is a selection of texts that reflect the attitude and statements of the righteous generations regarding sincerity. As we read these let us reflect carefully on them and on ourselves!

A man said to the Companion Abu Dardāʾ: “Advise me.” He replied, “Remember a day when secrecy will be swapped for publicity.”

Muḥammad b. Isḥāq reported from ʿIkrimah bin Abī Jahl that when the Messenger of Allāh (sall Allāhu ʿalayhi wa sallam) conquered Makkah, he (ʿIkrimah) ran away, fleeing from him. When he was on the sea, headed for Ethiopia, the ship started to rock and the crew said: O people, pray sincerely to your Lord alone, for no one can save us from this except Him. ʿIkrimah said: “By Allāh, if there is none who can save us on the sea except Him, then there is none who can save us on land except Him either, O Allāh, I vow to You that if I come out of this, I will go and put my hand in the hand of Muḥammad and I will find him kind and merciful.” And so he went to him and accepted Islām. (al-Nasāʾī)

So many scholars viewed the aḥadīth on intentions to be the most fundamental ḥadīth. This ḥadīth is one of the aḥadīth around which the whole religion revolves, and it is related that Imām al-Shāfiʿī said, “This ḥadīth constitutes a third of all knowledge.” Imām Ahmad said, “The foundations of Islām are upon three aḥādīth:

– The ḥadīth of ‘Umar, ‘Verily actions are by intention’;

– The ḥadīth of ʿĀʾishah, ‘Whosoever introduces into this affair of ours that which is not part of it, then it is rejected’; and

Isḥāq b. Rāhawayh said, “The foundations of the religion are upon four ḥadīth:

– The ḥadīth of ‘Umar, ‘Verily actions are by intention’;

– The ḥadīth, ‘The halal is clear, and the haram is clear’;

– The ḥadīth, ‘Verily the creation of one of you comes together in the stomach of his mother for 40 days’; and

– The ḥadīth, ‘Whosoever invents into this affair of ours anything which is not part of it, then it is rejected’.”

Abu Dāwūd said, “I looked into the ḥadīth of the Musnad (i.e. of Ahmad) and it consisted of 40,000 aḥādīth. Then I looked again and (found that) the 40,000 aḥādīth revolved around 4 aḥādīth:

– The ḥadīth of Nuʿmān ibn Bashir, ‘The halāl is clear and the harām is clear’;

– The ḥadīth of ‘Umar, ‘Verily actions are by intentions’;

– The ḥadīth of Abu Hurayrah, ‘Verily Allāh is pure, and does not accept except that which is pure. And indeed Allāh ordered the Muslims with that which He ordered the Messengers’; and

– The ḥadīth, ‘From the excellence of ones Islām is his leaving that which does not concern him’.”

And also from Abu Dāwūd, “It suffices man that he knows from all these aḥādīth [the ones he collected in his Sunan] 4 aḥādīth:

– His saying, ‘Verily actions are by intention’;

– His saying, ‘From the excellence of a person’s Islām is his leaving that which does not concern him’;

– His saying, ‘The halāl is clear and the harām is clear’.”

And in another narration from him, “Fiqh revolves around 5 aḥādīth:

– ‘The halāl is clear and the harām is clear’;

– ‘Do not harm and do not reciprocate harm’;

– ‘Verily actions are by intentions’;

– ‘The religion is advice/sincerity’; and

– ‘What I forbade you from then stay away from it, and what I ordered you with then do as much of it as you can’.”

Many of them started their works with this ḥadīth. ʿAbdurRaḥmān al-Mahdi said, “If I were to write a book composed of chapters, I would place in every chapter the ḥadīth of ‘Umar ibn al-Khaṭṭāb to do with ‘actions are by intentions’.” Abu ʿUbayd said, “The Prophet (sall Allāhu ʿalayhi wa sallam) collected all the affairs of the Hereafter in one statement, ‘Whosoever introduces into this affair of ours that which is not part of it, then it is rejected,’ and all the affairs of this world in one statement, ‘Verily actions are by intentions.’ Place them in every chapter.”

Yaḥyā b. Abī Kathīr said, “Learn about intention for it is more far-reaching than actions.”

Ibn Abī Jamrah said, “I had hoped that among the scholars there would be some who would have no other occupation but to teach the people about their intentions behind their actions. And that they would be completely free to sit and teach only the dynamics of intention and its details, because many people fail only because they go astray in that regard.”

Suhayl was asked: What is the thing most difficult for the nafs (soul)? He replied: “To have ikhlāṣ, especially when the soul is not disposed towards it.”

Ibn Abī al-Dunyāʾ relates from Maʿqal Ibn ʿUbaydillāh al-Jazarī: “When the scholars met they would exhort one another with these words and if they were absent from each other they would write to one another, ‘Whoever rectifies his private state Allāh will rectify his public state; whoever amends what is between him and Allāh, Allāh will suffice him concerning that which is between him and his fellow people; and whoever pays concern to Allāh’s affair, Allāh will suffice him concerning his worldly affairs.’

Let’s also have a read of some remarkable tales of sincerity:

The wife of Hassan b. Abī Sinan said, “Hassan would come, and like tricking a child to sleep, enter with me into the bed until he knows that I had slept, he would sneak out and stand in prayer.“ I said to him, ‘O Aba Abdullah, how much are you going to torture yourself? Have compassion on yourself. He replied, ‘Be quiet and woe to you; it may be soon that I lay down and I do not get up from that for an extent of time.’

Dāwūd b. Hind fasted for forty years and even his family did not know it. He would take his lunch from them, but would give it as charity on the way. He would then return in the night and eat with his family.

“Some among the poor of Madīnah lived for many years not knowing who continuously delivered their livelihood to their places, and when Ali ibn al-Hussain died, they lost whatever [sustenance] came to them by night. After his death, it was said, grave marks were found on his back from the food-sack he used to carry at night to the homes of the widows and the poor.”

During a battle a man from amongst the Muslims came forward and duelled with one of the enemy. After he had killed him, he duelled with another and killed him, and then another and killed him. People gathered around this man wanting to know who he was but he was covering his face. ʿAbdah Ibn Sulaymān pulled one end of the cloth and saw that it was Abdullah Ibn al-Mubarak and Abdullah said rebuking him, ‘And you O Abu ‘Amr are one who wishes to expose me?”

Al-Mawardi authored works in Fiqh, Tafsīr and other fields and none of this was known during his lifetime. He hid them in a place no one knew of. When his death came near he told someone he trusted that he has books he authored in a certain place and that he did not publicise them because he did not feel he had a sincere intention. He instructed the person that once he sees that he is about to die if he squeezes his hand then know it has not been accepted of him and to take the works at night and dump them; on the other hand if he does not squeeze his hand then know they have been accepted and that he has achieved what he hoped from Allāh.” The man said, when his death approached I put my hand in his hand and he opened his hand and did not squeeze mine, so I knew that it was a sign of acceptance and I publicised his works after that.

It is reported that when Ibn Abī Laylah prayed at night, if someone entered his house, he would lie down on his bed as if he was sleeping.

The early generations were known for not describing themselves as sincere; hiding their actions; fearing a display of pretence; and would not readily show their knowledge and conceal their weeping and so on, may Allāh have mercy upon them all. What an amazing living example they set for us to emulate; it is not beyond us but requires steadfastness and a constant connection to our Lord and the realities of faith so that He may turn to us and give us the success to be of those who are sincere in their practice of religion to Him. May Allāh make us all of those…Ameen.