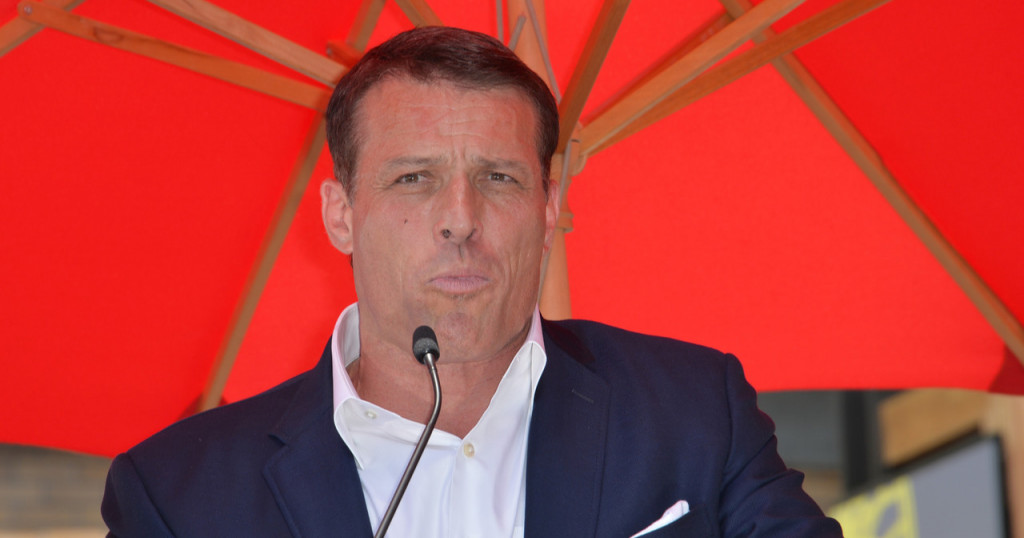 Towards Improving Our Quranic Character – Sacrifice: “Preferring Others over Themselves even though they are in Need of that”

In the previous article, we visualised how one can reach the peak in this Quranic character of sacrifice when Abu Bakr gave away all his wealth, seeking the pleasure of Allah. We also gained insight on how one can reach the peak, that is to overcome tough challenges like that of Abu Hurayrah’s. He was commanded to prefer others to drink from the bowl of milk even though he was in dire need of it himself, admitting he felt upset, yet still submitted. We also realised the importance of inculcating this trait within our families, thus easily spreading a new culture of moral revival via nuclear families, in turn establish happier communities. The third article for this series will help us to further sharpen our understanding of this Quranic character through analysing an incident in the life of Tony Robbins.

The Ṣadaqah that is Most Superior in Reward

To realise how virtuous the Quranic quality of “preferring others over themselves even though they are in need of that” really is, let us analyse the following hadith narrated by Abū Hurayrah:

“A man came to the Prophet ﷺ and asked, ‘O Allah’s Messenger ﷺ! Which charity is the most superior in reward?’ He replied, ‘The charity which you practice while you are healthy, niggardly, afraid of poverty, and wish to become wealthy. Do not delay it to the time of approaching death and then say, “Give so much to such and such, and so much to such and such.” And it has already belonged to such and such (as it is too late).’”[1]

This hadith highlights four states: healthiness, niggardliness, fear of poverty, and the wish to become wealthy. If a person were to be in these states and still give in charity, this would yield the greatest amount of rewards in terms of charity. We all intuitively realise how in relative terms it is naturally harder to donate charity during these states than otherwise, ceteris paribus.[2]

Giving charity whilst in these states develops the Quranic trait of sacrifice embodied in the verse “preferring others over themselves even though they are in need of that”. How so? It is due to the fact that in a general sense, giving charity whilst in these states requires you to go against your wants, desires, and even needs. As for going against your needs, we can relate it more to the state of “fearing poverty”. This is due to one giving in charity despite fearing that they might need this wealth in the future. Therefore, this hadith is a good motivation for us to instill this grand and noble quality of sacrifice within us. By doing so, it can be a means by which we reach the ranks of as-Ṣiddiqīn (the truthful ones) inside Jannah al-Firdaws (the highest level in Paradise).

It drives one to become the best of people

Realise that developing this Quranic quality leads you to becoming the best of people. How so? Jābir reported:

“The Messenger of Allah ﷺ said: ‘…the best of people are those who are most beneficial to people.’”[3]

Fulfilling the ‘needs’ of people is much more beneficial to them than fulfilling their ‘wants’. To reinforce this point, let us look at what Ibn ʿUmar reported:

“The Prophet ﷺ said, ‘The most beloved people to Allah are those who are most beneficial to people. The most beloved deed to Allah is to make a Muslim happy, or to remove one of his troubles, or to forgive his debt, or to feed his hunger. That I walk with a brother regarding a need is more beloved to me than that I seclude myself in this mosque in Madinah for a month.’”[4]

The benefits of practicing the noble Quranic quality of “preferring others over themselves even though they are in need of that” can even be experienced by the non-believer. For instance, we may consider the example of Tony Robbins. He is “arguably the most famous life guru and wealth coach”, and has “built a personal fortune worth $500 million dollars”.[5]

Robbins repeatedly shares an incident where he learnt a great lesson about sacrifice, and which he continues to try and live by. During his early life, he found himself facing difficult financial circumstances. It ultimately reached the point where he was living inside his car, as he did not have a place to stay. Then arises an incident where a valuable lesson is learnt about sacrifice:

There was a time in Robbins’ life when he was “completely broke (again).” He had only $26. So he decided to attend a restaurant and treat himself with an “all-you-can-eat special.” Through this treat, he sought to remain pragmatic. Whilst he was finishing his meal, an incident caught his attention. A young boy comes in, opening the door for his mother. He then “pulls the chair out for her.” The good manners he displayed towards his mother earnt him Robbins’ respect and admiration. As a result, Robbins gives the boy all he had left, which was around $17 (after he paid for his all-you-can-eat special). With this amount, the boy could afford to take his mother out for lunch. Robbins, after giving him the $17, quickly left the restaurant. “I should have been freaking out. I should have been more scared than I have ever been before. How was I even going to eat?” Robbins said. When he went home, he received a letter from the mailman. Inside it was a cheque from a friend whom he had previously loaned a thousand dollars. The cheque was written for a little more than the thousand dollars. This amount would help Robbins “get by for another month or two.” From this incident, Robbins learnt a valuable mindset that “whatever you give, will always come back to you.” Finally, he shares his experience of the benefits that arise when giving: “I become more productive. I find creative solutions to problems. I find strength when I’m exhausted. I don’t get ensnared by the ‘tyranny of how’ because I’m so certain about the WHY I do what I do”[6]

In this episode, we can see how Tony Robbins needed the money he had left over after paying for his food. This is to the extent that he expresses: “I should have been freaking out. I should have been more scared than I have ever been before. How was I even going to eat?” Yet he decides to give all that he had left – 17 dollars – to the boy, after acknowledging the good manners he displayed towards his mother. He gave it, willing to be patient whilst also satisfied internally. Soon after, he receives a cheque that was enough for him “to get by for another month or two”. Due to this incident, he ascertained the mindset that “whatever you give, will always come back to you.”

Whatever a person is blessed with, it is undoubtedly from Allah. He is the One who allows the universal principle of “what goes around comes around” to manifest. How immaculately Robbins’ conclusions are in line with the universal law we have been taught by Allah through His Messenger ﷺ when he said: “Charity does not decrease wealth…”[7] However, as Muslims we believe that if this action of “preferring others over themselves even though they are in need of that” was done not for the sake of Allah, they do not receive any share of its rewards in the Hereafter. This is so long as they continue to live in this world without believing in Allah. As Allah says:

In the final article for this series, we will in Shā Allāh (if Allah Wills) extract benefits from this Quranic character including the potential economic impact. Thereafter, we will conclude the article, highlighting the implication on individualism.

[2] With other conditions remaining the same; other things being equal [Oxford Languages].