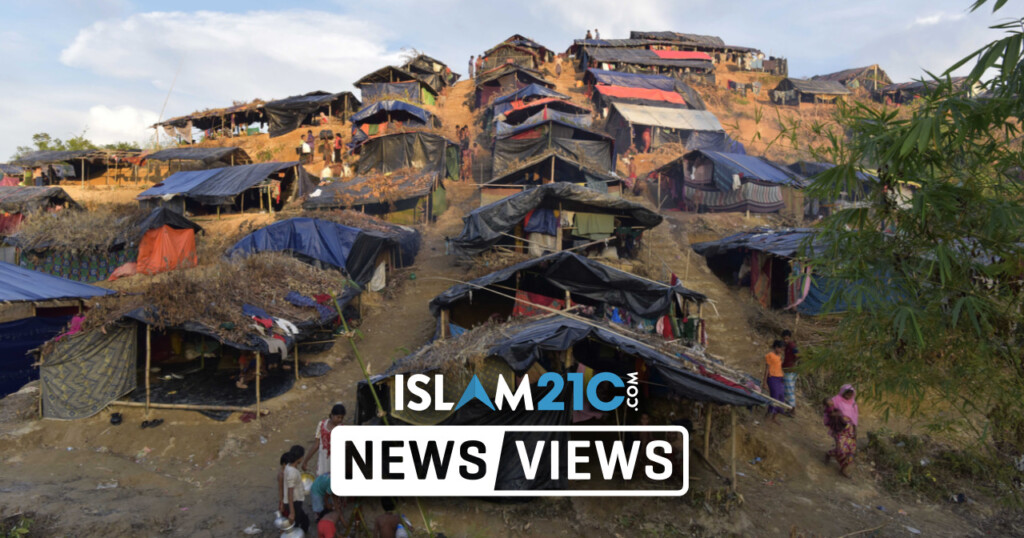 Despite widespread national and international opposition, Bangladeshi authorities are continuing to forcibly relocate tens of thousands of Rohingya refugees to the island of Bhashan Char in the Bay of Bengal. The island, formed in 2006 by Himalayan silt deposits, is approximately 15 square miles and sits only 40 miles away from the mainland.[1] [2]

Al Jazeera reported that on 4th December, over 1,600 refugees were transported to Bhashan Char from the port city of Chittagong. Another 1,000 refugees are expected to be moved to the island later this month. However, many have been unwilling to be relocated as they remain convinced that living conditions will be inadequate on their arrival.[3]

“My family didn’t want to go, they are taking them by force… If my family go there, to the island, they will die because of floods…” [3]

Another refugee, Hafez Ahmed, was concerned about the forced move by authorities:

The plans have been in the making for the past five years, and have been described by the advocacy organisation Refugee International as “nothing short of a dangerous mass detention of the Rohingya people in violation of international human rights obligations.” Almost 100,000 Rohingya people are being transferred to an oft-flooded island that is regularly at risk of severe weather patterns and storms, including cyclones.[4] [5]

A Reuters infographic article in 2018 noted that British and Chinese engineers have been involved in the transformation of the island,[6] and that the Bangladeshi government is planning to build over 1,000 buildings to house the relocated Rohingya refugees.

“The plan is for the 1,440 buildings to be home to 100,000 Rohingya refugees. Based on the measurement in the architectural plans seen by Reuters, each refugee will have an average of 3.6 square metres in covered living area. It barely meets the U.N.’s emergency minimum standard of 3.5 square metres per person.” [6]

Originally conceived by the Bangladeshi government in June 2015, the plan entails moving a large number of the refugees from two of the largest refugee camps in Cox’s Bazaar, Balukhali and Kutupalong, whose dwellers have refugee status and therefore receive UN support in the form of food, water, and shelter.

The Bangladeshi government is hoping that by transferring the roughly 100,000 Rohingya refugees to Bhashan Char, the pressure faced by the camps in Cox’s Bazaar will be eased. The Kutupalong refugee camp is already the world’s largest refugee camp, with over half a million inhabitants.[7]

However, the United Nations High Commissioner for Refugees (UNHCR) – the UN agency tasked with ensuring the rights of refugees around the world – has repeatedly warned that conditions on Bhashan Char are at the very least “logistically challenging”. In 2015, an official from the Bangladesh Forest Department described the sheer uninhabitable nature of the isolated island:

“At high tide the entire island is under three to four feet (about a metre) of water… It is impossible to live there [and akin to] compelling a guest to sit on a spiked chair after inviting him to your home”. [5]