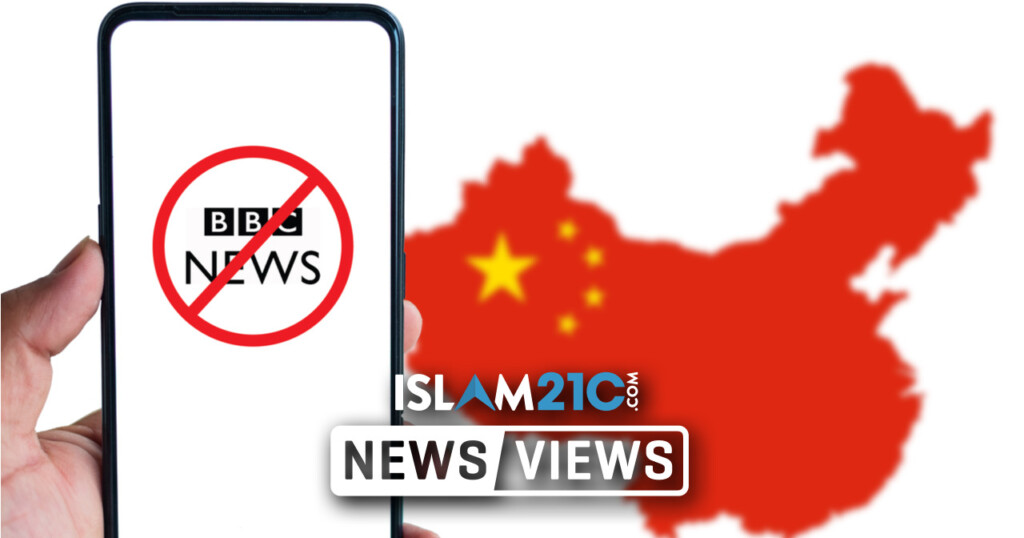 After Chinese authorities abruptly banned the BBC’s World News channel from being aired in the country from Thursday, the recently appointed Director-General of the BBC has cautioned the need for worldwide press impartiality and freedom to report on global affairs in an objective and factual manner.[1] [2]

In a statement released via the BBC’s Press Office on Twitter, Tim Davie warned of “significant and growing global threats to the free media,” saying that “media freedom matters… This is not just about stopping the BBC from broadcasting news in China…”[3]

Statement from Tim Davie, BBC Director-General, on media freedom in China and the banning of @BBCWorldService in Hong Kong: https://t.co/MtXR1VoJYq pic.twitter.com/uVlDXAkxys

The Chinese government has been accused of taking tit-for-tat retaliatory measures a week after the China Global Television Network (CGTN) had its broadcasting licence revoked in the UK by media regulator Ofcom.[4]

The 4th February decision by Ofcom to strip CGTN of its right to broadcast was based on concerns surrounding editorial responsibility. A bulletin by the communications regulator stated:

“Ofcom has today withdrawn the licence for CGTN to broadcast in the UK, after its investigation concluded that the licence is wrongfully held by Star China Media Limited…”

“Our investigation concluded that Star China Media Limited (SCML), the licence-holder for the CGTN service, did not have editorial responsibility for CGTN’s output. As such, SCML does not meet the legal requirement of having control over the licensed service, and so is not a lawful broadcast licensee.”

“In addition, we have been unable to grant an application to transfer the licence to an entity called China Global Television Network Corporation (CGTNC). This is because crucial information was missing from the application, and because we consider that CGTNC would be disqualified from holding a licence, as it is controlled by a body which is ultimately controlled by the Chinese Communist Party.”

“We have given CGTN significant time to come into compliance with the statutory rules. Those efforts have now been exhausted.” [4]

China has recently attacked the BBC for its extensive reporting on the plight of the Uyghurs, as well as on the country’s response to the coronavirus pandemic.

The Chinese leadership is clearly rattled by the BBC’s reporting of the facts concerning the severely oppressed Uyghur Muslims and the country’s apparent cover-up of the true scale of the effects of COVID-19. The Chinese Communist Party appears afraid that people are waking up and paying closer attention to these two ongoing humanitarian crises.

Following the ban on the BBC’s World Service on Thursday by China’s National Radio and Television Administration (NRTA), the BBC expressed its disappointment at the news.

In a statement, the broadcaster said:

“We are disappointed that the Chinese authorities have decided to take this course of action. The BBC is the world’s most trusted international news broadcaster and reports on stories from around the world fairly, impartially and without fear or favour.” [1]

This exchange of bans between the UK and China could potentially open the door to further ramifications, particularly for other state broadcasters such as those of the US and other countries that have been reporting on the situation of the Uyghur people.

According to the NRTA, the BBC did not meet “the requirement that news should be truthful and fair”. The NRTA also added that any news broadcasted in China should not “harm China’s national interests”. [1]

“…this latest step will only damage China’s reputation in the eyes of the world.”[5]

China’s decision to ban BBC World News in mainland China is an unacceptable curtailing of media freedom. China has some of the most severe restrictions on media & internet freedoms across the globe, & this latest step will only damage China’s reputation in the eyes of the world.

The BBC recently published a thorough account of the horrors faced by numerous Uyghur women living in Xinjiang’s prisons. In it, the special report delves into the constant torture, rape, and sexual abuse experienced by such women.

One particularly harrowing case was that of a woman named Ziawudun:

“Sometime after midnight, they came to the cells to select the women they wanted and took them down the corridor to a “black room”, where there were no surveillance cameras.”

“Perhaps this is the most unforgettable scar on me forever… I don’t even want these words to spill from my mouth.”[6] 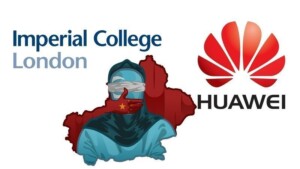 Stop the unethical deal between Imperial College London and Huawei