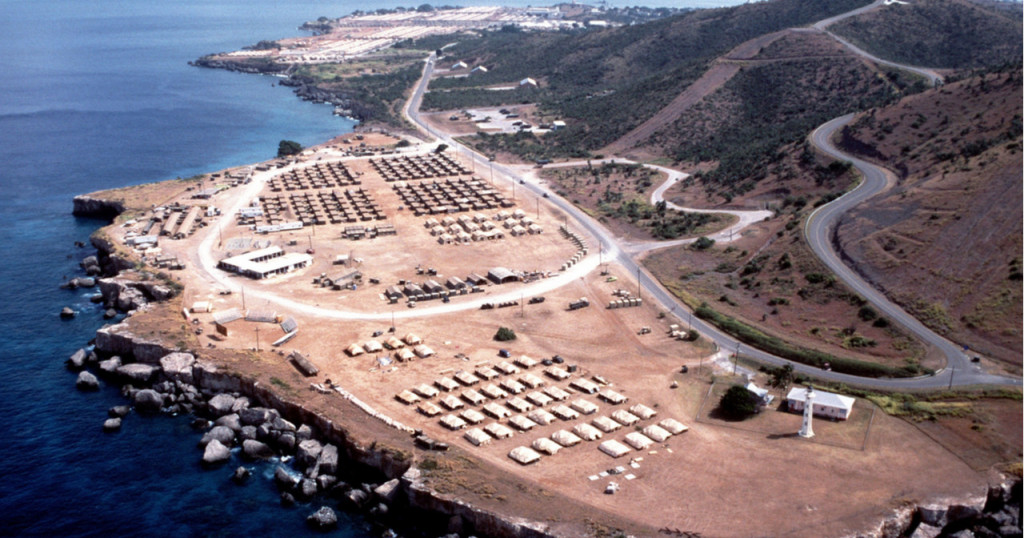 Yesterday marked 20 years since the opening of the Guantanamo Bay Detention Prison, which is the world’s “infamous symbol of kidnap, torture, and indefinite imprisonment without charge or trial”.[1]

“20yrs ago I watched in horror as I saw images of men kneeling in orange jumpsuits with their eyes, ears and mouths forcibly covered. I couldn’t have imagined that I would soon be among them. I’ve endured kidnap, torture, imprisonment without trial and I saw a man murdered.”[2] 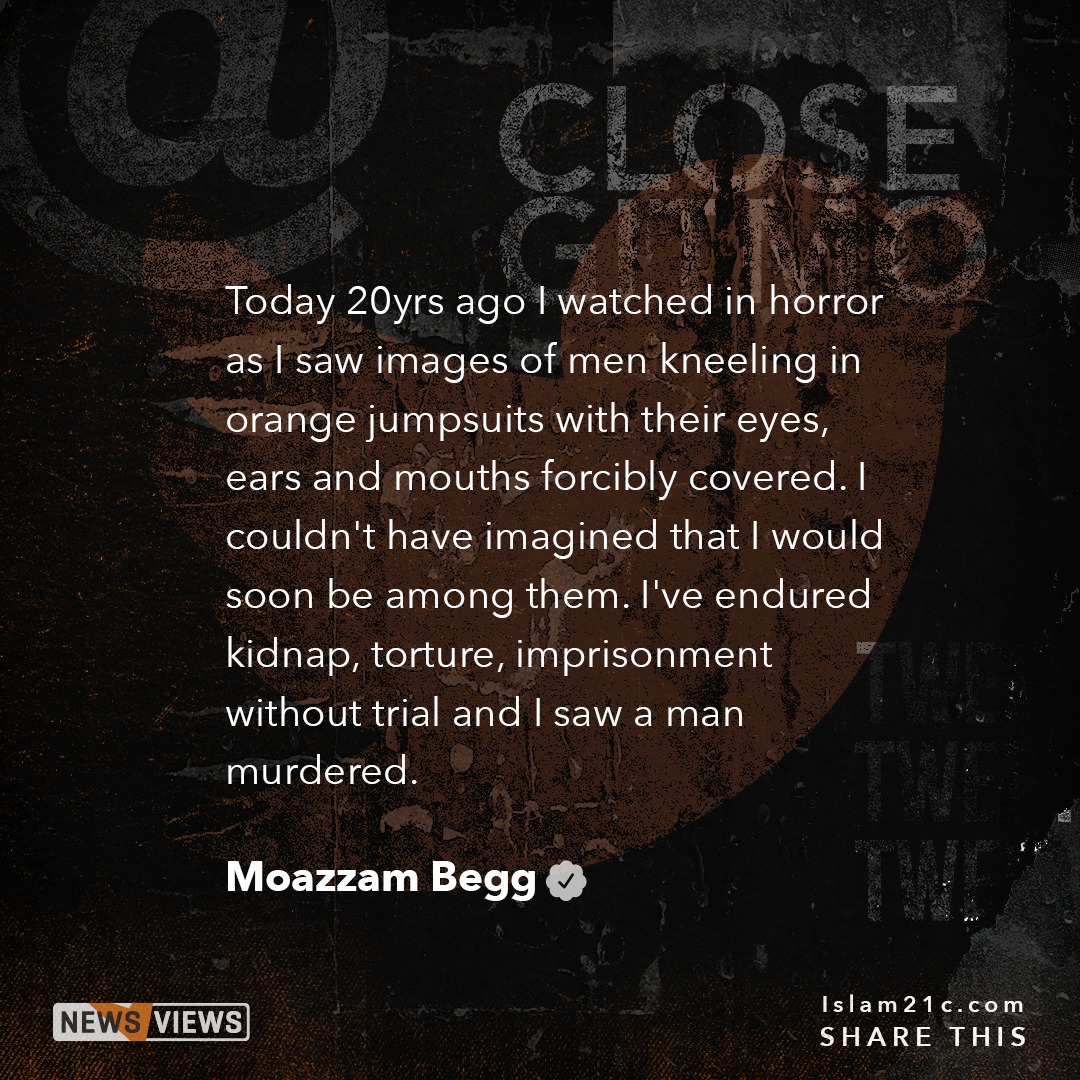 Since its opening on 11 January 2002, 779 people from 41 different countries all over the world have been detained without being successfully tried or convicted for their alleged involvement in 9/11.1 New statistics released by the Watson Institute in Brown University have outlined the costs that the United States has had to pay for its unlawful detentions and interrogations; for the 20 years that the prison facility has been open, 119/779 men were subject to dehumanising conditions, brutal detention techniques, and interrogation programmes.[3] $540 million have been expended from the wealth of taxpayers per year in order to detain prisoners at Guantanamo. 39 men are currently still detained, 27 of whom are forcibly held without charges.3

The ‘Global War on Terror’ campaign orchestrated by the Bush administration sought to exclusively target Muslims, which is reflected in the fact that all detainees at Guantanamo are Muslim males. Many reflect on the 20 years of countless atrocities carried out by the administration, as well as FBI and CIA agents. During this lengthy time period, the victims of such abuses have been deprived of their basic rights. Moazzam Begg states: “The legacy of this place is imprisonment without trial, torture, the absence of the rule of law, the removal of the presumption of innocence.”[4]

The US administration and its internal allies orchestrated and authorised the detention and torture of hundreds of innocent Muslim men all over the world, yet no US government official or ally has been held to account for their crimes.[5] In an open letter to US President Joe Biden, former Guantanamo prisoners urged the President to take heed of his predecessors’ mistakes by stating: “President Bush opened it. President Obama promised to close it, but failed to do so. President Trump promised to keep it open. Now, it is your turn to decide.”[6] The letter pays attention to the arbitrary injustices faced by prisoners, which include human trafficking, abduction, physical and psychological violence, as well as religious discrimination.6 The letter most importantly urges Biden to close Guantanamo through 8 clear steps.6

To mark two decades of Guantanamo, CAGE has launched Closing Guantanamo, a website which showcases exclusive interviews with detainees, presents prisoner artwork, and shares a wealth of resources for public use and access.[7] “The website captures in detail, through first hand testimonies, the extent of the abuse and violation of human rights and dignity at the US prison in Guantanamo Bay. America must show that it is ready to correct the wrongs of the past. Two decades on, President Biden must now close Guantanamo.” It additionally highlights the campaign to close Guantanamo Bay by enacting the 8-point plan developed and endorsed by former prisoners.

CAGE also encouraged leaders of the Muslim community to take part in a khutbah this Friday to:

1) Build awareness of the forgotten prisoners in GITMO.

2) Remind the Ummah the importance of standing up for justice.

3) Inspire, empower, and have a positive impact on the community.

As Begg states: “Guantánamo Bay was built to house an exclusively Muslim male population. It causes deep distrust in what America says and stands for. Closing it for good, and ending this injustice, is not only possible but a must.”

We also urge the community to take part in this ongoing campaign to #CloseGuantanamo. 20 years of injustice and oppression have been carried out against not only prisoners of Guantanamo, but many others have also been subject to torture by the same administration in public and secret torture facilities all over the world. This has been mobilised under the façade of the ‘War on Terror’, whose false narratives have found their way into our institutions, policies, and law, which only further deprive Muslims of their rights.

The Messenger of Allah ﷺ said:

“A believer is like a brick for another believer, such that one supports the other.”[9]

We ask Allah عز و جل to hasten the Ummah to success, to free our brothers of their unjust detention, and aid members of the Ummah in being true allies of one another.