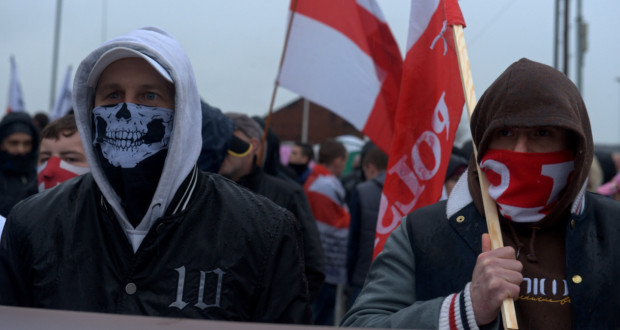 A 17-year-old far-right extremist from Wiltshire has been slapped with a whopping £22 court surcharge after being convicted of a terrorism offence. The boy, who cannot be named due to legal reasons, had planned to murder more than 10,000 people, in addition to “shooting up a mosque”. Despite being classified as a juvenile offender due to his age, the boy was spared spending a stint in a young offender institution. Instead, in addition to the £22 penalty – which is hardly set to act as a deterrent to potential copycats – the teenager has been handed a 24-month rehabilitation order. [1] [2]

The boy, who pleaded guilty to possessing material likely to be useful to a person committing or preparing an act of terrorism, will now be required to serve his two-year non-custodial sentence. The penalty, which is formally known as a Youth Rehabilitation Order (YRO), may include requirements such as exclusion from specified locations, drug testing, education, curfew, mental health treatment, and a raft of other measures. Very few details have been provided regarding the teenager’s specific sentence composition. [2]

Explaining how the 17-year-old’s murderous intentions were relayed to authorities, a spokesperson for Counter Terrorism Policing South East (CTPSE) said that “concerned” members of the public had reported the boy. This was shortly after he had made “numerous racist comments” on online forums. The teenager was initially arrested on 18 June last year, with a search of the property revealing a handwritten note entitled “The Big Plan”. [1]

“[He] had talked about wanting to kill Muslims by ‘shooting up a mosque’. This contained details of how to make a bomb, a number of named locations and individuals who were believed to be aspirational targets, and an intention to kill in excess of 10,000 people.” [1]

The Head of CTPSE, Detective Chief Superintendent Kath Barnes, expressed gratitude to whistleblowers who had contacted the anti-terrorism hotline in relation to the boy’s threatening behaviour. Barnes said in a statement:

“I know this case may be concerning to certain members of the community who were the target of the atrocious hatred. We have seen an increase in the proportion of our investigations from the threat from extreme right-wing terrorism who wish to cause harm in our communities. We take that threat very seriously and this is why the whole of the counter terrorism community, as well as the whole of society, has a role to play in tackling it.” [1]

While Barnes attempted to console and allay fears amongst the Muslim community in Wiltshire and the South West, the fact remains that so-called Islamist offenders receive custodial sentences that are often three times lengthier than their far-right counterparts. Indeed, research conducted by the Henry Jackson Society for the years 2015 to 2019 found that ‘Islamists’ received on average 73.4 months of sentencing, compared with 24.5 months for far-right offenders. In addition, this is notwithstanding the British government’s apparent desire to view both forms of extremism in the same way. While the Henry Jackson Society is notorious for being a neoconservative Islamophobic thinktank, this particular study authored by Nikita Malik is worth referring to, as there is evidently bias within the criminal justice system. [3]

“The lack of far-right groups subject to proscription in the UK, when compared to Islamist groups, has left the authorities reliant on hate-crime legislation rather than specific terrorist offences which carry heftier sentences. The government needs to keep this situation under review in a fast-moving online world, where offending causes real and significant harm.” [3]

It is true that a number of far-right organisations including the commonly known National Action, the UK-founded Atomwaffen Division and Sonnenkrieg Division, and the Estonia-founded Feuerkrieg Division have been proscribed in recent years. However, such restrictive state measures have come very late in the day. [4]

When the British government announced that it would ban the neo-Nazi Sonnenkrieg Division in February 2020, the MP Stephen Doughty told The Guardian:

“This is a very welcome but hugely overdue decision. I and others – including journalists and organisations like Hope Not Hate – have repeatedly urged tough action on these sick, twisted neo-Nazi organisations for the last few years. Yet despite repeatedly meeting ministers and officials in private and raising concerns in public it has taken until now for them to be banned.

“The government need to wake up to the threat posed by these extreme right organisations – who would seek to target communities from Muslims to Jews, the LGBT community and anyone who doesn’t meet their white supremacist criteria.” [5]