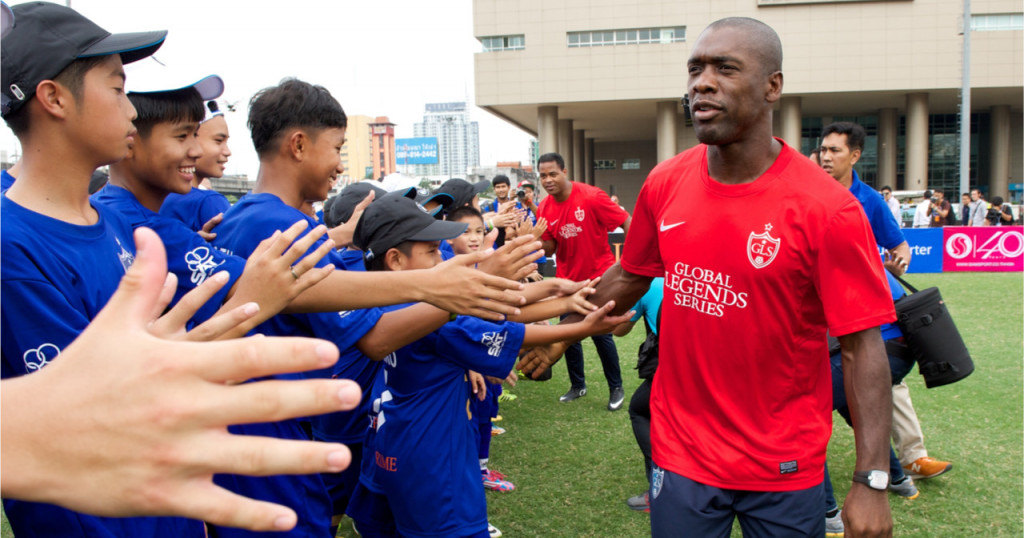 In welcome news, the Dutch football legend Clarence Seedorf has accepted Islam just days prior to the month of Ramadan. It is understood from local media that he took the major step whilst in Dubai, UAE. [1]

The former top international player Seedorf is revered in the Netherlands as one of the most successful and decorated players in the country’s history. In addition, in Champions League lore, he holds the record of being the first and only player to date to have won the League title with three different clubs. On his journey to becoming a Muslim, Seedorf announced in a March 4 Instagram post that he had decided to revert; the former player and manager stated,

“I’m very happy and pleased to join the all Brothers and Sisters around the world especially my adorable Sophia who has taught me more in depth the meaning of Islam.” [2]

45-year-old Clarence Seedorf is a former Real Madrid midfielder, in addition to having had played stints at Ajax, AC Milan, and Inter, among others. Representing his country on an international level 87 times, Seedorf was also viewed as an intellectual figure in the world of football – during his time at Milan, he became known as “Il Professore” after he pursued and successfully completed a master’s degree in business at the prestigious SDA Bocconi School of Management.

Originally hailing from the South American country of Suriname, Seedorf is also part of a larger family of prominent footballers. Indeed, Clarence’s brothers Jurgen and Chedric are former players, as was their late father, Johann, who played and also worked as an agent. In addition, the nephew of Clarence, Collin Seedorf, is also a footballer. [3]

In the tail end of 2021, Seedorf collaborated with the retired undefeated Muslim UFC legend and former champion of the world Khabib Nurmagomedov, in launching Seedorf Khabib Performance Club. The joint football academy fuses a bespoke training “methodology which combines football and mixed martial arts” and the pair kick-started the joint campaign in Dubai. [4]

The former Dutch international said at the time of the launch of the Seedorf Khabib Performance Club,

“We have the same mission in life. We want to give something back to the young generations… We are going to bring in the knowledge, the coaches and methodology, monitoring and supporting from a marketing point of view to support the growth of each venue and each partnership.” [5]