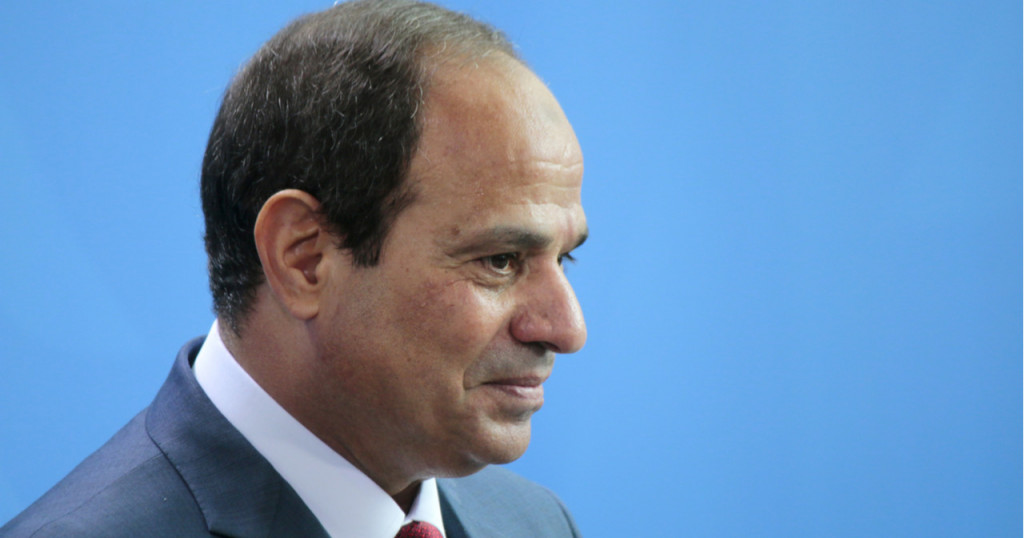 It is well understood that Egypt has suffered from an abysmal human rights record for decades due to its past leaders, such as the dictators Hosni Mubarak and Gamal Abdel Nasser. Now, the incumbent head Abdul Fattah al-Sisi follows their example by crushing dissent and barring views that go against the official doctrine. There are reportedly 60,000 political prisoners languishing behind bars in Egypt.

Despite this disturbing fact, the north-eastern African nation is set to launch an audacious joint bid with the European Union to co-chair the Global Counterterrorism Forum (GCTF) – an entity that wields significant clout over counterterror legislation around the world and describes itself as a platform for bringing together both “expertise and resources to prevent, combat, and prosecute terrorist acts and counter incitement and recruitment to terrorism”. Various organisations – including advocacy group CAGE and the worldwide investigatory organisation Human Rights Watch (HRW) – have condemned the planned EU-Egypt bid. [1] [2]

Originally revealed following a leaked Council of the European Union document, CAGE has responded sharply to the EU-Egypt bid for ultimate GCTF control, with a press release damningly describing the move as exposing the “moral and political bankruptcy of the global ‘counter-terrorism’ industry”. [3] [4] Indeed, while decrying the “destructive” approaches that the GCTF has previously taken, the grassroots advocacy group added the following observations on the matter:

“…the fact that two countries (Egypt and the EU currently lead by France) with well documented track records for abysmal treatment of minorities and political dissidents are seeking leadership positions illustrates the shocking state of affairs of the outfit.” [4]

The GCTF has a leadership structure that calls for joint chairs or “co-chairs”, which rotate once every two years. Canada and Morocco are the incumbent co-chairs and their term will end in September of this year; the joint Egypt-EU bid for the chairmanship is due to be decided at a March meeting of constituent nations. Made up of thirty founding members which consist of a diverse range of countries such as Pakistan, the United States, the United Kingdom, Saudi Arabia, Switzerland, and Turkey, the organisation was established in 2011 in New York. In the present day, the entity works closely with the UN and other partners in seemingly tackling terrorism.

In CAGE’s press release on the bid, the organisation shed light on the similarities between Egypt’s al-Sisi and France’s Emmanuel Macron.

“The Egyptian government under General Abdel Fattah el-Sisi has been conducting a violent crackdown on political dissent for nearly a decade – including under the guise of ‘countering terrorism’ – with the tacit approval of Western governments. This includes the incarceration of at least 60,000 political prisoners, 5,000 enforced disappearances and the use of systematic torture, as well as the 2013 Rabaa Al-Adawiya massacre, which resulted in the deaths of almost a thousand peaceful protestors under the pretence of preserving national security.” [4]

Juxtaposing the former nation’s state of affairs with the situation in France, CAGE added:

“Meanwhile under the Presidency of Emmanuel Macron, the French state has prosecuted a systematic persecution of Muslims in France, including through a spate of repressive laws such as the ‘Anti Separatism Law’ and the dissolution of Muslim organisations by decree under the so-called ‘Systematic Obstruction’ policy.

“President Macron has also made his international ambitions clear, by attempting to secure France a leadership role within the European Union, as well as seeking to export his securitised approach towards Muslims to fellow EU states.” [4]

Concurrently, HRW has described the joint bid for GRTF leadership as an “affront to rights”. In addition, the organisation’s EU Advocate Claudio Francavilla describes Egypt as a “human rights black hole” following al-Sisi’s rise to the presidency in 2013. [1] Francavilla further lists dozens of examples of rights abuses perpetrated by the Egyptian leader’s security forces, including the detention and killings of Muslim Brotherhood members and various pockets of opposition throughout Egyptian society.

“Tens of thousands of real or perceived Muslim Brotherhood members have been jailed since the government outlawed the group as ‘terrorist’ in 2013. Thousands of members were sentenced to long prison terms following grossly unfair mass trials before military courts. Other alleged dissidents didn’t make it to trial, as they were instead executed by security forces in operations poorly disguised as shootouts.

“…the joint bid under consideration would go beyond the usual mere hypocrisy and dodgy backdoor deals: it would be an open affront to the peaceful Egyptian critics who have paid a high price for their efforts to secure human rights and a democratic future for their country, and whom the state has labelled as “terrorists” for daring to do so.” [1]

HRW also added that the EU has not acted with enough zeal in addressing Egypt’s human rights crisis, with “its awareness of the country’s poor rights record” not being a limiting factor when “handing unconditional military, political, and economic support to Egypt’s abusive government”. [1]

In addition to HRW and CAGE denouncing the planned bid for the GRTF co-chairmanship, more than 170 European parliamentarians have signed a letter that calls on the UN to scrutinise the human rights situation in Egypt. The letter comes close to a year after 32 countries delivered a joint “declaration of concern” to the UN regarding rights abuses under president Abdul Fattah al-Sisi, who swooped into power after deposing the country’s first elected president, the late Dr. Mohamed Morsi (raḥimahu Allāh), in 2013. The German MEP and member of the Green party, Hannah Neumann, said of the letter, “Enough is enough”, while telling the German news publisher Deutsche Welle: “This letter aims to increase international pressure on Egypt at UN level…Establishing a [monitoring mechanism] would send a strong message to Egypt from the international community that the ongoing repression of its population will no longer be tolerated.” [5]