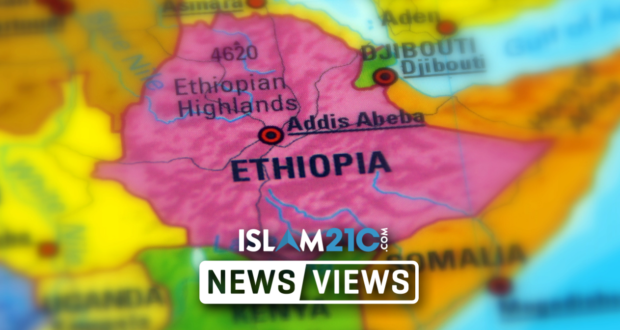 Ambachew Mekonnen, the president of Ethiopia’s Amhara region, and his top advisor have been killed in an attempted coup whilst the military’s chief of staff was also murdered in the capital, Addis Ababa.

According to the office of Prime Minister Abiy Ahmed, a hit squad led by Asaminew Tsige, Amhara’s security chief, interrupted a meeting led by Mekonnen in the regional capital Bahir Dar on Saturday and shot the president and his adviser Ezez Wassie.

The attempted coup has been described as a coordinated attack by mercenaries as General Seare Mekonnen, the chief of staff of the national security forces, was also killed in his home by his body guard. A retired general who had been visiting him was also killed.

The prime minister’s office has said that the situation in Amhara is under the control of the Federal and Regional Government and, in accordance with the constitution, is being led by the vice president, Lake Ayalew. On Monday, the Ethiopian government confirmed that the rebellion in Amhara and the attempted coup had been defeated.

“The Federal Government remains committed to ensuring national security and through the command of the of Prime Minister Abiy Ahmed, various tasks are underway. In this regard we encourage citizens to also be guardians of peace and support all efforts in holding suspected individuals accountable.”

Asaminew Tsige fled the scene of the attack and has been on the run since but the body guard who killed the army’s chief of staff has been arrested. According to Brigadier General Tefera Mamo, who heads the special forces in Amhara, “most of the people who attempted the coup have been arrested, although there are a few still at large”. [2]

The failed attempted coup reveals the deep-rooted political and social divisions that are present in the north-eastern African state, which is host to an array of ethnic groups and autonomous regions.

Ahmed, who came to power last year, has led a wide range of reforms, from releasing political prisoners, decriminalising political parties, lifting restrictions on the media and press, and prosecuted public officials accused of committing mass human rights abuses. He has also liberalised the economy, integrating it with the global economy and has even signed a peace treaty with Ethiopia’s once rival, Eritrea.

“It is now critical that actors across the country do not worsen the instability by reacting violently or trying to exploit this unfolding situation for their own political ends.”

Although Ahmed’s reforms are popular and have been welcomed by the populace after decades of autocracy, they have led many in the country’s autonomous regions to take up arms and fight against the government to win more autonomy and even independence.

Parliamentary elections are due to be held next year in Ethiopia and several opposition parties have urged the government to not postpone the polls regardless of the rising ethnic unrest.