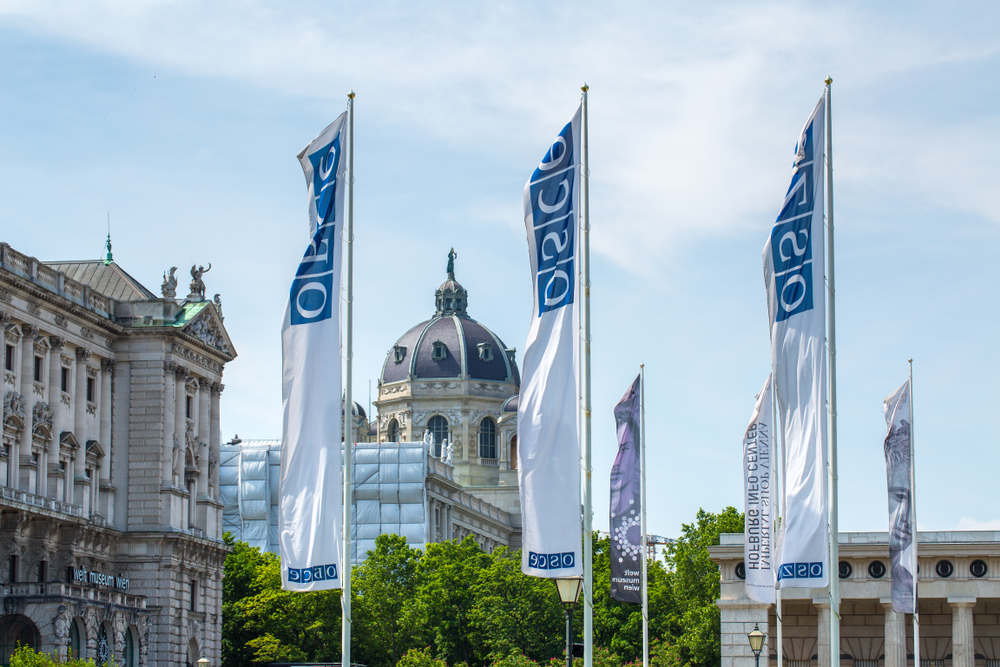 Muslims living in European countries have long been aware of the Islamophobic attitudes that are espoused by not only majority ethnic groups, but also by their respective governments. Indeed, in countries such as the UK, anti-Muslim workplace behaviours have been widely documented, while the UK government’s so-called anti-radicalisation policy, Prevent, is widely viewed as a tool that deliberately targets Muslims. Within British workplaces, a BBC piece in July of 2022 heard from the charity Islamophobia Response Unit, which has received reports of prayer mats being stolen, as well as verbal and physical abuse committed against Muslims. Unfortunately, this is just the tip of the iceberg when it comes to anti-Muslim abuse. [1]

In other countries such as Austria, the international justice group CAGE has argued that there have been repeated attempts to “silence and criminalise Muslim communities through fear and intimidation”. Moreover, through the infamous Operation Luxor police raids of 2020 – Austria’s single biggest peacetime police operation in history – dozens of innocent Muslim lives were turned upside down based on intelligence that was later criticised for being unreliable. During the Operation Luxor raids, 30 Muslim families were unnecessarily raided in a costly mission that required in excess of 930 law enforcement officials. Nobody was charged after the wasteful police and intelligence exercise. [2] [3]

It is, therefore, welcome news that British Muslim organisations including CAGE and Lighthouse Advocacy, in addition to INSAN of Sweden, the Dutch-based Muslim Rights Watch, Perspectives Musulmanes (Muslim Perspectives) of France, Assisting Communities Traumatised by Police (ACT-P) of Austria, and the Centre for Muslims’ Rights in Denmark (CEDA) were in attendance at this year’s OSCE conference. A representative of CEDA strongly criticised the situation in Denmark, saying that Islamophobia is “enabled directly through state policy and participation”. At the same time, CAGE’s managing director Mohammed Rabbani damningly described the situation in France as a “state-led programme of repression” [4]

So what exactly is the OSCE, and why is this news significant?

Tracing its roots back to the mid-1970s, the OSCE is the Organization for Security and Co-operation in Europe. The body “encompasses politico-military, economic and environmental, and human aspects” and benefits from the support and participation of 57 states, a handful of which are located outside of the European continent. It holds major sway over the general direction that participatory states take in relation to human rights and security issues. It also holds observer status at the UN. [5]

This year’s OSCE conference got underway on 26 September and will draw to an end on 7 October. In attendance was Lamies Nassri, a project manager at the Danish CEDA. Nassri called on fellow delegates to tackle Islamophobia head-on. Speaking plainly, she told the meeting,

“It is your responsibility as member states to see to it that citizens in these member states are protected from state racism, surveillance, stigmatisation and violence both symbolically and physically.” [4]

Moreover, Nassri shed light on the Danish state’s coercive attitude towards non-indigenous (or as the government divisively calls it, “non-Western”) residents including Muslims who happen to live in the so-called “ghetto” areas of the country. Shockingly, in Denmark the government officially referred to such social housing sites as “ghettos” for a number of years, with the Ministry of Transport, Building, and Housing publishing an annual ghettolisten (ghetto list); in 2021, however, the government decided to move away from using the term “ghetto”. [6] Nassri also lambasted the Danish government for its monitoring of Muslim families, referring to a piece of legislation that requires “non-Western” residents in “ghetto” neighbourhoods to place their children into state nurseries from the age of 1, so that they may “get instruction in Danish values and language”. [4]

“We also see this targeting in the way Muslim families are portrayed as oppressive and controlling toward their children and, as such, need to be surveilled.” [4]

In France, there is an ongoing attack, almost at a pace similar to that of the Cold War, where Muslims are being prevented from practising their religion, all in the name of secularism. The 2004 school hijab ban and the 2020 announcement that imams from foreign countries would be prevented from preaching are all seemingly part of its drive against the spread of Islam. In an extreme case in 2017, a bus driver was fired for praying at work, despite his vehicle being empty at the time. French government leaders including President Emmanuel Macron and interior minister Gerald Darmanin have been especially blamed for spearheading such attacks. [7] [8] [9]

Representing Perspectives Musulmanes at the OSCE conference was Elias d’Imzalène; he described the so-called ‘Charter of Principles’ – the French government’s feeble attempt at watering down or modifying Islam to suit its desires – as an “Orwellian policy” that hoped to usher in a “new reading of Islam ordered by the state”. [4]

“The police threaten to close any mosque denouncing this new inquisition while a political hunt is also carried out, targeting the dissenting voices of the community, thus making Muslim expression essentially criminal.” [4]

To bolster the various statements made by the seven European Muslim organisations present at the OSCE conference, a joint statement released by CAGE said,

“For state led Islamophobia to continue unimpeded, European governments have censored and criminalised dissenting views and deliberately curtailed freedom of association of Muslim civil society. Various measures have been used including attempts to deny us access to state officials, block us from organising functions, closing our bank accounts, pursuing our organisations and their leaders with politically motivated and malicious investigations, or in some cases closing and banning our organisations.

“European governments are exploiting fears and prejudices about Islam and Muslims to build an arsenal of extraordinary authoritarian powers that start off by targeting their Muslim minorities but will eventually come to threaten the freedoms and liberties of all its citizens.” [2]

The press release further added that there have been state policies that have been enshrined into law, thus providing legal routes for incumbent governments as well as future administrations to further push anti-Muslim campaigns. Listing the specific situations plaguing Muslim communities in each of the groups’ respective countries, the statement notes that changes in legislation have led to forced evictions in Danish social housing areas; a “state wide persecution of Muslims and dictation of a state sanctioned Islam” in France; the targeting of British Muslim schoolchildren through the Prevent policy; the shutting down of Muslim schools in Sweden; as well as the discrimination of Muslims based on religious practices in the Netherlands. [2]

Touching on the practice of unethical clothes production in Asia, the joint statement warned, “European states are increasingly complicit in the persecution of Muslims by profiteering from despotic regimes or unethical trading practice such as purchasing goods procured through the forced labour of Uyghurs in East Turkestan.” [2]

The co-signatories also underlined the fact that no longer should separate instances of Islamophobia and anti-Muslim oppression be viewed as isolated occurrences, as they form part of a much broader picture where European governments are working in unison to attack Muslims throughout the world.

Director of Lighthouse Advocacy, Ikram Hussain, told audience members at the OSCE conference that the “otherisation” of peoples including the Afghans and the Uyghurs is precisely why European governments have been able to further their goals in targeting Muslims.

Hussain said in concluding remarks at the conference,

“State-led oppression of Muslim communities is no longer a foreign threat exclusive to the United States and parts of the Middle East. Rather, we are seeing the rise of European governments imposing worryingly draconian measures to ultimately suppress the practice of orthodox Islam, which is increasingly perceived as a ‘threat’ to European society.

“This gradual ‘otherisation’ of a particular community is all too common in the history books of persecution – be it the Uyghur genocide, the NATO-led annihilation of Afghanistan – the suppression of basic rights under the rhetoric of ‘national security’ has persistently normalised the conditions and sentiments that have allowed for more treacherous levels of persecution. It is for these reasons Lighthouse has joined the coalition of Muslim NGOs in Europe.” [10]