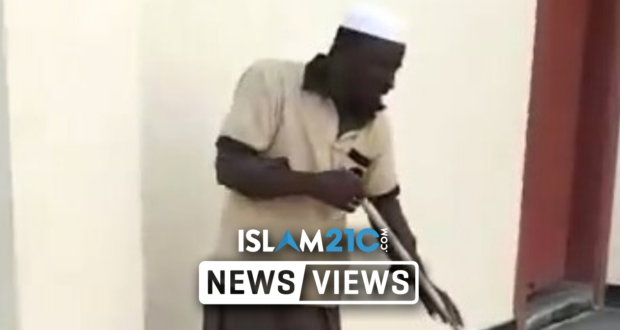 From Cleaner to Imam: The incredible story of Shalawi Siraje

A Ugandan Muslim by the name of Shalawi Siraje, starred in a viral video with him reciting Qur’an whilst working as a cleaner in a Masjid in Qatar.

The video which was shared on social media a few days ago via the Gems From the Qur’an Facebook page has since had over 200,000 views and been shared over 5,500 times.

A brother from Uganda recites from Surah Maryam whilst cleaning a masjid, mashaAllah. May Allah bless him!Gems From The Quran

Posted by Gems From The Quran on Thursday, 14 November 2019

What happened next is truly remarkable…

His employer, like many others, saw the video and made a huge gesture by giving him a new job as a Muadhin and Imam in different Masjid to better utilise his breath-taking voice.

Siraje told Islam21c the reason for this remarkable chain of events was very simple.

“Remember Allah everywhere, whether you are working or not”

Finally, as parting advice to our readers, he said:

“Many people think that Islam is for the Arabs, but they are wrong. Islam is for all creatures on this Universe. That is why when I was reciting, many people made comments maybe thinking this was impossible because I am black, not well-off, and a cleaner. But rather the truth is, the Qur’an is not just for Arabs, it is for the whole of mankind.”