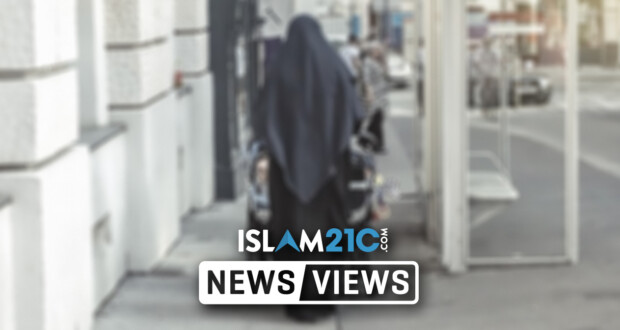 Germany records over 900 anti-Muslim attacks in 2020

The number of attacks against Muslims in Germany is on the rise despite the lockdown brought about by the coronavirus pandemic.

Over 900 Islamophobic attacks against Muslims and Islamic organisations were committed in the country in 2020, a 2% rise in comparison to the previous year in which there were 884 recorded attacks.[1]

The arrival of the pandemic and the introduction of a national lockdown did little to stem the tide of Islamophobia. Mosques and institutions have been defaced with Nazi symbols, Muslim women have been viciously attacked and their Hijabs ripped off, with Muslim communities threatened with further violence.

In 2019, there were anti-Muslim attacks every other day across Germany. A study reported a total of 184 Islamophobic attacks, which included verbal and physical assaults, vandalism, and harassment against Muslims.[2]

Observers say that these attacks are “the tip of the iceberg” [1] and that there are many more to come as far-right ideologies continue to gain traction in the European powerhouse.

Political parties and neo-Nazi extremist groups such as the Alternative for Germany Party have been able to gain popularity among vulnerable groups of German society, peddling lies and baseless conspiracy theories about Islam and refugees seeking asylum in Germany.

“This is right-wing terror, which must be resolutely countered. Endangering people, mosques and other Muslim institutions is unacceptable,” [2] said Christine Buchholz, a member of the Left Party in Germany.

The majority of attacks that take place are carried out by individuals who espouse neo-Nazi beliefs and far-right views. The victims, however, often do not report their abuse out of fear of repercussions. When they do report these attacks to the authorities, concrete action is not taken to address such crimes.

Islamophobia is not only found on the street but exists within German state institutions. It is reported that there are many racist police officers who discriminate against Muslims, and especially Turks. The Turkish diaspora, the largest Muslim group in Germany with around 2.7 million people,[3] is unfairly targeted by the German security apparatus.

Between 2014 and 2020, more than 700 mosques were attacked and vandalised across the country. In 2019, there were over 100 bomb threats sent by right-wing terrorists to political parties, lawyers, and institutions.

Since 2017, the German government has separately recorded Islamophobic crimes and has discovered that more than 90% of such attacks were associated with and motivated by the far right.

Additionally, an inquiry launched by the Left Party found that since 2006, over 700 people contacted the Anti-Discrimination Office and reported some form of discrimination. The inquiry also found that 80% of reports were made by women. [2]

“Islamophobic violence and discrimination are an everyday problem in Germany. Finally, the government starts to recognise that,” [2] Buchholz said, adding that there should be a “ban on Islamophobia and anti-Muslim racism.” [2]

Islam is the largest minority religion in Germany, with Muslims making up 7% of the country’s population, numbering between 4.4 to 4.7 million.[4]