Hajj 2020: Around 1000 Muslims prepare for a pilgrimage like never before 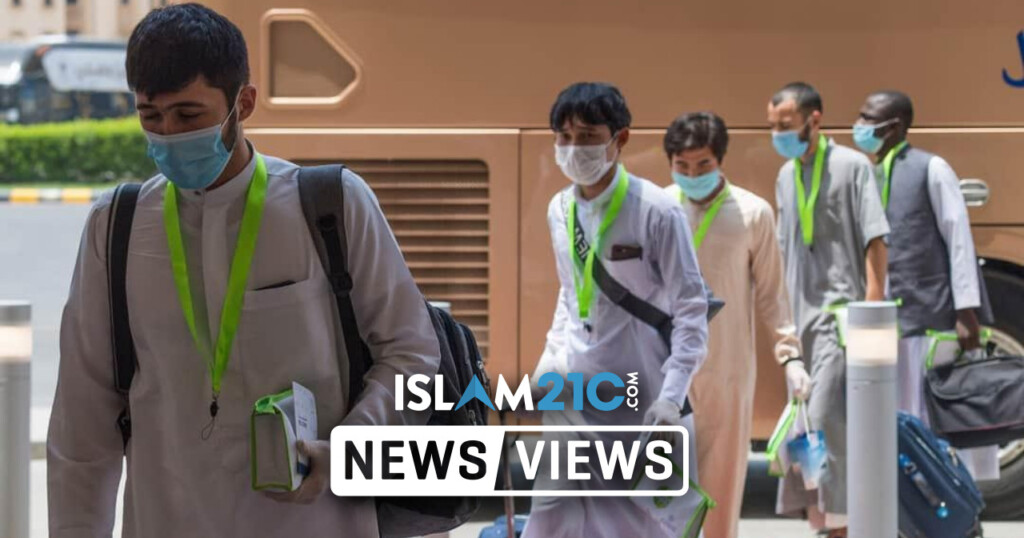 The past few days has seen some of the hujjaj that have arrived in Saudi Arabia about to embark on the annual Islamic rite in what is a ‘once-in-a-lifetime opportunity’ for many Muslims.

As has been widely reported, restrictions due to the coronavirus pandemic have prevented millions of Muslims from around the world from attending the Hajj. Safety parameters are thought to have been made to maintain social distancing and sanitation measures, which would have been difficult to uphold given the typical number of pilgrims this season attracts in the kingdom.

Pilgrims will be made to wear a face mask and keep a safe distance from other worshippers during the congregational prayers. Pebbles that are normally used for the ritual of the stoning of the devils will be sanitised and handed to pilgrims individually. Finally, no one will be allowed to touch the Ka’bah nor kiss the Black Stone – both of which pilgrims have been accustomed to in previous years.

The Saudi Ministry of Hajj and Umrah said the decision to curtail the pilgrimage was intended to preserve public health because of the known health risks associated with large gatherings.

“Hajj this year is very different and exceptional … Hajj will be in very limited numbers under strict precautionary measures, and we will impose a complete security cordon around holy places and pilgrims during their movements.”[1]

“In the context of Covid-19, pilgrims are advised to keep a safe distance between each other, to wear face masks and gloves and maintain a high degree of personal hygiene by washing hands frequently.”

The Hajj in 2020 has been scaled back to a limited number of pilgrims, believed to be around 1000, which is a significant downgrade from the 2.5 million Muslims that were standing on ‘Arafah last year.[2]

Of the number expected to partake in the pilgrimage this year, 30% will be Saudi citizens, while the remaining 70% will be foreigners who must already be residents of Saudi Arabia. This is the first time since the founding of the Kingdom of Saudi Arabia in 1932 that foreign visitors from other nations have been barred from performing Hajj.

The announcements were met with a mix of acceptance, relief, and disappointment by Muslims worldwide.

“My hopes of going to [the holy Saudi city of Mecca] were so high.”

“I’ve been preparing for years. But what can I do? This is Allāh’s will – it’s destiny.”

Shahadat Hossain Taslim, head of a group representing Bangladeshi Hajj travel agencies, said that “many people will be shattered” by the decision, but it was for the best.

“Unlike other countries, the majority of Bangladeshi pilgrims are elderly people, and they are vulnerable to COVID-19.”[3]

Wafa Shaheen, a Saudi author, remained optimistic that she would not let the change prevent her from glorifying Allāh.

“I was not upset by the Hajj news this year as I know there are plenty of ways to take advantage of this precious spiritual time of the year. Worship and good deeds can be performed anywhere if the heart is with God almighty.”[4]

Other countries such as Pakistan, which normally sends over 180,000 pilgrims from its lands, said its diplomats in Saudi Arabia would represent the country during the pilgrimage this year.

The week-long ritual is scheduled to start tonight (8th Dhul Hijjah) and continue until the evening of 2nd August (13th Dhul Hijjah). It will culminate with the Islamic celebration of Eid al-Adha.

While an event like this may be a first in our lifetime, it is not the first ever. In 1814, there were outbreaks of the plague, cholera, and meningitis in the Hejaz region – in the West of Saudi Arabia – triggering the death of around 8,000 people and consequently the ‘cancelling’ of the Hajj for that year.[5]

A similar epidemic occurred in 1837 during the Hajj season and continued until 1892. Approximately 1000 people died every day during this period, causing doctors from Egypt to come and build a quarantine shelter on the road to Makkah to look after people.

It is estimated that the economic toll of the cancellations of Hajj and Umrah – which was halted in March of this year – is expected to cost Saudi Arabia $12bn if it continues until 2021. This amounts to seven percent of the country’s entire GDP and 20 percent of its non-oil GDP.