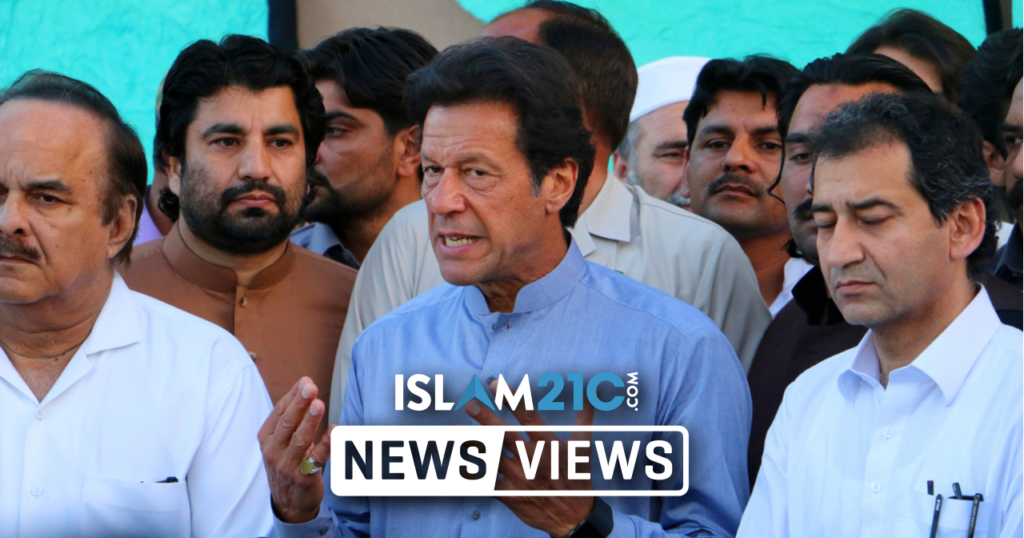 Imran Khan, the prime minister of Pakistan, on Friday warned the United Nations General Assembly (UNGA) of a bloodbath in Kashmir when its Indian occupiers lifted the curfew on the oppressed region.

Narendra Modi, the Indian premier, failed to even mention the ongoing and unprecedented lockdown by occupying forces on the population of Kashmir.

“There are 900,000 troops there, they haven’t come to, as Narendra Modi says – for the prosperity of Kashmir” [1] Khan said in his address, adding that “these 900,000 troops, what are they going to do? When they come out? There will be a bloodbath”.

“What’s he going to do when he lifts the curfew? Does he think the people of Kashmir are quietly going to accept the status quo?” Khan said in his impassioned speech that directly attacked Modi, describing his actions in the occupied territory as “stupid and cruel”.

The Pakistani premier also warned the General Assembly that any conflict between the two nations, both of which are armed with nuclear deterrents, would reverberate not just within the region but also across the world.

“If a conventional war starts between the two countries, anything could happen, it’s not a threat, it’s a fair worry” Khan said, reminding the international community that it is Modi’s government who are acting aggressively and breaking the rule of the international system.

Khan also requested that the UN acts on its 1948 resolution that called for a plebiscite in Kashmir and a referendum on whether it would want to be a part of Pakistan, India or choose to be an independent state. The referendum, however, was cancelled by India shortly after its independence in 1948.

The Pakistani PM also pleaded with the international community to stand up for humanity and justice and to not appease India because of its resources and economy.

Speaking before Khan, Modi did not even mention the current oppression and injustices being committed by his government in Kashmir, rather using his 15-minute address to talk about his government’s so-called fight against terrorism and, ironically, spreading its message of peace all the while the people of Kashmir live in fear.

In August, Modi’s right wing and nationalist government revoked Kashmir’s decade-old autonomy status, setting the stage for direct rule by New Delhi and thus endangering the lives of the people of Kashmir.

Shortly after the revocation, Indian forces imposed a curfew and a lockdown while using excessive force against protestors and demonstrations, killing dozens and injuring many more.