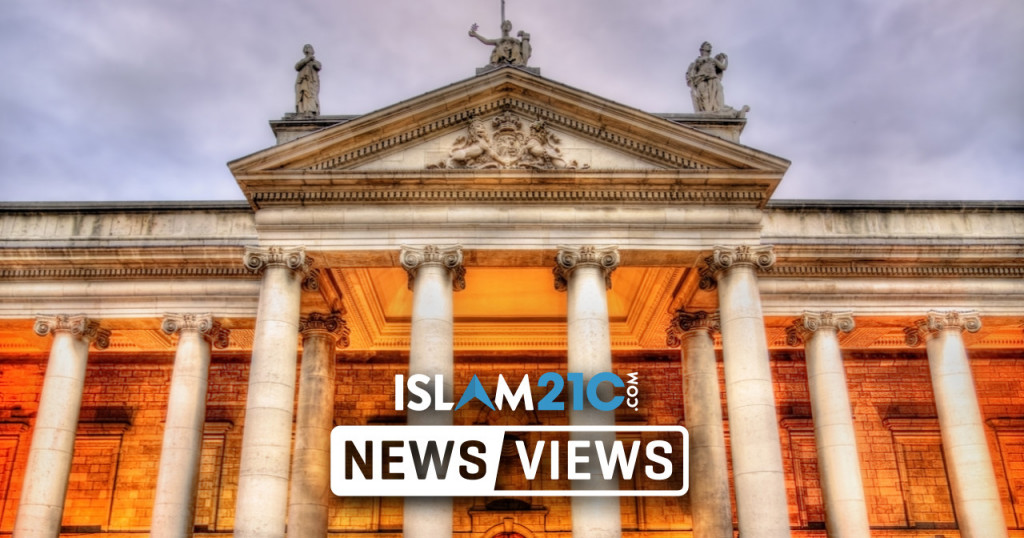 Earlier this week, the Irish government lent its backing behind a Sinn Féin parliamentary motion that condemns the Zionist state of ‘Israel’ for its “de facto annexation” of land belonging to Palestine. [1]

“Today’s motion reflects the grave concern of the Irish people and Oireachtas regarding the situation in the occupied Palestinian territory. It is a clear signal of the depth of feeling across Ireland on this issue. This Government shares that grave concern in respect of the violence and conflict that we have seen in Gaza and the West Bank and Israel, and on the root causes of the situation and the manifestly unequal treatment of the Palestinian people.” [2]

Tuesday’s ground-breaking development came after Sinn Féin’s John Brady TD introduced the private members’ bill calling for the Dáil Éireann to recognise “that the forced displacement of the protected Palestinian population and the presence and expansion of Israeli settlements, in the West Bank, including East Jerusalem, undermines the prospects of peace, not just in recent weeks but over decades, and represent flagrant violations of international law.” The government of Ireland said it supports the bill. [2]

The far-right government of Israeli Prime Minister Benjamin Netanyahu recently agreed upon an Egyptian-brokered ceasefire with the Islamic Resistance Movement, Hamas, after eleven days of the most serious escalation in violence for some years. At least 232 Palestinians, including 65 children, were killed. Whilst there have been countless cessations of hostilities over decades, each time the status quo seems unchanged – hundreds more Israeli settlements are built at the expense of Palestinians and their land. [3]

The significant move by John Brady, TD for Wicklow and Sinn Féin’s spokesperson for Foreign Affairs and Defence, has been widely applauded by commentators as the first step in bringing other European nations to acknowledge the Israeli annexation of large swathes of Palestine.

A day prior to the Dáil debate on the motion, Brady had appealed for cross-party support, arguing, “The impact and importance of the contribution of civic Ireland to this process should not be understated.” [4]

“The successful adoption of this motion will put Ireland out there as one of the few countries of the world that have shown the courage to lead on this issue. I believe that the motion that we will put before the Dáil has the potential to serve as a template for forward and fair-minded countries who share our concern at the plight of the Palestinian people and their rights for self-determination, and the current Israeli policy of apartheid.” [4]

On declaring the government’s support for the motion, Foreign Minister Coveney told the Dáil Éireann, “The scale, pace and strategic nature of Israel’s actions on settlement expansion and the intent behind it have brought us to a point where we need to be honest about what is actually happening on the ground… It is de facto annexation.” [5]

“This is not something that I, or in my view this house, says lightly. We are the first EU state to do so. But it reflects the huge concern we have about the intent of the actions and of course, their impact.” [5]

Ireland’s move to condemn the Zionist regime is in stark contrast with that of the United Kingdom, which a day later dispatched Foreign Secretary Dominic Raab to both the occupied Palestinian territories and ‘Israel’ for talks with Palestinian Authority President Mahmoud Abbas and Prime Minister Mohammad Shtayyeh as well as Israeli leader Benjamin Netanyahu. [6]

After bumping elbows in a sign of the times, Netanyahu welcomed Raab by saying, “It’s good to see you again in better times and we’ll work together to make them even better.” The Israeli leader once again claimed ‘self-defence’ [7] and further applauded British Prime Minister Boris Johnson “for the staunch, unwavering support of our right to self-defence during the recent operation. It’s much appreciated.” “You can always count on us”, responded Dominic Raab. [8]

Prime Minister Netanyahu to British Foreign Secretary Raab:
"Thank you and Prime Minister @BorisJohnson, for the staunch, unwavering support of our right to self-defense during the recent operation. It's much appreciated." pic.twitter.com/gumaQCMyth

Sinn Féin is no stranger to supporting the Palestinian cause, with the political party’s president, Mary Lou McDonald TD, calling on the Irish government last year to formally recognise the State of Palestine on the occasion of the International Day of Solidarity with the Palestinian People on November 29th. As McDonald said at the time,

Today, we extend our solidarity to the Palestinian people.

It’s time to officially recognise the State of Palestine.#Palestine pic.twitter.com/z7w6inOKXx

Sinn Féin has accomplished what other opposition parties have been unable to achieve in neighbouring Britain, where the Labour Party is being led by the man who once said, “I support Zionism without qualification” – none other than Sir Keir Starmer. [10] In addition, as a country, Ireland has on many counts been the most vocal supporter of Palestine in the continent. A prime illustration of this is the legendary 2014 video of Richard Boyd Barrett TD of the Solidarity–People Before Profit Party launching a blistering oral attack on the then Israeli ambassador to Ireland, Boaz Moda’i. In an Oireachtas committee hearing, Boyd Barrett ferociously criticised the Israeli government for its violence against Gazans.

As Ireland is a member of the EU, the onus now moves to the wider supranational organisation. It is upon leaders such as President of the Parliament, David Sassoli, President of the Commission, Ursula von der Leyen, and President of the European Council, Charles Michel to act in order that European stalwarts such as France and Germany take similar steps in calling out ‘Israel’ for its clear lawless thievery of the Palestinians’ land.

Share. Facebook Twitter LinkedIn Email Telegram WhatsApp
Previous ArticleClamping Down on Palestinian Activism in School Is a Recipe for Disaster
Next Article ‘Where did we go wrong?’ School leader speaks out on student suppression