“Kill the Bill” – Police, Crime, Sentencing and Courts Bill to be debated on Monday 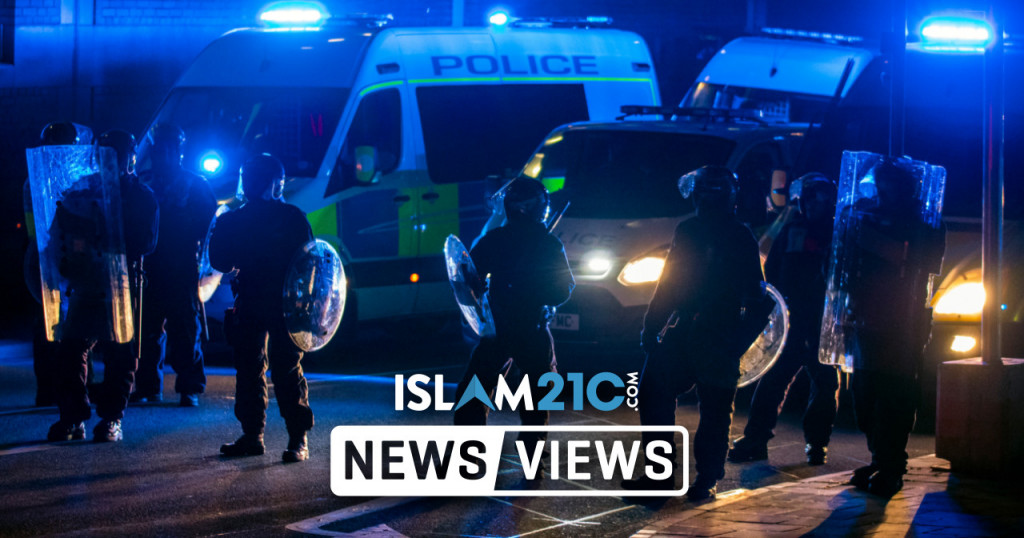 The widely disparaged and objectionable Police, Crime, Sentencing, and Courts (PCSC) Bill is set to be examined in a report stage debate in the House of Commons tomorrow. The Bill was initially proposed by the British government on March 9 after being introduced to Parliament by the Secretary of State for Justice Robert Buckland. It was then ultimately backed by the Home Office and the Secretary of State for the Home Department. During the forthcoming parliamentary proceedings, amendments to the Bill are likely to be proposed. [1]

The vastly unpopular piece of proposed legislation has sparked numerous demonstrations which call for its rescission. According to the government, the Bill seeks to “equip the police with the powers and tools they need to protect themselves and the public, while overhauling sentencing laws to keep serious sexual and violent offenders behind bars for longer, and placing greater emphasis on rehabilitation to better help offenders to turn their lives around and prevent further crimes.” [2]

However, after looking into the fine print, thousands of activists and campaigners have criticised the government for its clear disregard for civil liberties when drafting the Bill, particularly freedom of expression. By bringing the PCSC Bill to fruition, the state hopes to provide police authorities with broad-ranging powers over the right to protest. The Bill would allow “conditions” to be imposed on any demonstration if that locality’s police department deems it to be a risk to the public order. Moreover, the government aims at introducing tougher sentences for damage done to monuments and statues, extraordinarily seeking up to 10 years for such offences. [3]

Chris Daw QC, a respected author and barrister, warned The Big Issue of the consequences of the new proposed Bill:

“The bill hands over the power of deciding whether a protest is justified or should be allowed — decisions we as citizens have had for generations — directly to the Home Secretary. That’s an extremely chilling development. It’s completely contradictory to everything the liberty of the free citizen is about in Britain.” [3]

In addition to beefing up police powers over demonstrations, the Bill seeks to stamp down on trespassers. Activists worry that this segment of the Bill will significantly affect the minority populations of the Roma, Traveller, and Gypsy peoples, whom by their very nature are itinerant groups. There is a genuine concern that such people, including rough sleepers, will be pushed further into homelessness as they struggle to find places to inhabit.

The British government has unsuccessfully attempted in recent times to contain the fallout from marches such as those of the Black Lives Matter (BLM) movement. Justice Secretary Robert Buckland issued the following statement after introducing the Bill: “We’ve got to think about the sometimes huge inconvenience caused to other people going about their lawful business…” [4]

However, Buckland, Home Secretary Priti Patel, and other Cabinet members seem to be ignoring the fact that protests are likely to be one of the most effective means of drawing awareness to burning civil issues. The likes of London’s recent Stand4Uyghur demonstrations and the colossal pro-Palestine marches of May 15 and May 22 saw attendance numbers climb above 150,000 and 200,000 respectively. These mass demonstrations may become a thing of the past if the PCSC Bill is enacted into law. [5] [6]

An estimated 150,000 people marched through London today with one message: #FreePalestine pic.twitter.com/Iu3zEOYPF7

It appears to be the case that the Conservative Government aims to stifle freedom of expression so that it may freely execute a despotic style of government, as opposed to respecting the democratic system that is legally enshrined.

The British non-profit organisation called Muslim Engagement and Development (MEND) has issued a scathing response to the proposed Bill. MEND seeks to encourage “British Muslims within local communities to be more actively involved in British media and politics”. It has fiercely criticised the PCSC Bill, arguing that it significantly hampers civil freedoms. In its formal statement, MEND emphasised the inviolability of the right to protest. [7]

“Amongst the most profound impacts of the Bill is the threat that it poses to people’s rights to protest. Worryingly, the police would have the power to deploy a host of draconian measures, including a new criminal offence of ‘public nuisance’. A new statutory offence would be created for intentionally or recklessly causing serious harm or risk of serious harm, which includes any risk of someone suffering ‘serious distress, serious annoyance, serious inconvenience or serious loss of amenity’”. [8]

Furthermore, in the same issued statement, MEND also argued that the wording of the Bill is deliberately vague:

“…the wording of the Bill does not in itself describe what ‘serious inconvenience’ is or specify how a court should view it. Consequently, police officers will be left to decide what is constituting serious annoyance or inconvenience. Therefore, police officers can impose restrictions and penalties based on a wholly broad and vague basis, using a meaning that can be modified at the discretion of the Home Secretary. In the worst-case situations, police officers would have to depend on their own biases.” [8]

When discussing the BLM movement and other social justice initiatives, MEND anticipates that the PCSC Bill will likely be unsympathetic to protests highlighting the grievances of oppressed people. In fact, MEND suggests that the Bill “also has the power to suppress the voices of marginalised communities and groups advocating for social change.” [8]

“The Bill…would inevitably strengthen the over-policing of minority populations, especially groups whose views disrupt the current political status-quo, with BLM, Muslim, women, and climate change activists being particularly impacted, to name but a few. Thus, it is imperative that MPs support amendments to address inequalities raised by BLM and commit to investigating structural Islamophobia and wider inequalities within the criminal justice system as they currently stand.” [8]