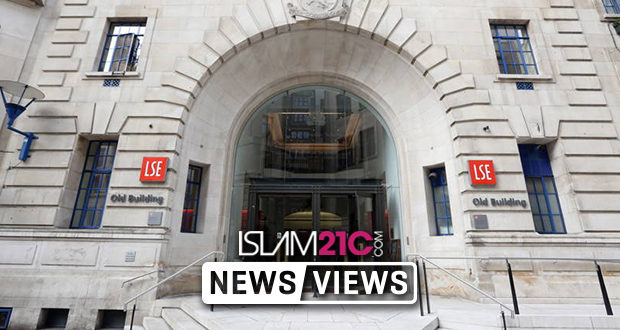 Perhaps one of the proudest moments for any parent is their child’s admittance into University. Even more so for a child who has been accepted into a prestigious university such as the London School of Economics (LSE) to study Law.

The London School of Economics is seen by many as a symbol of British educational excellence. It was therefore shocking for many to hear of the treatment of one of its Muslim students.

Banu Hammad, a first-year Law student, was in a busy morning of lectures, and like so many others, used her five-minute break to perform her obligatory prayers. Whilst LSE does provide prayer facilities for its students, if Ms Hammad had walked to those facilities across campus, she would have missed some of her Property Law lecture. Quite understandably, she found a quiet corner and started to pray.

In astonishing footage, which has emerged on Facebook, an LSE security staff harasses the student for praying. Outrageously, and what may well be a crime, the security guard grabs the LSE student’s phone off her when she asks for the staff member’s name.

According to a Facebook report, the security staff shouted “abuse” at the female Muslim student for praying, although she was not causing an obstruction, praying silently in a corner. The security member also allegedly assaulted the student by pushing her up against a wall.[1]

Following on from the McDonalds incident last year, in which another female Muslim was verbally abused whilst a security guard demanded she remove her hijab,[3] it seems that some sectors within society consider it appropriate to be unabashed in their Islamophobia.  However, both McDonalds,[4] and LSE have apologised,[5] since and the latter has offered its full support to the Muslim student.

In both instances, the families, and the wider Muslim community should be rightly proud of these courageous Muslim women for not meekly accepting such behaviour but, instead, having the courage to call it out and stand up for justice.

In a clip posted on Facebook, Ms Hammad speaks of her recent trip to Palestine and how transformative it was for her. She stated that prior to her trip she struggled with her faith, however upon returning she now prays five times a day.[6]