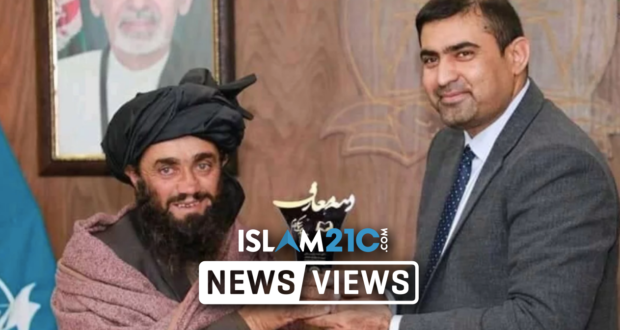 A new school is reportedly being built in a village to honour one man’s commitment towards his daughters’ education.[1]

Mia Khan is a 63-year-old father of three girls, residing in Sharana, the capital of Paktita province, Afghanistan. He made headlines after news of his daily commute, which entailed travelling 12km with his daughter to school on his motorcycle. He then waits around 4 to 5 hours for his daughters’ class to end before making the same journey back home.

Mr Khan suffers from a heart disease and remains illiterate himself, but he hopes for his daughters to become doctors, as there are none in their village.

“I am illiterate, and I live on daily wage, but my daughters’ education is very valuable to me because there is no female doctor in our area. It is my greatest desire to educate my daughters like my sons.”[2]

His three daughters, aged 8, 10, and 12, study at the Nooraniya School for Girls, which he said was chosen because it provides quality education. One of his daughters in sixth grade, Rozi, expressed her joy saying she is “so happy to study.”[3]

“I bring my daughters to school every day to study and experience a different life than her mother and I…. so I’ll do whatever I can to educate my daughters.”[4]

Khan is one of several residents in his village eager to ensure his daughters’ receive the best education possible, despite it continuing to be a pressing issue in Afghanistan. According to the United Nations, an estimated 3.7 million children are currently out of school in Afghanistan, with 60 percent of them girls. [1]

The government has been struggling to provide education services in remote areas due to lack of security or funding, leading some Afghans to take matters into their own hands.

His dedication caught the eye of Mirwais Balkhi, the Minister of Education for Afghanistan who described him as the “hero of education”. They pledged that a school would be built in his village in South-Eastern Afghanistan and will be named after Khan himself.

He was invited to Dr Balkhi’s office who described his efforts as an inspiration for overcoming obstacles in the education of girls in Afghanistan.

2020-01-10
Hamza Saleem
Previous: Tafida Raqeeb out of intensive care after doctors in the UK said she would die without a ventilator
Next: Unscripted #36 | Dehumanisation, Disney & Da’wah | Dr Uthman Lateef