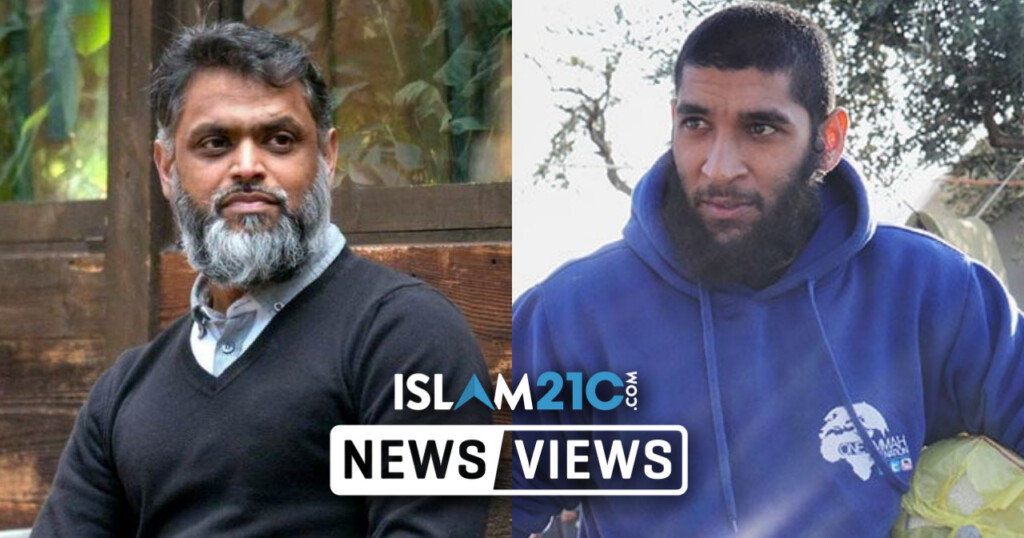 The Outreach Director of advocacy group CAGE, Moazzam Begg, has issued a plea to Hay’at Tahrir al-Sham (HTS) to immediately release the well-known British humanitarian aid worker, Tauqir ‘Tox’ Sharif who has been “arrested” by the group in northern Syria.

Sharif is said to have been detained whilst viewing a property that he was planning to rent with his wife, near the Turkish border at around 8.30pm and 9.30pm local time on Monday 22nd June.

Born and raised in London, Sharif moved to Syria in 2012 with his wife, Racquell Hayden-Best, to be involved in aid work in the war-torn country.

Sharif and his wife made their home in a hut near the Turkish border helping to run a refugee camp and two Islamic schools in northern Syria, raising funds via their organisation Live Updates from Syria, with over 230,000 followers on its Facebook page.

Sharif has always denied links to any armed groups in Syria. Instead he says his aim is to help the people of Syria with his humanitarian organisation that employs around 200 people and runs more than 40 projects across Idlib.

We said this because of our deep concern regarding the manner of his arrest, the treatment we feared he might receive, and the ambiguity about the process of justice available to him.

Since that time, I have remained silent on Tauqir’s case and instead opted to follow a course of discussions and dialogue “behind the scenes”. However, I feel it is now time to make this open.

I first met Tauqir in 2012 when we travelled on an aid convoy to Syria together. He told me about his journey on the Viva Palestina convoy to Palestine in 2009, and his trip to help survivors of the Pakistan floods in 2010. Tauqir also told me about his time on the Mavi Marmara, the Turkish ship that sailed as part of a flotilla attempting to bring relief to Palestinians in Gaza in 2010, and how a group of unarmed Turks were killed by Israeli soldiers who violently boarded the ship.

Tauqir and I later stayed together in the Idlib region for several months. During our time together in Syria, I witnessed Tauqir’s work and his passion for development and aid projects to assist the Syrian people. Although I returned the following year, Tauqir remained and has since earned the deep love and respect of the local population. Everyone recognises this – including those who have differences with him.

As a British man with a large and influential media profile, and as someone who runs multiple charitable projects, Tauqir has told me over the years how he has faced repeated threats of blackmail and extortion from criminals and armed groups. In addition to the threat to life by the Assad regime faced by everyone in the rebel-held areas of Syria, Tauqir has also been threatened by ISIS, even as his nationality was being revoked by the British government on the basis of “secret evidence”. This rendered him and his family effectively stateless. It was at this time that Tauqir became a client of CAGE.

This is the backdrop to the case of a man who, under any other circumstances, should be celebrated and rewarded for his humanitarian work. Instead, he has been harassed, threatened, and penalised. Now, he has been arbitrarily imprisoned.

For the past fifteen years, I have been telling the world that what the USA and its allies did to me and hundreds of others was kidnap, torture, and false imprisonment.

Despite these nations priding themselves on principles such as “presumption of innocence”, “due process”, and application of “the rule of law”, we have shown beyond doubt how these principles have been repeatedly violated by the very nations that claim to uphold them.

When armed and unidentified gunmen from the Pakistani ISI and American CIA took me from my house in the middle of the night, we rightfully called it kidnap despite them acting in the name of their governments.

When the US military held us in interrogation centres and prison camps like Bagram and Guantanamo without any charges or legal rights, we called it false imprisonment.

When they physically abused us and struck our faces and bodies, we called it torture.

When US interrogators said that they could do all of this under “emergency measures” because they were “at war”, we told them that there were no laws in their constitution that justified kidnap, false imprisonment, and torture.

When they justified our imprisonment on the basis of “closed evidence” that they would not show anyone, we called it out as baseless and hearsay.

The whole world, especially the Muslim world, agreed with us – except for the those involved in oppression themselves. I am certain that HTS authorities would agree with this assessment too.

But they should be alarmed, because now they are using the same arguments.

I have tried to understand and analyse the nature of the rumours and allegations against Tauqir and what due process procedures (if any) are available to him.

I have spoken extensively with Tauqir’s family members. I have spoken with scholars who specialise in the Islamic judicial process, as well as negotiators close to HTS.

I have also sought advice and opinions from those who have fought against occupation and oppression and have suffered imprisonment for their role in fighting for justice.

I have tried to understand the complex system of groups, alliances, and rivalries within the area as  well as the wider picture around Tauqir’s detention.

These are the facts that I have established thus far:

It is true that HTS has recognised the charitable work of Tauqir. In addition, they have allowed him phone calls to his family and have arranged a visit. Indeed, I am hopeful that Tauqir will be released soon, but it is important that HTS understand that this is a clear violation of his basic rights as a Muslim, let alone one who has sacrificed so much for the cause of the people in Syria.

Before this episode, many people in the UK did not know about HTS. Now they are asking questions.

What they are seeing is that injustice is being done.

This is now the perfect opportunity for the people that have detained Tauqir to show the world that they are willing to accept advice from people who do not wish them harm, and to take the Islamic concept of justice very seriously.

Establishing and implementing a system of justice that recognises and affirms the rights of prisoners is a key divider between an entity that is serious about governing people and armed groups that apply the law of the jungle. No one wants to be seen as the latter.

Fear the supplication of the oppressed, for between it and Allah there is no barrier.

It is therefore my sincere request to the brothers at HTS to free Tauqir Sharif now and allow him to do that which the Muslims of the world have come to know him for: service of the widows and orphans of this conflict.