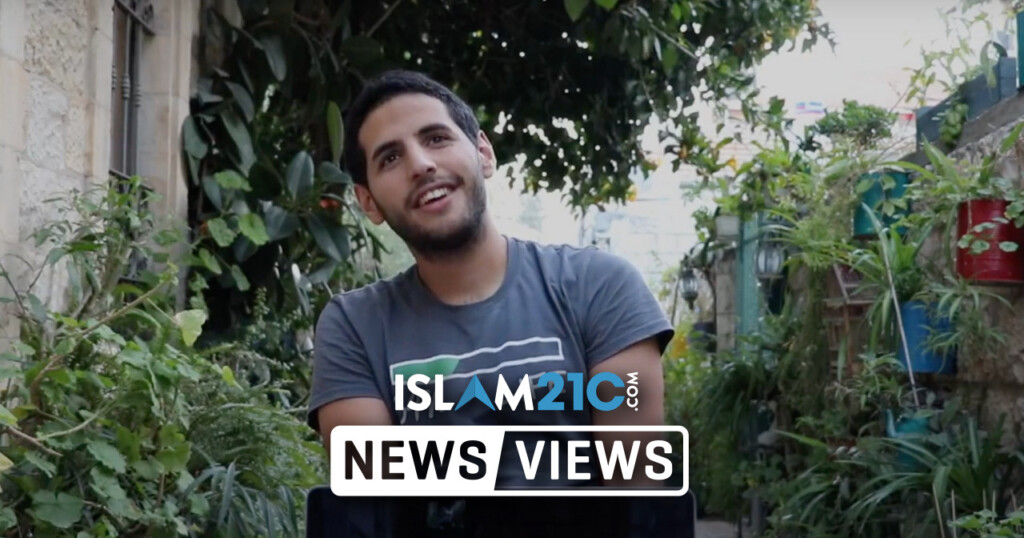 The Palestinian-led BDS (Boycott, Divestment, and Sanctions) movement has strongly urged Arab content creators, including videographers, photographers, YouTubers, and others with an online presence, to cease or avoid working with Nas Daily – otherwise known as Nuseir Yassin – in his new “NasAcademy”. [1]

Yassin, 28, hailing from Arraba in “Israel”, has been roundly condemned for establishing an online “academy” that hopes to recruit 80 content creators to produce Arabic content “to be a force for good”, according to the academy’s motto. [2] In reality, Yassin has been caught out over the past couple of years attempting to whitewash Israeli oppression towards the Palestinian people, with one blistering opinion piece in 2018 stating:

“Yassin’s deployment of the tired ‘both sides are to blame’ mantra, which obscures what is clearly an aggressor-victim relationship, reached new levels last month when on 14 May Israel undertook to kill more than 60 Palestinians in Gaza.”

“Taking time out of his busy schedule of reporting on the luxury resorts and infinity pools of the Maldives, Yassin apologised for the interruption to regularly scheduled programming to weigh in on the events: “I am so sorry. I hate making political videos.”

“In the end, the political intervention consisted of decreeing that ‘it’s not black or white’ and that ‘if you stand with one side and one side only, you are wrong’, because ‘I can name a hundred things we as Palestinians (and Arabs like in Egypt and Jordan) did wrong in the past 70 years, and the same goes to Israel’”. [3]

Yassin, who has been growing in popularity over the past few years, met fellow Harvard graduate Mark Zuckerberg in early 2018, further increasing his vast following on Facebook as well as bringing more attention to himself and more “influencing” power online.

Given the recent normalisation of diplomatic relations between the UAE and “Israel”, [4] which has seen the first direct flights between the two states [5] as well as the UAE seeking to buy weapons from the Zionist government [6], it is no surprise that Yassin has created a new academy backed by an Emirati media company called New Media Academy.

Nas Daily and the New Media Academy are openly working together on various projects, as described by an article in the Middle East Eye:

“A link to the UAE’s New Media Academy’s website features on the homepage of the Next Nas Daily, although the nature of the support for the programme was not clear.

The Dubai-based academy runs courses itself, including the Youth Youtuber Programme and the Open Content Creator Programme. Both are carried out by the Nas Academy, and the trainers include Belik, among others.” [1]

The actions of Yassin and the New Media Academy, as well as the wider picture of the governments of “Israel” and the UAE creating ties (or simply strengthening ties that already existed in secret), have meant that the world continues to focus on “Israel” being the victim whilst the Palestinian people continue to suffer.

Over 70 years of oppression and yet we find that people are still blind to reality in the 21st century. It is not surprising that the head of training at NasAcademy is a former member of the IDF (Israeli Defence Forces) whose job was to promote young people to join the military and is thus experienced in the world of public relations. [7]

The efforts of Yassin to make the Israel-Palestine issue one where both sides are equally responsible is ridiculous, but this notion continues to gain traction as more young people follow him and listen to his message.

Yassin disguised his propaganda with over 1000 short one-minute clips on his Facebook page seemingly about living life and vlogging his adventures, attempting to bring about normalisation of the ongoing plight that Palestinians are facing and the ruthless nature of the Israeli government.

Normalisation of the state of the region is undoubtedly unwelcome to us as Muslim brothers and sisters. Things can only deteriorate from that point, as other countries will also start believing that Palestine is at least “equally” to blame, when this could not be further from the truth.

“Israel” continues to pummel Gaza, with the most recent air raids being only two days ago on 16th September. [8] The world needs to recognise that “Israel” is a terrorist regime that will stop at nothing to eradicate the Palestinian people, even if it means gaining the support of nations such as the UAE in addition to Bahrain, Egypt and Jordan.

The current difficulty is that online “soft power” is at play much more than ever before. People like Yassin need to be called out for what they really are. In the past, governments did their own dirty work. Nowadays, people are doing their work through social media, instant messaging, and other online platforms.