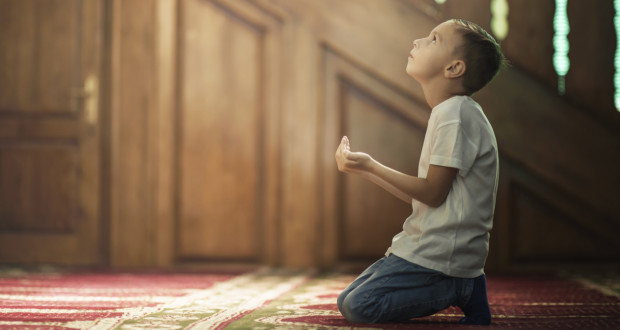 Nearly forty masājid across the United Kingdom and Ireland came together over the winter holidays to promote a Fajr Challenge for the youth. Amazingly, a total of 1,284 youth took part in the event, and a figure just below 600 attended all days of the Challenge.

The “Fajr Knights” Winter Challenge, generally lasting 16 days over the final two weeks of December, was hosted by the participating individual masjids for children up to their mid-teenage years. The Challenge requested attending youth to perform Fajr in congregation. Special prizes were awarded to those with the best attendance, with the honours including bicycles, scooters, vouchers, and other gifts.

Many masājid also gave the participants certificates and medals for their attendance. The ultimate goal of the event was to build a strong reciprocal relationship between the youth and their masjids. Social media was awash with clips of post-Fajr activities, such as youth ḥalaqāt, “dads versus kids” tug-of-war competitions, wrestling, table-tennis, games of dodgeball, and large breakfast spreads. Overall, the masājid sought to create a welcoming, fun, and memorable experience for those in attendance.

A representative from one participating masjid, Alhidaya Croydon in London, said: “Fajr Knights in the masjid has been a great success for the children, they’ve been very enthusiastic, loving to get up in the morning and run to the masjid alhamdulillah.”

8-year old Taha, who attended the Challenge at the West London Islamic Cultural Centre, said: “I had a great time, we talked about the pillars of Islam, Iman and Ihsan. We had a really good teacher at the halaqah. Overall everything was great! I got my medal, I got chocolates, I got prize-money, I got flowers for my mum, I got a certificate. I’m really looking forward to the next one!”

Teenager Muhammad was equally excited about it: “I think it was a very good competition, we were encouraged to wake up early and come for Fajr in the masjid, and then we learnt a lot in the halaqah afterwards with others kids our age.”

Another parent added: “It was fantastic, I cannot praise it enough! I encourage these programmes to be frequent in the masajid, especially during the holidays.”

The Challenge was facilitated by a new initiative, Fajr Knights, whose founder Abu Zubayr told Islam21c:

“We were thrilled to see so many masajid from all areas and backgrounds sign up for our first challenge, it really exceeded expectations! With Omicron lurking and other factors, we had 38 of them take part in the end, and alhamdulillah it was amazing to see the kids loving being in the masjid at the early hours of the morning.

“What was especially heart-warming was hearing that many continued to come for Fajr after the challenge was over, whilst others were asking their masjid to continue on the weekends and run such programmes more often – we pray Allah allows them to be from those who granted His shade for both being a youth growing up in the worship of Allah and those whose hearts remain attached to the masjid.”

He added that the initiative will seek to facilitate these Fajr challenges during every major school holiday, unless there are clashes with the month of Ramadan. Abu Zubayr hopes to have hundreds of masājid on board in the future – with the aim being to have thousands of children taking part across the world.

“This concept has been running at an individual level for some time, first coming to my attention at Masjid al-Ansar in Goodmayes. I then personally experienced this challenge with my son at my local masjid West London Islamic Cultural Centre in Fulham, it was run brilliantly. I have to thank these two masajid for setting the idea in motion.

“Furthermore, for the idea of a coordinated, nationwide challenge – which I hope grows much further insha’Allah – I have to thank both Ilmfeed and Islam21c, who in their different ways provided a key inspiration to bring masajid of all backgrounds together in this effort – I make du’a that Allah accepts it from all!”