Are you ready for our first ever NATIONAL CAMPAIGN?
Home / News / Netanyahu: Protests grow as tens of thousands demand resignation 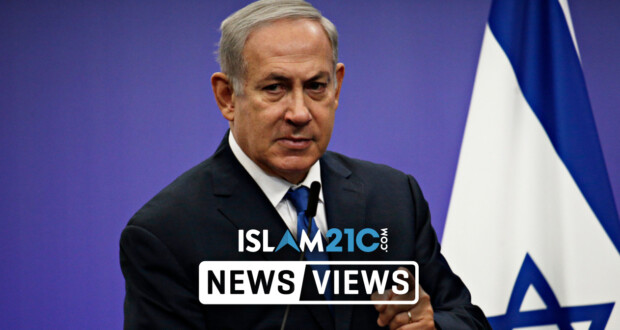 The Israeli Prime Minister Benjamin Netanyahu continues to face strengthening protests as people take to the streets to demand his resignation for his poor leadership and the exacerbation of COVID-19’s effects on the country. [1]

Netanyahu, dubbed the “Crime Minister” on some placards [2], is in his fifth term and 11th year as Prime Minister, and is the longest-serving Prime Minister in Israel’s history. Netanyahu is being urged to quit the premiership while corruption allegations continue to be investigated.

The Israel Police have been looking into alleged breaches of trust, acceptance of bribes, and fraud since December 2016. Netanyahu was indicted for the same charges in November 2019, [3] after which he was ordered to resign from all ministerial roles other than that of Prime Minister. His trial began on 24th May 2020 and will continue for some months. It is astounding that Netanyahu continues to remain in power while clearly in a severely weakened state, with serious charges looming over him and his family. [4]

Due to lockdown restrictions linked to COVID-19, demonstrations are currently only permitted to take place within 1km of an individual’s home. Nonetheless, protesters have been forming in huge numbers in various parts of Israel, and it remains to be seen how Netanyahu deals with this ongoing attack on his “leadership”.

The Black Flags movement, which was founded in March 2019, is behind the most recent calls to take to the streets. The movement has grown exponentially, with many people supporting its desire to restore democracy in Israel – something Netanyahu is being blamed for destroying. [5] One protester, Adam Eshel, said the following:

“I can’t stand how this man is destroying my country. For three years, I held a gun and served the country in a secret unit…I still do more than 25 days of reserve duty in a year. Now I find myself with a flag and a horn, and it gives me the same sense of service as when I took up arms…” [6]

The Times of Israel reports that the number of nationwide cases of COVID-19 currently stands at 290,003 with 1,941 associated deaths [7]. For a state of 9m people, Israel is ranked 3rd in the world in terms of deaths per capita. [8] This is after an initial period where it seemed that tight restrictions had helped prevent an outbreak, but many people have lost their jobs and businesses, and with the government being too quick to reopen the economy, a second surge has caused a rapid increase in cases and deaths even with another nationwide lockdown in place. [9]

2020-10-11
Shaheer Choudhury
Previous: Parable of the Hypocrites
Next: Timbuktu: Empire of Knowledge