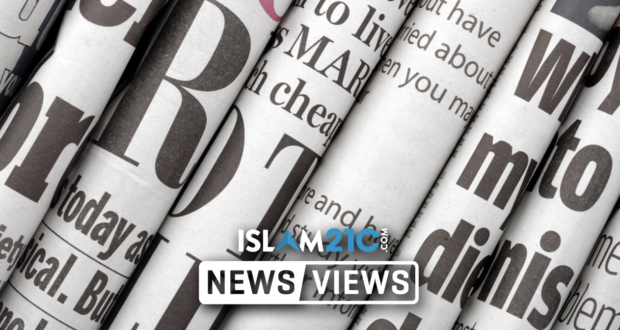 “I have a suspicion that [Muslims] are from time to time written about in a way that [newspapers] would simply not write about Jews or Roman Catholics,” says the outgoing chairman of the Independent Press Standards Organisation

The press watchdog, the Independent Press Standards Organisation (IPSO) has stated the obvious: Muslims get unfair treatment in the UK printed press. The departing chief of the organisation told the Financial Times that the portrayal of Muslims in British newspapers had been the most difficult issue faced since the inception of IPSO in 2014.

IPSO is due to publish guidelines for journalists early in 2020, following criticism from a Home Affairs Select Committee hearing on Islamophobia, where it was concluded that IPSO was not doing enough to tackle the issue, citing inflammatory and inaccurate writing about Muslims. Sir Alan Moses, who is stepping down as chairman of IPSO, acknowledged the problem, commenting:

“I speak for myself, but I have a suspicion that [Muslims] are from time to time written about in a way that [newspapers] would simply not write about Jews or Roman Catholics.”[1]

However, any such guidelines will only be voluntary and are therefore not likely to be followed by those with an Islamophobic agenda. Reacting to the mere talk of proposed guidelines, newspapers such as The Telegraph branded them a threat to free speech, a charge dismissed by IPSO as “groundless”.[1]

Although the organisation can force its membership of over one thousand British newspapers to publish corrections and pay fines for serious breaches, their impact has been fairly limited as they seek to “avoid prejudicial or pejorative reference” in the name of free speech. This was emphasised only a few days earlier when Sir Alan said:

“But what we have to acknowledge is that, in striking the right balance in this country, there is no right not to be offended.”[2]

IPSO has been criticised for their soft approach on the matter, with some claiming there is a lack of true independence given that the organisation is funded by its members and has never issued a fine despite a range of misleading headlines and stories during the Brexit debate, for example. One media professor, Steve Barnett, highlighted the now-famous story run by The Times that claimed a white Christian child was forced into Muslim care and influence. Professor Barnett noted:

“Had that disregard for the industry code happened in any other industry, the press would have been up in arms condemning the shocking negligence of these professionals.”[3]

The so-called right to offend has been used to justify many alarmist headlines in the past years, with former Conservative Party chair Sayeeda Warsi commenting some years ago:

“A shock-jock Muslim story on the front page sells papers. This is nothing new, we have been here before — some of the headlines we see now could have been written about the Jewish community in the 1930s and indeed were.” [1]

2020-01-01
Abdullah Izzadin
Previous: India: Police use facial recognition at rally amid privacy concerns
Next: Quranic Community #8 | They called out the Messenger and the Companions Respond