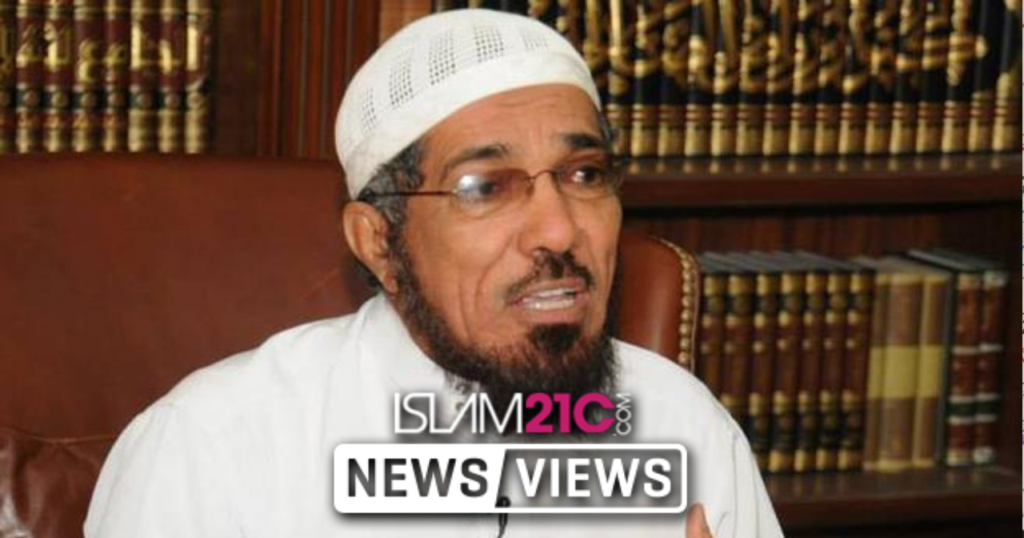 Prosecutors in Saudi Arabia have sought the death penalty for prominent scholar, Shaykh Salman al-Ouda, following an apparent secret trial last month. [4] His son Dr Abdullah confirmed on twitter that the well-known Sunni scholar is said to have faced 37 charges, [2] which according to London-based rights group Al-Qist, included incitement against the ruler and spreading discord. [3]

The Saudi attorney general accused my father @salman_alodah of 37 charges including organizing a committee to defend the Prophet, being a member of the Union of the Muslim Scholars, and tweeting against “tyranny”
And they asked for his execution#النيابة_تطالب_بقتل_الشيخ_العودة https://t.co/R3zGi19Whe

Last year, the Shaykh tweeted to his 14 million followers in support of what he interpreted as reconciliation with neighbouring Qatar: [4]

His arrest came days after the tweet, and he was said to be held in solitary confinement for nearly five months afterwards before eventually being hospitalised. [5]

The Shaykh, who studied under notable scholars such as Ibn Baz and Ibn Uthaymeen, is well-known throughout the Muslim world for his works, which include hundreds of articles, publishing 53 books and formerly supervising renowned website IslamToday.net. [6] He is seen as a highly influential voice with millions of followers on social media.

Some of his own words seem pertinent to his current situation:

“The greeting of peace – assalāmu ‘alaykum – has many meanings. One of these meanings is that the person you are greeting will be safe from you -from your tongue, your heart, and your hand- and that you will not transgress against that person with your words or your deeds. This greeting is also a prayer for peace, safety, mercy and blessings. We should take those noble meanings, which we so often say with our tongues, and make them our way of life in our dealings with other people.” [7]

And another of his sayings:

“The Quran refers to “those who followed him in the hour of difficulty.” How beautiful the Quran’s expressions are. It refers to difficulty as an hour that passes by quickly and then is over, not as something that overwhelms one’s whole life.” [8]

“A disturbing trend in the Kingdom [that] sends a horrifying message that peaceful dissent and expression may be met with the death penalty.” [9]

“If they kill him then they are merely hastening the command of Allāh in blessing him with shahādah. Ibn al-Qayyim said that sometimes Allāh wishes a reward for His slave so high that the he cannot reach it except through martyrdom.” [10]

Omar Hajaj recalled his personal experience with the Shaykh, adding:

“Shiekh Salman Al-Awdah, a man that I love like my own father…He is a man who cares about his society and Ummah and his 40 years of activism, writing, teaching and preaching is only proof of that. Let us all pray for him and make efforts to defend him – the same way he would defend one of us if we were in the same situation.” [11]