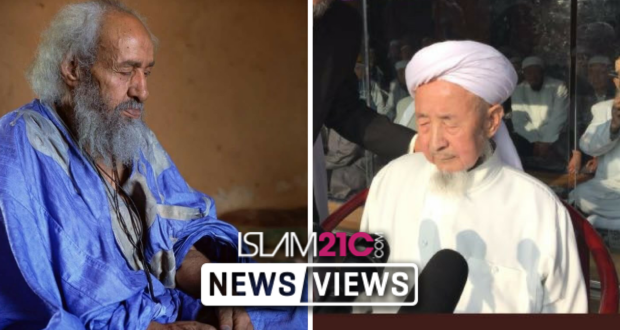 Sh Murabit al-Hajj passes away after a century of worship

The great Mauritanian Islamic scholar, Sheikh Murabit al-Hajj and one of the senior scholars of China, Sheikh Dunig Qawan Abdullah have passed on to meet their Lord.

Sheikh Murabit al-Hajj who passed away at the age of 105 was one of the senior scholars in Mauritania who was known for his zuhd, worship and mastering of the sciences of Islam. The Sheikh is also the cousin of Sheikh Muhammad al-Hassan Walid al-Dido al-Shanqītī who is the President of the Center for the Development of Scholars.

In 2016, Sheikh Murabit al-Hajj was selected as amongst ‘The 500 Most Influential Muslims’ by The Royal Islamic Strategic Studies Centre. [4]

Ustadh Asif Uddin had the opportunity to meet the Sheikh in the summer of 2002. On his journey to meet him, he said:

“We left from the capital city Nouakchott and it took us more than 16 hours to get to where the Sheikh lived. He lived literally in the middle of nowhere. We had to go up a mountain pass and the closest civilization to the village he was staying in was probably around two hours away. It was very difficult to get to where he lived. I stayed in the village of Sheikh Murabit for three nights and very few people come to that area. When we came, they were very hospitable to us and they slaughtered a goat. They don’t have meat that often. We got to spend some time with the Sheikh who was very old and we sat down with him and asked him to make Du’a for us. His students told us that the Sheikh had memorised the entire Tafsir al-Qurtubi which is around 11 volumes. The way that they would be able to tell the health of the Sheikh was if he was able to lead the Salah. Alhamdulillah when I was there he lead all the Salah’s, however they were quite short. The Sheikh mostly was in a lying down position or sitting up position in his residence which was made up of tents. In order to get to the Salah, they would actually have to carry him. There would be one person on either side of him to carry him to the musalla area and then he would have enough strength just to stand up and pray.

Sheikh Dunig Qawan Abdullah also passed away this week, he was one of the senior scholars in China and the Imam of the Dongguan mosque in the Northern city of Shenyang. His Janazah was attended by more than 200,000 people.

On receipt of the news of the passing of the two scholars, Shaykh (Dr) Haitham al-Haddad said:

“I would like to extend our community’s sincerest condolences upon the passing of these two great scholars, Sheikh Murabit al-Hajj and Sheikh Dunig Qawan Abdullah, to their family, students and community at large.”