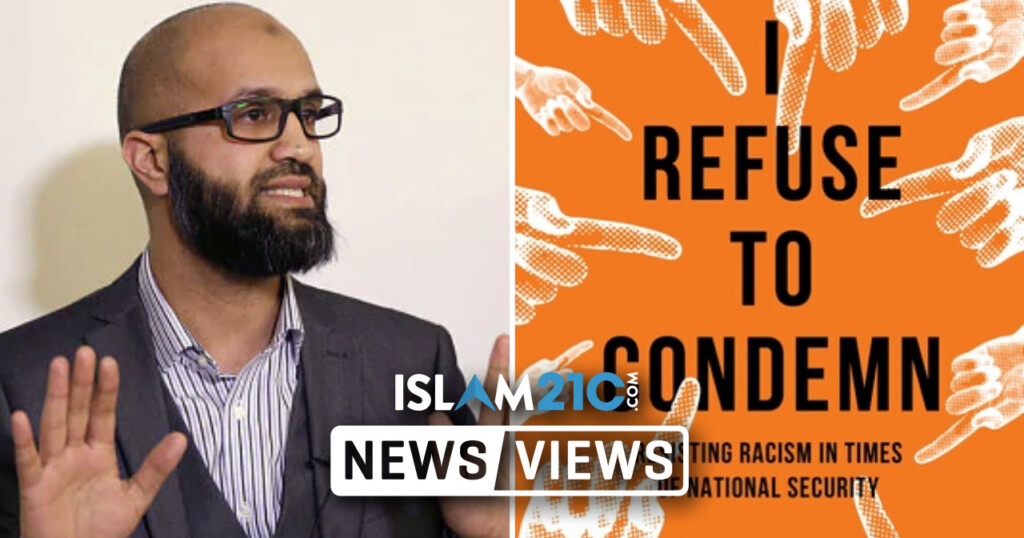 Manchester University Press have been criticised for publishing a book edited by Dr Asim Qureshi, the research director of the UK-based advocacy organisation CAGE. [1]

The forthcoming book, titled I Refuse to Condemn: Resisting Racism in Times of National Security, is edited by Dr Qureshi and features a collection of essays from a wide range of individuals, including Ireland-based lawyer Fahad Ansari, spoken word poet Suhaiymah Manzoor-Khan, and rapper Lowkey, to name a few.

The fearmongering tactics towards the book are thought to have been conjured up by the UK Government’s counter-extremism commissioner Sara Khan and the think-tank Quilliam, which The Telegraph are hoping to use as a hook to try and undermine the book.

Sara Khan has criticised the move as giving legitimacy to a group whose “senior leaders have advocated supporting violent jihad overseas.”

“Groups like CAGE use the guide of ‘freedom of speech’, ‘rule of law’ and ‘anti-racism’, but it is the Commission’s view that when CAGE’s activism, belief and behaviours and examined closely, these values are in fact a cover to legitimise their divisive activism.”

Furthermore, the policy director of Quilliam, David Toube, said that CAGE has a “long and disturbing track record of rallying support for dangerous terrorists.” Toube further added that the decision by the Manchester University Press to publish the book was a “slap in the face” for the victims killed in the Manchester Arena bombing in 2017.

A spokesman for Manchester University Press has responded to those who have “misunderstood the book’s message” and has made it clear “to anyone in doubt that MUP’s reaction to the Manchester Arena bombing has been in solidarity with our city.”

The book “explains how the expectation to condemn has emerged, tracking it against the normalisation of racism, and explores how writers manage to subvert expectations as part of their commitment to anti-racism.”[2]

The publisher’s spokesman further commented saying that the book was not a defence of violent criminals but an “examination of society’s expectations around an appropriate response from innocent people of colour unconnected with extremists except for similarities of race or religion.”

“The book holds that a refusal to condemn an individual or their actions cannot and should not be interpreted as support for that person or their conduct.”

The Telegraph has decided to run a story today about @AsimCP’s upcoming edited book where I & others have shared our thoughts on racism & resistance. The piece is a complete and utter trite.@ManchesterUP have 50% off the book right now. Use the code: resistracism https://t.co/wxwBatugHn

A spokesman from CAGE commented that the aforementioned individuals have been extremely zealous in their criticism of a book that has not yet been published, demonstrating “their obsession with censoring opinions critical of state policies” as well as “suppressing freedom of expression”.

In light of the attacks leading up to its November 2020 release later this year, the Manchester University Press has responded by offering a 50% discount for pre-orders of the book. To purchase a copy, use the discount code ‘resistracism’ at checkout by clicking here.

📚I refuse to condemn, resisting racism in times of national security📚

Media outlets like The Times and The Telegraph continue to smear mainstream Muslim organisations, instigate suspicion, and promote fearmongering. These outlets have again proven they lack the basic requirements and conditions for accurate journalism and truth in reporting.

It is therefore not shocking to see that The Telegraph has yet again published a story that smears  and demonises the likes of the advocacy group CAGE.

Only last week, the right-wing paper The Times was accused of fabricating facts about CAGE after “a number of factual inaccuracies” were found in a piece authored by John Simpson. [3]