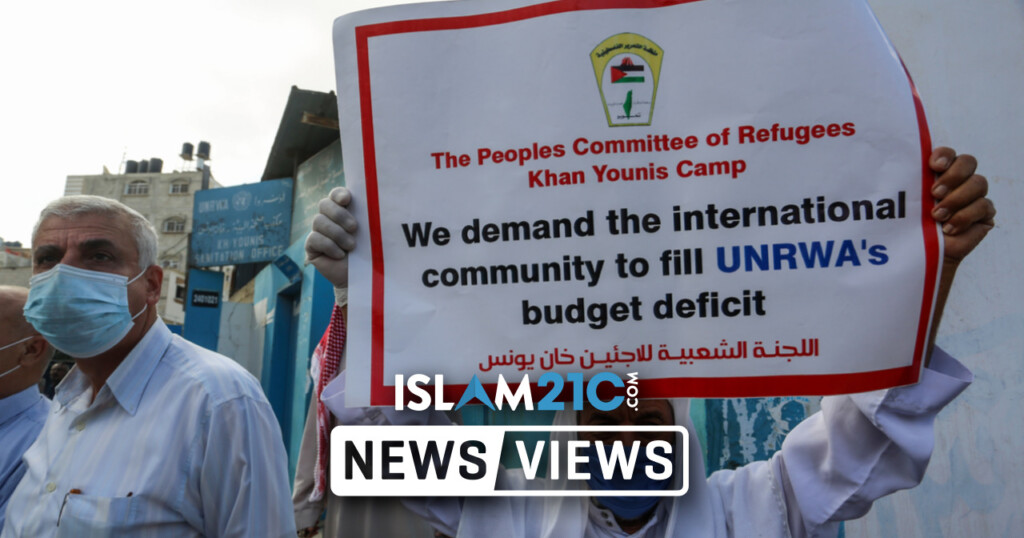 If ever there was the need for evidence that the UAE has completely turned its back on its Palestinian brethren, its recent curbing of donations to the United Nations Relief and Works Agency for Palestine Refugees (UNRWA) would be the last nail in the coffin.

The UAE has almost completely ceased its financial contributions towards the UNRWA.[1] Bahrain has also reportedly cut its contributions to the humanitarian relief agency, but specific figures have not been disclosed. The UN has confirmed that there has been a reduction in UNRWA funding from Bahrain.[2]

The drastic reduction in monetary backing for the UNRWA coincided with the so-called “normalisation agreement” signed between the UAE and ‘Israel’ and brokered by the US in August 2020.[3]

The Trump-negotiated deal was panned by the Palestinians and Muslims across the world as soon as it was announced. The Ministry of Foreign Affairs of the Islamic Republic of Iran said the deal was simply an example of “strategic stupidity from Abu Dhabi and Tel Aviv that will undoubtedly strengthen the resistance axis in the region”. [4]

“The oppressed people of Palestine and all the free nations of the world will never forgive the normalising of relations with the criminal Israeli occupation regime and the complicity in its crimes.”[4]

The UNRWA, headquartered in Amman, Jordan, was founded in 1949 and plays a crucial role in providing protection and assistance to more than 5.7 million Palestinian refugees across the Middle East. The agency provides education and healthcare as well as various other essential services.

With its sudden cutback in funding, the UAE follows the lead of its partner in crime, the US, which took the unprecedented step of halting its substantial yearly contribution of roughly £262 million to the agency.[6]

“…$300 million in funding was cut in January following an abrupt decision by the United States, which has since announced that it will not contribute any funds as of 2019.  The resulting financial crisis has been unprecedented… a mid-January shortfall of $446 million, equivalent to 40 per cent of the Agency’s operating income.  It threatened general education for 525,000 students, essential primary health care for 3 million patients and food assistance for 1.7 million refugees who fled complex emergencies, including Syria.”[7]

The UK, Germany, and the EU Commission were the biggest donors in 2019, with their input accounting for 37.7% of total funding for that year.[8] It should also be noted that the UNRWA depends entirely upon voluntary contributions, so it had already felt the purse strings being tightened before the UAE essentially brought its contributions close to nil.

The Director of the UNRWA Representative Office to the EU, Matthias Burchard, was honest in his assertion that the agency “has run out of money”. In an article on the EUobserver in December 2020, Burchard said:

“The UN Agency for Palestine refugees (UNRWA), has run out of money, just as the world continues to fight a global pandemic, and for millions of Palestinian refugees in the West Bank, Gaza, Jordan, Lebanon and Syria, Covid-19 is two pandemics in one: a health crisis and a pandemic of abject poverty.”

“From the start, and thanks to generous contributions from the EU and its member states, UNRWA has been instrumental in the fight against the spread of Covid-19.”

“We took swift action to continue our services while protecting our staff and refugees. We successfully shifted our health services to triage and telemedicine, education to remote learning, and food delivery from pick-up at distribution centres to home delivery.”

“UNRWA’s acute financial crisis today means that our 28,000 employees, many of whom are Palestine refugees themselves, feel uncertain about their future.”

“For the agency, this means uncertainty that we will be able to keep our critical humanitarian and development programmes running, not because of a lack of willingness, but because financial means are failing us.”[9]