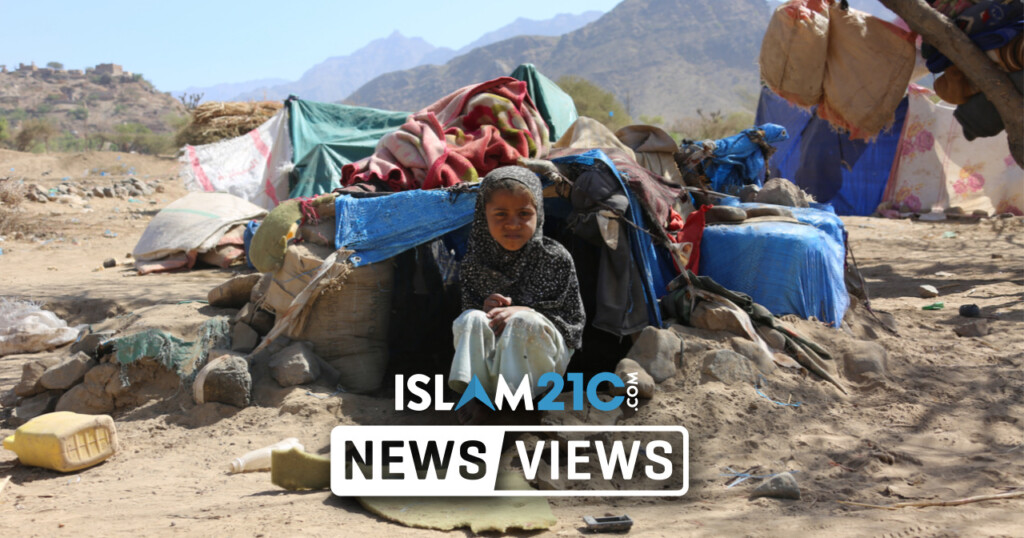 The British government has come under fire from all corners of the political spectrum for slashing the annual foreign aid budget, with Prime Minister Boris Johnson roundly condemned last week for stripping Yemen’s financial support from £164m last year to only £87m this year. [1]

Yemen, which has been enduring a bloody civil war that has led to the displacement of millions and the deaths of over 233,000 [2], continues to struggle during the COVID-19 pandemic. The Arab nation is on the cusp of famine, according to a late 2020 report by the International Rescue Committee. [3]

The former UK International Development Secretary, Andrew Mitchell, said that such sharp cuts would be “unimaginable” and that the move would effectively “condemn hundreds of thousands of children to starvation”. Mitchell also said, “Now instead of the story being ‘British leadership tackling poverty’, the story is ‘Britain cuts its support and keeps cutting’. It has made people sit up and think.” [4] The Shadow Foreign Secretary Lisa Nandy argued that in seeing through such decreases in the foreign aid budget, Britain would be “abandoning our moral obligations”. [5]

Deliberations are ongoing concerning other Middle Eastern countries, with reductions of 67% being expected in war-torn Syria, and a whopping 88% shrinkage in monetary support to neighbouring Lebanon. [6]

Last Monday, the UN held an international donor conference where it sought funds of $3.85bn to address numerous global humanitarian programmes. Unfortunately, the conference only managed to cobble together $1.7bn in pledges.

The UN Secretary-General Antonio Guterres was brutal in his remarks chastising not only the British government but also others around the developed world, saying, “Millions of Yemeni children, women and men desperately need aid to live. Cutting aid is a death sentence.” [7]

“The best that can be said about today is that it represents a down payment. I thank those who did pledge generously, and I ask others to consider again what they can do to help stave off the worst famine the world has seen in decades…” [7]

Moreover, in excess of 100 charitable organisations – including Save the Children, Oxfam, Christian Aid, and Care International – have signed and delivered a letter to the UK government, arguing that it has made a massive “misjudgement” in its belief that the British people are content in turning their backs on those who are suffering humanitarian crises around the world.

The letter goes on to say:

Originally reported by the political website openDemocracy, leaked government documents show the extent to which Boris Johnson’s Conservative government is keen to strip funding in countries and regions including the Sahel – with a reported 90% reduction being planned from £340m to £23m – as well as the abovementioned countries of Syria and Lebanon, on top of Somalia, Sudan, the Congo, Nigeria, Libya, and the West Balkans. [6]

Notably, the Government has not disputed the leaked reports, saying instead that it desires to “remain a world-leading aid donor”. [5]

However, with the Government planning to cut foreign aid by approximately £4bn during 2021-22, it will not meet the UN’s longstanding target for developed nations to provide 0.7% of gross national income in the form of overseas development assistance. [8]

The 0.7% target, which has been in place since the UN General Assembly passed Resolution A/RES/2626(XXV) in 1970, in reality has only been met by the UK Government since 2013. A Private Member’s Bill introduced in 2014 and sponsored by former MP Michael Moore was successfully passed in 2015 and effectively made it a legal obligation upon successive governments to meet the 0.7% figure. [9] [10]

The head of Oxfam GB, Danny Sriskandarajah, argued that the Johnson government’s aid reductions are “a false economy” that eradicate a fundamental source of support for millions in nations such as Yemen and beyond “who can’t feed their families, have lost their homes and whose lives are threatened by conflict and Covid.” [5]

“It’s a betrayal of not just the promises we made to the world’s poorest and most needy. It’s a brutal betrayal of British values. It’s an undermining of this government’s stated aim to be global Britain, to provide the sort of positive leadership.”

“And arguably, worst of all, it’s a particularly callous decision because this government has actually increased the sales of British arms to Saudi Arabia, which is a party to the conflict (in Yemen).” [11]