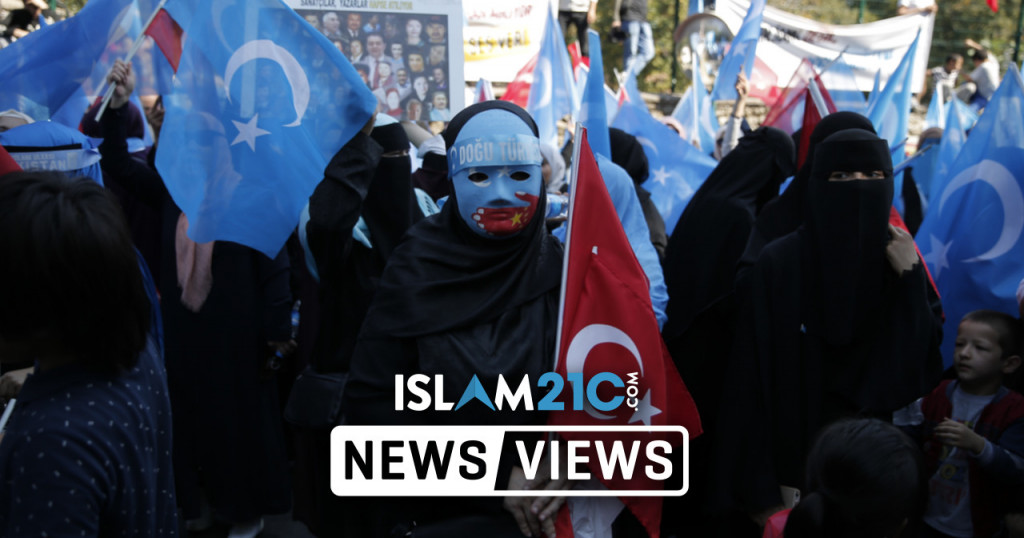 The second and third days of evidence gathering for the special Uyghur Tribunal process have passed relatively smoothly. At the same time, however, listening to so many painful and appalling survivor testimonies has undoubtedly been an emotionally taxing experience. This includes the testimony of one Uyghur woman who had her womb forcibly removed.

Dr Salman Butt, who presides as Islam21c’s Chief Editor, was in attendance during the sessions held on Saturday and Sunday. He subsequently shared tragic segments of the six statements through a number of social media platforms. From among the most painful testimonies heard during the weekend was that of a Uyghur woman, who bravely threatened to sue a fellow doctor when they were about to remove her womb.

Dr Shemsinur Abdighafur, who began working as a medical doctor in 1992 at Laskuy Hospital in Hotan, was asked a number of difficult questions by the tribunal. A notable example is the following query posed by the panel: “What did the doctor – who removed your womb – tell you, when you threatened to sue him?”[1]

“That doctor who removed my womb was begging me by saying, ‘Each doctor has to remove around two thousand wombs a year. That is our job, we have to do that’. Since she was begging me, I decided not to press charges.” [1]

The veteran doctor, who fled China in September 2010 and currently lives in Turkey, further explained that the main reason why she opted to not press charges was because the offending doctor was a fellow ethnic Uyghur. From her testimony, it became evident that Uyghur professionals have been coerced by the Chinese government to perform horrific procedures on their ethnic counterparts. Some professionals have submitted to these pressures in order to safeguard their own careers and lives.

“…I wanted to sue them, but the doctor was a Uyghur doctor, so I decided not to cause damage to them…The doctor was doing a master’s degree, so she needed to have at least two thousand cases. That is why she did it.” [1]

The policy of “Becoming Family” (结对认亲), which was initiated by Beijing in 2016, is of utmost concern. There is a wealth of evidence which documents how after their husbands have been detained in concentration camps, Turkic Muslim women are ordered to live with ethnic Han men. During these “forced assimilation” encounters, these women are often subjected to rape and forced insemination. The CCP envisages the implementation of this programme as being a step towards eradicating the cultural fabric of the Turkic Muslims, by forcing the births of children with ethnic Han fathers. [2]

Not all examples of Chinese oppression related to sexual violence, however. One particular example provided by Dr Abdighafur was that of a woman who presented symptoms which suggested the existence of a mental disorder. As the testimony indicated, this disorder was a direct result of the enormous mental pressure of being compelled to read CCP literature.

While completing an internship at the Hotan Uyghur Medicine Hospital around 2006-7, Dr Abdighafur quickly ascertained the following finding: “The reason she was mad was because she was a teacher, and in her school all the Uyghur teachers were brought together and forcibly taught by the authorities about how great the Communist party is.” [1]

She elaborated further by providing the following background information regarding the stricken teacher:

“She had to write a statement about how great the Communist party is three or four times, but she could not write it to a satisfactory level because every statement was turned back. That statement had to be no less than 5,000 words. So, you have to rewrite every sentence that is not approved by the authorities. You have to criticise yourself and criticise your wrongdoing. That teacher went mad because she couldn’t find things to write down. We did an assessment of the teacher and we worked out [that] this is why she is mad.” [1]

Nathan Ruser, a researcher with the Australian Strategic Policy Institute, shared a damning written submission informed by statistical evidence during Sunday’s session. His work aimed to uncover the effective cause of the rapidly declining birth rates in parts of Xinjiang (which China often calls East Turkestan), where there is a Uyghur majority.

Through the examination of both qualitative and quantitative data regarding the subject, a number of disturbing conclusions were made. Quite simply, analysis of demographic trends suggests that a genocide is underway. For instance, Yengisar is a Uyghur-majority county, with 98.4 percent of its population belonging to the ethnic group. While the number of babies born in 2015 for the region was 11,878, the figure nosedived to only 4,141 in 2018. In other Uyghur-majority regions a shocking decline in births can also be observed. In the case of Hotan County, which has a 99.4 percent Uyghur population, 6,993 babies were born in 2015. However, the figure sharply dropped to only 2,639 in 2018. In contrast, the Han-majority Shihezi City (whose population is 94.1 percent Han) enjoyed a rise in births for the same time period, from 3,688 babies born in 2015, to 4,548 in 2018. [3]

Ruser concedes that the findings of his organisation do not “demonstrate intent.” Nevertheless, these negative trends suggest that the “systematically discriminatory and coercive … nature of these policies to suppress birth-rates may constitute acts of genocide under Article II section D of the Convention on the Prevention and Punishment of the Crime of Genocide.” [3]

Another survivor of the CCP’s terror programme, Gulbahar Jelilova, was asked by the Tribunal to share her experiences of rape and torture at the hands of the Chinese. Jelilova, who was previously a clothing exporter for almost 20 years, described in detail the torture she underwent. She recalled how during interrogations, she was repeatedly beaten with iron and wooden rods, whilst being shackled by her hands and feet to an iron chair. Police demanded that she sign an unknown document, but she refused. Since she only spoke Russian and required legal advice, she should have been provided with both a lawyer and a translator. Amongst other questions, interrogators asked her whether she prays, if she had ever visited Turkey, and who she has contact with through her mobile phone.

“I had no rest; I could not go to the toilet. It was a continuous interrogation. Every 2 hours there was a police rotation. They were trying to make me sign the same paper they had asked me to sign initially. I was very weak after the interrogation, and I was given an electric shock or was beaten with a wooden bar as I was falling asleep, as I was so weak. I still refused to sign the paper. After 24 hours they removed the chains, and I was asked to stand up. My feet were swollen, so I immediately fell down. Then a doctor came and put something to help.” [4]

“They asked me to sit on the chair where they chained me to the chair. There were three people, one on a computer, one translating and one interrogating … One of the Chinese men removed his trousers and approached me and tried to put his penis in my mouth. I said, “Don’t you have a sister and mother?” and protested. The other Chinese man was beating me … I was very weak after this and had heart pain, and even lost consciousness. I then was brought to the hospital again…I was in the hospital four times after each time I was raped, for 40 days overall in the hospital.” [4]

Monday will mark the final leg of the multi-day evidence gathering stage. Consequent to the initial fact-finding phase, the second stage of the tribunal process will commence in September. It is projected that by the end of the year, a final judgment will be issued by the Tribunal.