West have a moral and ethical responsibility to help Rohingya 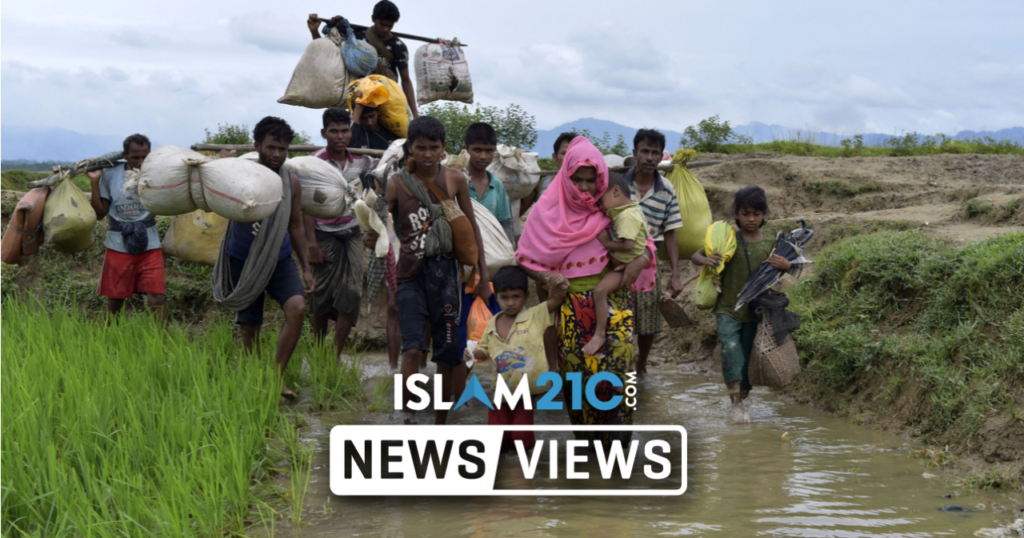 An international conference held in the UK has discussed the Rohingya crisis at length, looking at the pertinent issues that continue to plague the world’s most persecuted people, from ethnic cleansing in Myanmar to life as refugees in Bangladesh.

The conference was organised by the Institute for Risk and Disaster Reduction at the University College London and was held over a period of two days from Thursday 4th to Friday 5th July. The conference hosted a number of sessions that addressed issues such as state sponsored violence in Myanmar, the roles of gender, religion, and ethics, as well as many others.

Among the many panelists, which included professors, academics and activists, were chief guests and keynote speakers: H.E. Ms. Saida Muna Tasneem, the Bangladesh high commissioner to the UK, Ireland, and Liberia, and Chris Sidoti, an international human rights lawyer, advocate and teacher.

Tasneem said that “the world cannot forget that the Rohingya people are the most underrepresented and persecuted”.

“Just because the media does not give them coverage, it does not mean that what is being done to them is not happening, I assure you it is.”

The high commissioner added that the influx of Rohingya refugees into Bangladesh is unprecedented and that the Dhaka government is doing everything in its capacity to accommodate them. However, she urged the West to help alleviate the suffering of the Rohingya through the supply of aid and increased cooperation with the government.

“The West has a moral and ethical responsibility in helping out the world’s oppressed and persecuted. Often times they talk of morality and principles but now we have a situation where they act upon their words and really make a difference in the lives of those who have been driven out of their land, lost their loved ones, and are unable to return.”

Speaking on state violence enacted by the Myanmar government, Sidoti explained how the security forces propagated a scorched-earth policy to drive out the Rohingya people from their homes in Rakhine state. The military entered their towns and villages, forcibly removing the inhabitants, raping women and young girls, and burning down their houses and businesses to ensure they can never return.

According to Sidoti, hundreds are killed in this violent process, with many more being forced to flee. In order to drive fear into the hearts of the Rohingya people so that they never return back to Rakhine state. Furthermore, by destroying their homes and businesses, the authorities make space for the construction of new homes for migrants from other parts of Myanmar, often Buddhists, to occupy and take up the land that belongs to the people of Rohingya, thus erasing any trace of their existence.

“We see often the repeated use of this scorched earth policy by the Myanmar authorities in effectively driving out the Rohingya population from their lands and rebuilding homes and businesses anew for the arrival of migrants to make it look as if the Rohingya never existed in Rakhine state, but also to cement the idea that they can never return back as they will have nothing to return back to.”

The use of rape as a weapon against the people of Rohingya has become widespread, with many Rohingya women testifying the horrors they endured when the Myanmar military plundered their towns and villages. With no armed force to protect them and no international intervention to prevent the security services from carrying out these horrific acts, Rohingya women are extremely vulnerable to severe abuse at the hands of the military.

Often times, many Rohingya families are separated when forcibly removed from their homes. As such the women find themselves without the protection of their fathers, brothers, or husbands, and so are left vulnerable to being attacked and abused by the security services personnel, with many being killed.

The role of religion and ethnicity is one of the root causes of the genocide of the Rohingya people. Being a minority Muslim ethnic group in a majority Buddhist nation, the people of Rohingya have faced persecution and discrimination for decades. They have been denied citizenship and all the benefits that come with it and thus, are restricted in nearly every aspect of life such as acquiring an education, healthcare, setting up a business, voting in an election, and many other basic rights.

The Myanmar government have accused the Rohingya people of being foreigners, migrants from Bangladesh who do not belong in Myanmar, and has used this to justify the denying of basic rights to the people of Rohingya. Moreover, they are persecuted also because of their Islamic faith and are viewed as third-class citizens.

According to Amnesty International, more than 750,000 Rohingya refugees, mostly women and children, have fled Myanmar and crossed into Bangladesh after Myanmar forces launched a crackdown on the minority Muslim community in August 2017. Since 25th August 2017, nearly 24,000 Rohingya Muslims have been killed by Myanmar’s state forces, according to a report by the Ontario International Development Agency (OIDA).

In a report, UN investigators said such violations may have constituted to crimes against humanity.