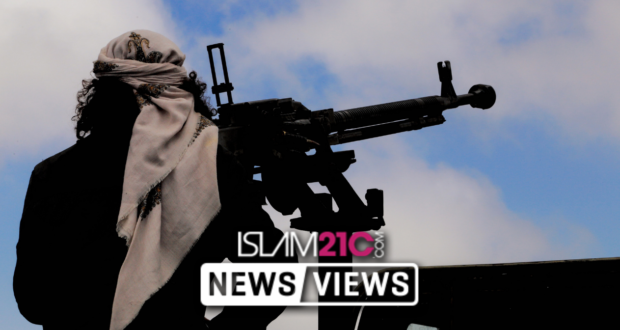 Yemen’s port of Hodeida has entered a fragile peace after a UN-brokered ceasefire between Houthi fighters and units loyal to the government of president Abd-Rabbu Mansur Hadi came into effect.

The ceasefire follows weeks of intense talks, consultations and negotiations between the two warring sides in the town of Rimbo, Sweden.

Representatives from the Houthi movement and the Saudi-UAE backed government of president Hadi agreed to withdraw their fighters from the port city and allow the deployment of UN forces to supervise and establish a humanitarian corridor.

Speaking to Al Jazeera, one resident said that:

“the situation is calm, but it’s important to remember that even on a normal day you can hear the sound of gunfire.”

Another resident, whose wife died from a treatable illness, said that:

“the humanitarian situation is beyond horrible. The majority of people don’t know where they will get their next meal and the number of malnourished people is shockingly high.”

“Women can’t produce milk for their children. People are dying every day. The humanitarian situation is very bad and residents here need urgent help” he added.

The agreement will be endorsed by a UN Security Council Resolution that has been drafted by the UK as well as endorsing the need for a UN administration to run the port and oversee the withdrawal of the warring sides.

As per the UN agreement, within the next 21 days both sides are expected to withdraw and international monitors led by the retired Dutch Major-General Patrick Cammaert will be deployed.

An estimated 8.4 million people in Yemen are at risk of severe famine and more than 22 million people, or 75 percent of the population, are in need of humanitarian assistance.

The war has resulted in a collapsed economy and a cholera outbreak that has affected over 1.1 million people.

The endless bombings, bloodshed and starvation in Yemen is continuing whilst certain nations use the poverty-stricken war-torn country as a proxy to gain influence in the region, at the expense of the extreme suffering of civilians.

Ethar Relief is one of the main UK charities providing life-saving support to some of the millions affected in Yemen. You can help save lives, click here to find out more and support their Emergency Appeal.

[1] https://www.aljazeera.com/news/2018/12/fragile-hodeidah-truce-takes-effect-sporadic-fighting-reported-181217235749367.html [2] https://www.aa.com.tr/en/energy/energy-security/demonstrators-in-uk-demand-an-end-to-war-in-yemen/22543
2018-12-18
Muhammad Mussa
Previous: What Have We Learnt From Malcolm X? (Rahimahullah)
Next: Brexit: Military to be deployed in the event of a no-deal Brexit