Algerian Airspace and the Hostage Crisis 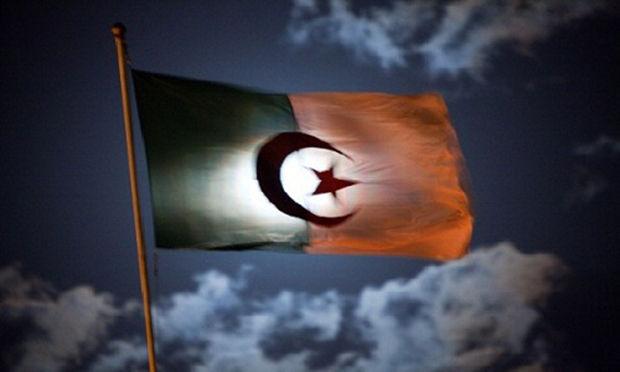 More and more international powers forsake the impoverished nation of Mali and leave it to cripple under the non-discriminating weapons of mass destruction, amidst a campaign supported by the USA, Europe and several African nations. Amidst the further backing of the governments of the UAE and Algeria, the Malian Muslims look upon dismay at the desertion of their neighbours and beyond. Although only to manifest the prophecy of the Messenger (s):

“‘Imminently, there will come a time when the nations gather against you, just as people gather around a feast.’ A man said, ‘Will it be because we are few at that time, O Allah’s Messenger?’ He responded, ‘No, you will be numerous in those times, but you will be as useless as the scum of the sea, and Allah will remove the fear that your enemies used to possess from you from their chests, and He will place al-Wahn in your hearts’, it was said, ‘What is al-Wahn?’, he responded, ‘Love of life, and hatred of death.”[1]

Seemingly, opening the airspace of the tenth largest nation on the earth to the French government’s aircraft of blood and destruction, heading to bombard and facilitate the invasion of a poor and powerless nation was inadequate. It was too meagre a proof of the Algerian regime’s submissiveness to the French colonial force. More so, the 132 year colonisation of Algeria from the year 1830, ‘brutal and unfair’ by the standards of the orchestrator of the Malian catastrophe Mr Hollande[2], claiming the lives of 1.5 million Algerian Muslims[3] was not enough to overcome feelings of destitution to France’s satisfaction. On the contrary, the same administration jumped forth in a display of unparalleled heroism to ‘liberate’ the many hostages at the Southern Algerian gas facility at Togantourine, only to spill blood over blood in a show of unmatched failure. A total of 48 captives were killed, 11 of who were Algerian nationals while the rest were foreign workers from eight different countries[4].

Yet beyond the turmoil and the devastation caused by such frantic enthusiasm, what is most irregular is the largely neglectful attitude that the governments involved in the Malian assault have exposed. The western observer, when noticing such disregard to the dismal and uncalculated dealing of the hostage crisis can only be curious as to the real motives. The apparent British and French unqualified support of Algeria’s government, headed by President Abdelaziz Bouteflika, may have created the confidence to utilise helicopter fire against jeeps carrying the hostages as analysts claim. But regardless of the current joint cause between western governments and Algeria, it is inconceivable that after a western backed ouster of a neighbouring tyranny, the same powers find it in themselves to back a military that overturned its democratically elected predecessor. Moreover, the latter regime is crowned as the remaining and most indispensable ally of the west in its fight against militancy[5]. Although using the memory span of just one year, was it not the contemporary North African power that was repeatedly accused of supplying arms and mercenaries to Gaddafi in his crackdown against civilians[6]? Moreover, does is not vehemently support the Syrian regime and is not one of the last military powers to maintain the backing of the unspeakable crimes committed by Syria’s Alawite forces? Were these positions not considered by Britain and France before this apparent hand in hand conciliation or does opposition to ‘Islamic militancy’ abrogate a long history of oppression?

When is the life of a citizen worth sending Special Forces to rescue and under what circumstance is it made to appear worthless? Are they not citizens with human rights and should they not be protected under resolute National Security? The hostage crisis, on the other hand could have been convened politically, but in the disarray caused by the mission in Mali, it becomes evident that the participating governments have opted for the quicker solution. On the contrary, a longer,diplomatic effort with the captors amidst a war bounded by a constrained budget and a limited timeframe would have rallied up more public resentment to a decision that was ill justified to begin with. The notion of keeping the silence against the frantic rescue bid that killed British and foreign hostages in return for unobstructed open access to Mali is uncomforting to say the least. Then to turn a blind eye to invaluable human life, National and Malian and to push forth into a war that is forecasted to cost $500m[7] reveals that itspurpose extends beyond pre-emptively serving the interests of national security. Such an expense for a single and unnecessary operation, at the very margin of France’s defence budget for 2013[8], ventures with the very security of France. It reveals, furthermore, the presence of vested capitalistic interest in invading Mali that override potential risks and that would otherwise behindered by the spread of the Shariah between its 90% Muslim majority. Furthermore, does such a venture prove, rather disturbingly how much the French government is willing to spend to hamper this spread?

If one were to return to the original demand of the captors: for France to cease operations in Mali, it goes without question that the decision of intervention hasregenerated the sentiments brought about by nineteenth century colonisation. This comes after an improved perception to the external policies of the French government and thus it becomes illogical to utilise provoked retaliation, however unjustified, to legitimise the original assault. The use of the hostage crisis to provide ‘further evidence’ to the French President’s decision ‘to intervene in Mali’[10] is an implosive argument, as in the absence of the intervention, the used justification to the kidnapping would be non-existent according to some observers. It is for this reason that Egypt in its positive stance has reversed the logic of the French authority, stating that the grievances of the rebels should have been addressed rather than to engage in military conflict that is going to only inflame the problem5.

The citizens of Europe have never succumbed to the injustices committed in their name against other people and nations. When non-combatants themselves become victims of this domineering foreign policy while their elected governments who should be compelled to their service overlook their trauma, such policy should be rejected. Britain’s involvement in at least logistically supporting the Malian invasion is unacceptable while the long era of colonialism is over. African nations should be aided in order to facilitate the aspirations of its people and to end anage of poverty as a consequence of continual, capitalist exploitation. The message to the citizens of the world, particularly of Britain and of France is to pressurise their governments to end this devastation, to demand that the roots of the problem are solved diplomatically and to rectify their internationally scarred image. This includes any lawful means through which the governments are lobbied to alter their stance. The ‘war on terror’ has only terrified society and induced social and economic chaos and it must end if we are in hope for worldwide justice.