Previous: Virtues of Ramadan
Next: Teaching myself how not to lose hope 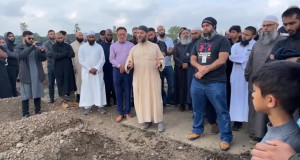