Moulana Yunus Dudhwala is currently the Chair of the Halal Monitoring Committee (HMC). He has been involved in certification of the Halal industry over the past ten years. He is also Head of Chaplaincy & Bereavement Services at Barts Health NHS Trust, located in an area with one of the most diverse populations in the country. He started providing spiritual care to patients on a voluntary basis in 1998, prior to his appointment as the first person from a minority faith to head a chaplaincy service in the NHS. In 2010, he was awarded the NHS employee of the year for his exemplary work as a Muslim chaplain. He has also served as a mosque Imam in Seven Kings and East Ham and also worked as a full-time Imam at the high security Belmarsh Prison. Originally from Blackburn and a graduate of Darul-Uloom, Bury and Al-Azhar University, Cairo, he is a regular speaker at Islamic events and mosques around the country. 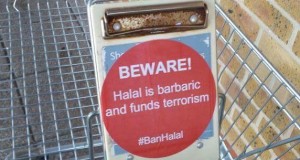 To take urgent action to protect religious slaughter in the UK and EU, sign now at: http://epetitions.direct.gov.uk/petitions/74830 Petition against religious slaughter sadly misses the point… again The last few years have seen a steady stream of sensational headlines seeking to ...