Ilan Pappé is an expatriate Israeli historian and socialist activist. He is a professor with the College of Social Sciences and International Studies at the University of Exeter in the United Kingdom, director of the university's European Centre for Palestine Studies, and co-director of the Exeter Centre for Ethno-Political Studies. He is the author of The Ethnic Cleansing of Palestine (2006), The Modern Middle East (2005), A History of Modern Palestine: One Land, Two Peoples (2003), and Britain and the Arab-Israeli Conflict (1988). 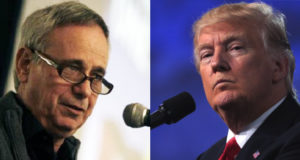 The renowned Israeli historian, Prof Ilan Pappé, writes in his first article for Islam21c that Trump’s Jerusalem announcement has set off a chain reaction of events that could finally lead to a positive outcome for Palestinians...