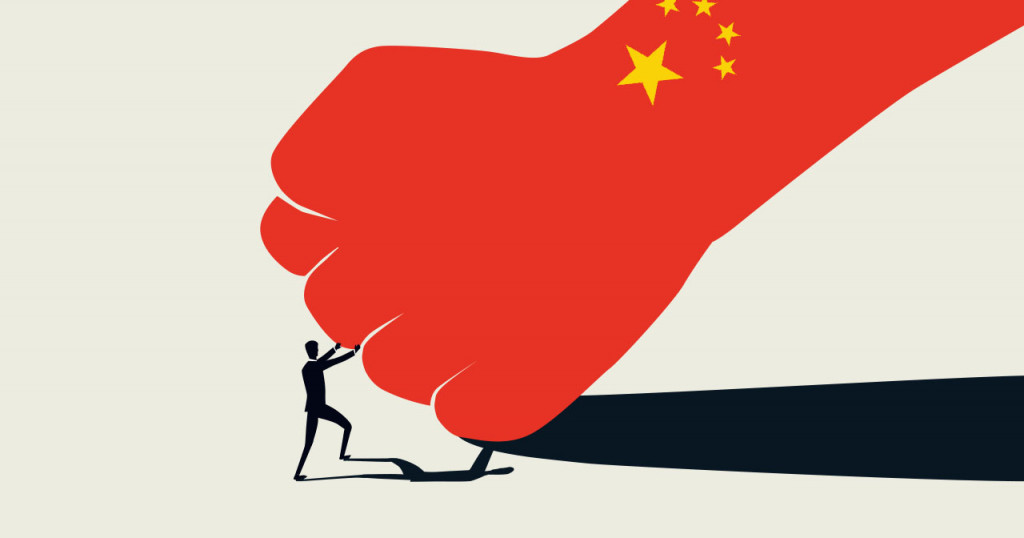 Congratulations to all for reaching the holy month of Ramaḍān! I would like to remind everyone what this month is all about, and this is a reminder to myself before anybody else.

This month is a month of drinking alcohol, entering beer drinking competitions,[1] eating pork, watching dancing imams,[2] getting closer to the Chinese Communist Party (CCP) by proving your allegiance to its members, and by worshipping their lord and saviour Xi Jinping for giving us our daily sustenance.[3]

Now, before you start writing your letters of complaints to the editors of Islam21c or notifying them that they might have been hacked, the information I have just presented is unfortunately true, and it is only the tip of the iceberg of what happens to the Uyghur Muslims of Chinese-occupied East Turkestan on a daily basis, not only during the month of Ramaḍān.

The following is a summary of what an ordinary Uyghur Muslim experiences on a daily basis in Chinese-occupied East Turkestan. It is something we should all be thinking about as another year passes with us being unable to spend time with our friends and family or maybe going to tarāwīḥ prayers because of COVID-19 restrictions.

This Ramaḍān, just like every Ramaḍān for the last six years, Uyghurs will not be allowed to worship Allāh. The following are all banned: using simple phrases like ‘Assalāmu‘alaykum,’[4] ‘Alḥamdullilāh,’ ‘Allāhu Akbar,’ praying, fasting, wearing hijab, having a beard, abstaining from sins such as drinking alcohol or eating pork,[5] reading or even owning the Quran or any religious item,[6] giving charity, and other such religious activities.

One may ask, how does the Chinese government go about monitoring this? Surely they cannot keep track of all this? Well, digital technologies have helped assist in the repression of the Uyghurs.[7] The CCP has not only been able to clamp down on public religious activities, it has also been able to quash religious activities in private too. Processors, sensors, QR codes, smartphone apps, cameras, and the millions of CCP officials forced to live with Uyghurs. All of this monitors each and every move a Uyghur Muslim makes, from expressing the Uyghur culture to religious practices.

Rabigul Hajimuhemmed,[8] a Uyghur rights activist based in Turkey, said back in 2003 that while she was in high school, she would try and fast with her friends. Their efforts to worship Allāh would come with great difficulty as they had to fast in secret. Their teachers and school administration would give out food and water throughout the holy month. This practice was done every Ramaḍān in order to see who was fasting. Hajimuhemmed recounts one incident where she and her friends were interrogated by the school administration to confess if they had taken part in fasting. She narrates, “The principal would ask us, ‘Aren’t you all strong believers in Allāh? Muslims do not lie. Don’t you fear him?’”

Despite the Chinese government’s roots being that of a communist-atheist system, it still uses religious ideology to make Uyghurs come forward to admit their so-called crimes. Hajimuhemmed came forward on that day in school and confessed that she had fasted for three days. She was fined 10 yuan (around $1 at the time) for each day. The amount was small but symbolic, used as a psychological tool to manipulate Uyghurs from a young age. This message is ingrained into their psyche: absolutely no religiosity will be tolerated. The mere fact that you can be fined for worshipping your Lord sends a clear message to young Uyghurs about what was going to be in store for them if they continued to defy the CCP’s rulings on religious practice.

Those who do not follow the rules or are seen as a threat to the stability of Chinese society are sent to modern-day concentration camps.[9] Here, they are ‘re-educated’ to become law-abiding Chinese citizens, i.e. whole-heartedly adhering to the laws of the CCP. In essence, they are forced to reject their culture and religion, and essentially their entire identity. CCP authorities achieve this through forceful indoctrination.[10] Uyghurs are given a warped truth about their religion and culture. Islam is considered a mental illness that needs to be cured,[11] and the cure can be found in the camps. Women are forcefully sterilised to no longer become ‘baby-making machines’ that ‘produce’ more Uyghurs to destabilise the region.[12] [13] Uyghurs are tortured and raped to such a level that the concentration camps are now used as brothels.[14]

Whilst everyone is busying themselves in worshipping Allāh this Ramaḍān – as we all should be to the best of our abilities – and making du‘ā for our shortcomings, make sure you make du‘ā for your Uyghur brothers and sisters who are suffering. Educate yourself on their plight and ask Allāh to help make you a vessel in helping those in need, and He will guide you, in shā’ Allāh.

Stand up for Uyghurs

Islam21c has been working hard behind the scenes with key figures on the Uyghur activism scene to create a nationwide campaign to guide us towards effective action for our Uyghur brothers and sisters. If you would like to be part of this campaign, simply enter your email address in the box below and you’ll be contacted in due course inshāAllāh.