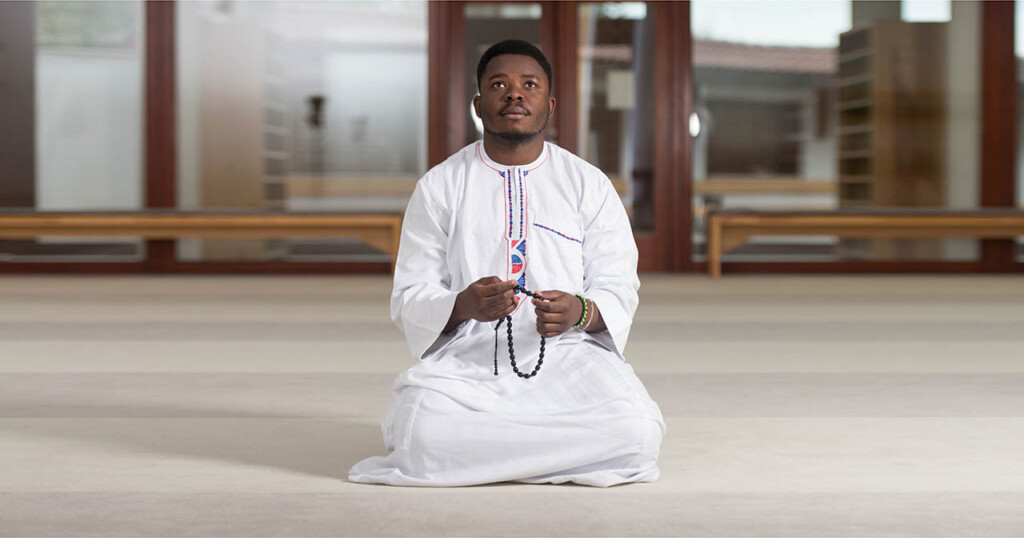 Anti-Blackness exists within our mosques, and Black Muslims are being marginalised at the hands of others in the Muslim community in the UK.

There are over 1500 mosques in the UK, many of which lack diversity on their committees. Some mosques even have enshrined in their constitution that no other ethnic group can be a member of their committee.[1] It is therefore not a surprise that some mosques in the UK are anti-Black and exclusionary for those not from the dominant South Asian background. The fact that some mosques are established by non-Black Muslims is not a justification to use the house of Allāh as a place to enforce ethnic superiority under the guise of cultural preservation.

Muslims of South Asian descent make up the largest group in the British Muslim community, so there is a widespread conflation amongst both Muslims and non-Muslims that being a ‘Muslim’ and ‘Asian’ are synonymous. This has led to the exclusion of Muslims from African and Caribbean backgrounds. In a survey conducted by the Black Muslim Forum, 54% of participants felt that they did not belong to their local mosque, with respondents sharing their experience of ‘being stared at’ in mosques.[2] This is something that I have personally experienced in many mosques across the country, in addition to getting questioned about my purpose of being in the mosque, or someone asking me to share my ‘revert story’ even though I was born a Muslim and Islam has been in my family for many generations.

From the Moors of North Africa who came to Elizabethan England, to the sailors that helped established the first mosque in Liverpool in 1889,[3] Black Muslims have long been a part of the British landscape before South Asian migrants arrived in the 1960s. According to the 2011 census, Black Muslims make up 10% of the British Muslim population, although some have challenged this and believe the figures to be far higher.[4] A study into anti-Blackness amongst non-Black Muslims within the UK found that 97% of people believe that the Muslim community in the UK is not doing enough to tack the issue of racism.[5] It is often the case that the congregational prayers (at least in major cities) will include Black Muslims, with mosques ready to take donations and free volunteer work from its diverse congregation. Yet some of these mosques marginalise the very same people from being part of their decision-making boards. It is time that we call out the racism that permeates within our mosques and the wider Muslim community.

Recently, the Muslim Council of Britain issued a strong statement of solidarity and support towards the Black Lives Matter movement.[6] The statement quotes a verse from the Holy Qur’ān, which states:

“O you who believed, be persistently standing firm in justice, witness of Allāh, even if it be against yourselves or parents and relatives. Whether one is rich or poor, Allāh is more worthy of both. So follow not personal inclination, lest you not be just. And if you distort [your testimony] or refuse [to give it], then indeed Allāh is ever with what you do, Acquainted.”[7]

This verse is a powerful reminder of the obligation and duty placed on Muslims by Allāh to stand firm against injustice. We have seen mosques and community leaders use this very same quote when standing up in support for causes like freedom for Palestine or the treatment of refugees and Muslims abroad. Yet this same passion is needed closer to home to root out anti-Blackness from our mosques and communities. The Yaqeen Institute sets a strong example globally of what mosques should be doing to become more inclusive of Black Muslims.[8] In the UK, Green Lane Masjid offers an example of good practice with a diverse team and activities that cater for Black and minority groups within the community.[9]

As an inclusion officer who specialises in race and ethnicity, I believe that Islam has a strong anti-racism stance. In order to tackle anti-Blackness in our mosques and communities, we need to become anti-racist and establish inclusive communities that foster a sense of belonging for Black Muslims. Becoming anti-racist is a process that mosques across the country need to engage with. This starts by acknowledging that there is a problem with anti-Blackness and that racism is deeply embedded in our communities. This needs to be followed by actively listening to the experiences of Black Muslims, as well as the appointing of Black people onto representative roles on committees, boards, and as Imams. There needs to be regular training on cultural competency and meaningful community engagement for Imams, khatībs, and others involved in the running of our mosques. Finally, as individual members of the mosque, we need to hold accountable those who have roles of leadership and call out any acts of anti-Blackness or racial injustice.

If mosques refuse to act on this issue or are enforcing discriminatory practices, it becomes our duty to hold them to account and not accept this. We must remember our duty to Allāh to stand up against injustice, even if it is against ourselves.

Are we in denial about racism?

Stay tuned for the next part where we’ll discuss solutions in more detail inshāAllāh. Have your own ideas? Share them in the comments below.

Robiu is a history graduate and currently works as an Inclusion Officer at a Russell group university. He provides institutional guidance on matters relating to the experience and inclusion of Black Asian and Minority Ethnic students. His writings focus primarily in representation and participation of young British Muslims in the UK. His twitter handle is @robiusalisu