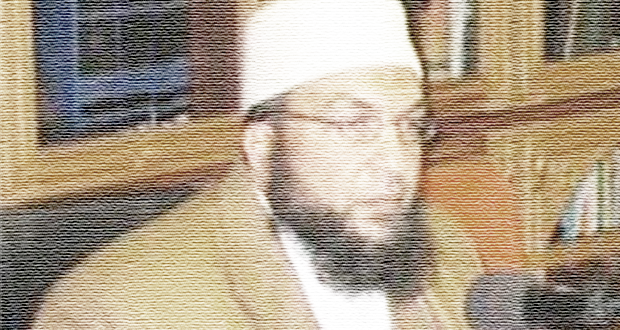 To Allāh we belong and to Him we shall return

It is with great sadness that we receive news of the passing away of the great Egyptian Dāʿī and scholar, Sheikh Mohammad Mustafa al-Muqri. Sheikh Mohammad lived his final moments in the Turkish city of Istanbul, parting the world just moments after breaking his fast on the day of ʿĀshūra. We hope in Allāh that this be a sign of good end for Sheikh al-Muqri. One of the signs of a good end is dying whilst doing a righteous deed, because the Prophet (peace and blessings of Allāh be upon him) said:

After fleeing the imprisonment and torture of the oppressive Mubarak regime of Egypt, he stayed in Britain and continued his daʿwah. He was one of the most amazing orators I have come across in my life. He was invited to deliver Friday Khutbahs and lessons in many mosques across the UK and I have not heard that he ever asked for anything in return for his daʿwah. He has authored many books and held a particular love for the sciences of the Qur’ān, frequently referencing the Tafsīr al-Tahrīr wa al-Tanwīr by Ibn Ashur.

Sheikh Mohammad was moreover known for his resolute stance against the oppressors of Egypt and beyond, and struggled in this path until his last days. He possessed a beautiful sense of humour and humbly leant his attention to the simplest members of the community, becoming loved at every level. The poorest were the closest to him and his support extended to several impoverished families in Egypt. Generosity and kindness were one of his main qualities.

The dhikr of Allāh would never part his tongue and he would engage himself for prolonged hours in one of the Masjid’s side rooms worshipping Allāh in solitude. Despite a severe and long-lasting heart condition, Sheikh Mohammad insisted on maintaining his disciplined routine of voluntary actions; fasting profusely and performing Hajj, even in his weakest physical states. The Sheikh devoted himself to his family and never fell short of participating in community events. He always had time for people.

On Friday 31st October 2014, he wrote from his hospital bed:

Illness has taught me that:

Sufficient for one is to be cured from disbelief and sin. If you had no blessing but Islām then enough of a blessing Islām is. When I was in bed (due to illness), I looked around me at those who were sick from amongst the non-Muslims; how they experience above their pain, the further agony of feeling suppressed from the sweetness of contentment and satisfaction and from the sweetness of mentioning Allāh’s name. This is further with anxiety, worry and depression as they anticipate the end of their only opportunity for enjoyment.

These people find no solace by anticipating the reward of Allāh by hoping to return to Him, nor do they anticipate that (through their suffering) their sins are erased and their errors are overlooked. They do not expect compensation for what they lost in the Dunya with bliss that they find in the hereafter. Alhamdulillāh (all praises are due to Allāh alone) for the blessing of Islām… I slept tightly and in full tranquillity, not complaining of pain or anxiety.

His death was a loss for da’wah in these difficult days. This reminds us of the hadīth reported by ʿAbdullāh b. ʿAmr b. al-ʿĀs that Allāh’s Messenger (peace and blessings of Allāh be upon him) said,

“Verily, Allāh does not take away knowledge by snatching it from the people but He takes away knowledge by taking away the scholars, so that when He leaves no learned person, people turn to the ignorant as their leaders; then they are asked to deliver religious verdicts and they deliver them without knowledge, they go astray, and lead others astray.”[2]

May Allāh bestow his mercy upon Sheikh Mohammad and grant him an abode with the righteous of the past, the Prophets, martyrs and truthful ones.

[2] Recorded by al-Bukhari and Muslim