The loss of a leading figure in Islamic revival, Muḥammad Surur b. Nayif Zayn al-ʿAbidīn 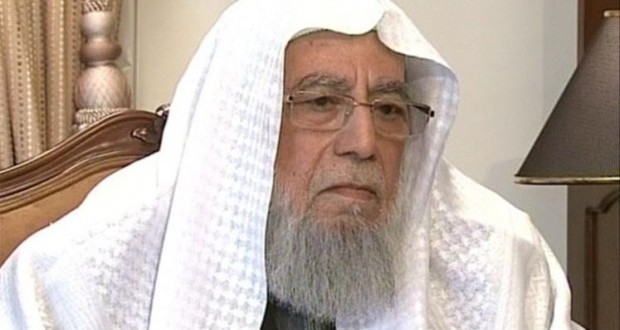 On Friday 11 Safar 1438, which coincides with 11th November 2016, the Muslim Ummah lost one of its unique Islamic scholars and thinkers. Sheikh Muḥammad Surur b. Nayif Zayn al-ʿAbidīn, may Allāh shower him with His immense mercy, passed away in Qatar at the age of 78. He is best known as a pioneer in two main Islamic fields: firstly, merging the misnamed traditional Islamic knowledge with socio-political activism and, secondly, warning against all, and in particular Shi’ite, extremism.

He was born in 1938 and brought up in Syria where he joined the Muslim Brotherhood at a very early age. He fled his country to escape the oppression and tyranny of the Assad regime, settling for a few years in Saudi Arabia then later Kuwait, London, Jordan and finally Qatar where he passed away.

As an influential and charismatic individual with a visionary approach to Islamic dawah, he left a major impact on a number of key individuals and scholars who later became some of the most influential preachers and activists in the world. He never claimed to establish his own group and yet he had a dedication and commitment to dawah made impactful due to his uniqueness and the comprehensive nature of his opinions. This appealed to many Muslims though they may never have met him or studied under him. According to many, his progressive views contributed towards his becoming an icon of the Islamic awakening that emerged in the 80s.[1] It may be that the success of his dawah is a result of this uniqueness. Nevertheless, generally speaking, a key factor to the acceptance of a person’s dawah is ikhlās. Sheikh Surur dedicated his entire life and efforts to Islamic dawah, working hard on its cause, despite his illnesses, right until the very last moments of his life. We hope he will be counted among the mukhlisīn (the sincere), inshaAllāh.

During the initial stages of his popularity, he was heavily criticised for his emphatic concern over the Iranian revolution led by Ayatu Allah Khomeini in 1979 which was welcomed by most Muslim activists at the time. In fact, he is known as the first activist to warn Sunni Muslims in general and Gulf countries in particular against the Iranian revolution and the ideological motivation behind it.

“Wa Ja’a Dawr al-Majus” (The Era of the Magi Has Come) was the title of his book first published in 1984. He wrote it under a pseudonym, Abdullah al-Gharib, as he could not use his name due to the political situation in the Middle East at the time. He also believed his book would shock many Muslim activists. The book, nevertheless, was well received by the previous grand scholar of Saudi Arabia at the time, Sheikh Abdul Aziz b. Baz, and the senior scholars of Saudi Arabia. Sheikh Ibn Baz, who was Head of Dawah and Islamic Affairs administration and later appointed as the Mufti of Saudi Arabia, ordered 3000 copies of Sheikh Muḥammad Surur’s book to be distributed to scholars and influential figures in Saudi Arabia. Some people even smuggled the book for distribution in Kuwait.[2]

In his book, Sheikh Surur referred to the Safavid Rafida as the Majus/Magi due to their hatred for Sunni Arabs, glorification of fire besides Allāh and many other similarities. Years after the Iranian revolution, Iran and the Rafida sect were criticised for working aggressively and violently to export their ideology to Arab countries. According to many commentators, they were interested in invading the Arab world and transforming it into a Shi’ite land. His early prediction of the motivations of the Iranian revolution brought him admiration and recognition for his dawah and views.

On the other hand, Sheikh Muḥammad Surur was very critical of Sunni extremism. He wrote a number of articles and two books warning the Ummah against the dangers of extremism; the first book is “Ruling by man-made law and the extremist group of Shukri Mustafa”. The second book was about an extreme group known as “Abstention and Investigation”.

In further criticism of true extremism in all its forms, he wrote the introduction for a recently published book on the reality of ISIS. In the introduction he confirms that the author of the book was a teacher of AbuBakr al-Baghdadi , the leader of ISIS. The author also states that al-Baghdadi was an arrogant and ignorant individual. This book asserts ISIS is a setup by the Iranians, the Syrian regime and some Western powers.

Sheikh Muḥammad Surur was greatly involved in the Syrian revolution right from its outset, and he joined others in establishing many organisations to provide support and guidance for the revolution.

As an active individual keen to reform his ummah and revive its status, he was very critical of Muslim rulers who are concerned about their own interests and neglect the interests of their Ummah. He also disapproved of scholars who do not take necessary steps to lead the Ummah. He was condemned by many journalists and traditional scholars for his vocal stance against some Middle Eastern governments. He stressed profoundly in calling for unity amongst mainstream Muslims to present a united face against the various dangers they were facing and were to face from many directions, including the extreme Rafida coalitions whose true face we have only now begun to see.

The following verse summarises his viewpoint; when Allāh says,

“And [mention, O Muḥammad], when Allāh took a covenant from those who were given the Scripture, [saying], ‘You must make it clear to the people and not conceal it.’ But they threw it away behind their backs and exchanged it for a small price. And wretched is that which they purchased”.[3]

Upon his death, many international high profile Islamic individuals and dawah organisations gave condolences to the Ummah for the great loss it has suffered. Sheikh Esam al-Attar, a senior leader of the Muslim Brotherhood, wrote

“Sheikh Muḥammad Surur was amongst the most truthful, brave, honest, loyal, generous, patient and knowledgeable individuals of Syria whom I know. He is the best of those whom I know in terms of sacrificing for his Dīn and Ummah, whether at home or in exile, or during illness or health, or secretly or openly. Our country has lost a man who is unique. May Allāh have immense mercy and give the ummah the best compensation for this loss.”

His janāzah was attended by thousands of people from both within and outside of Qatar. The grand and previous Amir of Qatar, Shiekh Hamad b. Thani; his son, Jaw’an; a number of political leaders of the Palestinian movement, Hamas, along with many scholars and Islamic preachers were among the senior figures to attend his janāzah. The current Amir of Qatar, Sheikh Tamim b. Hamad, and even Saudi Arabia’s Ambassador to Qatar visited the house of the Sheikh in Qatar to offer their condolences to his family and children, which again shows the iconic status of the Sheikh, rahimahullāh.

We ask Allāh to have mercy on his soul, accept his actions as good deeds and raise his status in Paradise. We ask Allāh to give the Ummah the best compensation for this loss.