The Passing of Sheikh Muhammad Ayyoub 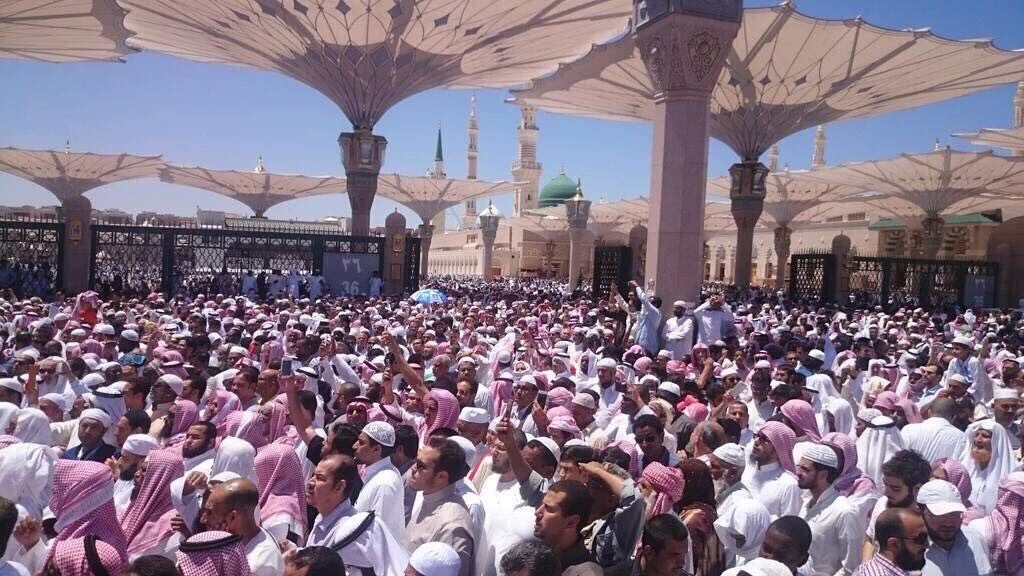 It was at Fajr time this morning that I received the sad news about the passing of our beloved Sheikh Muhammad Ayyoub (raḥimahullahu taʿāla) from his son in Madīnah. He was a man who spent his life in service to the Book of Allāh and its teaching from his earliest days right through to his final moments, before returning to his Lord. Born in Makkah in 1952, the son of a poor Burmese migrant, his family had fled oppression against Muslims in their native Burma. His childhood was difficult. The eldest of his siblings, he worked to provide for his family as his father was imprisoned at the time in Burma, while at the same time attending his daily ḥifdh classes in Makkah. At the time, there were very few developed roads and none of the tunnels through mountains we see today and so the Sheikh mentions, in a rare interview, that his daily journey on foot to the masjid where he studied involved the ascending and descending of two steep hills between which were wild dogs and other desert creatures. This is a testament to his dedication from a young age in this era of Skype classes from the comfort of our bedrooms.

As he grew older, he showed a great aptitude for the recitation of the Qur’ān, impressing his teacher Sheikh Khaleelur Rahman, who held him to a rigorous high standard and who he accompanied wherever he went, practicing and perfecting his recitation.

In the year 1410AH (1990) the Sheikh had just been given the position of Imām in Masjid Qūba. The head Imām of Masjid Nabawi at the time, Sheikh Abdul Aziz As-Salih, was informed of a new Imām by the name of Muhammad Ayyoub in Masjid Qūba who was known for his beautiful voice and excellent skill in recitation. Sheikh Abdul Aziz, towards the end of Sha’bān, just before the start of Ramaḍān that year, summoned Muhammad Ayyoub to a gathering. Towards the end he called him to sit next to him in front of everyone and asked him to recite. The Sheikh, unsure of what exactly was happening, proceeded to recite; something that was as natural to him as breathing, wowing everyone in the gathering. Sheikh Abdul Aziz, who was taken aback immediately, said to him, with only a few days’ notice before the start of Ramaḍān, “You will be leading tarāwīḥ in the Masjid of the Messenger of Allāh, (sall Allāhu ʿalayhi wa sallam)”. Dazed and unable to believe what had just happened, he prepared himself for the great moment.

He says about his first night in the mihrāb of the Prophet’s (sall Allāhu ʿalayhi wa sallam) masjid, “My heart was racing and my ears were buzzing. My hands were shaking uncontrollably from the greatness of where I stood and in remembrance of those who stood here before me. I sought refuge with Allāh and proceeded.” He also said, “Every single time I stood at the mihrāb of the Messenger of Allāh (sall Allāhu ʿalayhi wa sallam) I was filled with intense awe and a deep fear; a fear that I would not be able to do justice to this great position nor fulfil this heavy responsibility on my shoulders.”

In his first year as Imām, he led all 20 rak’ahs of tarāwīḥ alone for the entirety of Ramaḍān except three days. This was a feat matched only by one other Imām of the Haram, Sheikh ‘Ali Jabir in Masjid Haram, who was a close friend of his and over whom he led the janāza. His teacher, Sheikh Khaleelur Rahman, was away when Sheikh Muhammad Ayyoub was appointed and only found out when he heard his student on the live radio broadcast from Masjid Nabawi. He would then call him every day, pray for him and remind him of the importance of sincerity.

The Sheikh would continue to lead tarāwīḥ and taḥajjud in the Haram until 1417AH. He then spent a few years leading at Masjid Qūba and various other masājid. He would continue on to teach tafsīr at the Islamic University right up until his retirement in 2014. The Sheikh travelled extensively delivering lectures and study programs on Arabic Language, Qur’ān, ʿaqīdah and fiqh in countries such as Pakistan, Malaysia, India, Senegal and Turkey. Green Lane Masjid in Birmingham hosted him in the 90s.

After his retirement, the Sheikh took on a handful of dedicated huffadh, who he would listen to in order to give them ijāza, daily in Masjid Nabawi right up until he passed away. Despite his ill health, he did this daily and would never fail to show up, often listening to 4 students simultaneously while stopping and correcting each one, something I witnessed personally. He would then head back to his Masjid where he led ʿIshā’ and Fajr every day.

He holds a very unique position in the world of Qur’ān reciters, respected widely by Qurrā from all backgrounds and nationalities. He had a massive impact on reciters in Saudi Arabia in general, being a master of the hijāzi style which, by his aptitude and position at Masjid Nabawi, became very popular. Mishary Rashid in a recent show he did on biographies of modern day Qurrā, said about the Sheikh, “He was the Mustafa Ismail of the Arabian Peninsula, in that he was far more influential in shaping the recitation of many reciters and Imāms of masājid in that region than anyone else.” Today he is widely imitated even in the Haramain with Imāms such as Abdullah Johani, Bandar Baleela, Ahmad Talib Hameed and Khalid AlGhamidi in both Makkah and Madinah demonstrating deep influences by him.

He maintained a sadness that remained with him after no longer being appointed to lead at Masjid Nabawi in 1417AH. The Sheikh mentioned in an interview, when asked about his wishes for the future, that he hoped he be given the opportunity to lead in the Prophet’s (sall Allāhu ʿalayhi wa sallam) masjid one last time before returning to Allāh. His duʿā’s were answered as he was appointed one last time to lead tarāwīḥ in the final Ramaḍān of his life in 1436h (2015) before returning to His Lord at Fajr 9th Rajab 1437h (16th April 2016).

When the announcement was made in Madinah, everyone came out to hear his recitation that night. The Masjid became more packed then usual and Madinah’s streets were full as people had to walk a distance to reach the Masjid and hear him again. I was blessed to meet the Sheikh a number of times including praying behind him in Ramaḍān 2015 and again just two weeks ago before his passing, in Masjid Nabawi as he sat and listened to his students. His final words to me were,

“The Arabic language is not difficult. Had it been as such, we would not have been able to memorise and learn the Book of Allāh as it has been today from east to west.”

A few days prior to his death, Sh Al-Walid Al-Shamsan said, “I asked him just a few days prior to organise from Masjid Quba for Sh Muhammad Ayyub to go outside of the kingdom to visit some countries. He said, ‘That’s it, I’m 63 years old, and the Prophet (sall Allāhu ʿalayhi wa sallam) died in this age.’ ” He passed away at 63 years old and was buried in the graveyard of Madinah Al-Baqi’ next to the Prophet Muhammad (sall Allāhu ʿalayhi wa sallam) in which 10,000 or more companions of the Prophet are buried.

His Janāzah was held on the 16th April 2016 after Dhuhr in Masjid Nabawi. The Sheikh, I believe, has 13 children; 5 of them men and 8 of them women. The men are all huffādh and accomplished within their fields and a handful of the women are also huffādh, with some still memorising. They are all well-read in their respective fields.

There were innumerable scholars in attendance at his Janāzah and waves of people praying for him and asking Allah for his forgiveness. Every single one realised how his status was elevated because of the Qur’an – his love for it, his reciting it, and teaching it.

A moment of reflection for all of us:

What is our relationship with the Quran?
What is our end going to be like?
How will Allāh honor us?