The Time for Righteous Resolutions 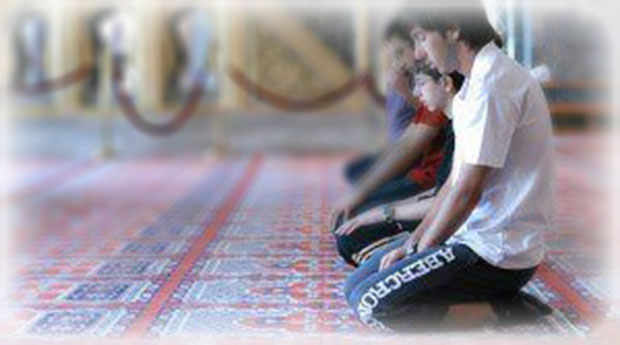 With the passing of Ramadan, many of us have been left with a deep feeling of sorrow and regret since the month of forgiveness has passed and its potential never realised. Although this sense of lamentation can occupy the psychological state of a believer, to look forward to future progression is more beneficial than lamenting over missed opportunities – a principle that is found within the Qur’an and Sunnah:

“Fear Allah wherever you may be, and follow up a bad deed with a good one in order to wipe it away…”[2]

Hence, the believers constantly drive to progress their state of ubudiyyah (servitude) to their Lord, and if they happen to fall short they swiftly establish a means by which to replace that shortcoming with a deed of righteousness.

However, turning to Allah after a failing requires a state of determination which the believer adopts through realising both the mercy of Allah and the ability of human beings to attain that mercy, and given that the month of mercy (Ramadan) has ended, the believer, instead of being in a state of loss, should take on a firm resolve not only to continue with the good works committed during Ramadan, but to establish a resolute plan consisting of good works which will continue throughout the year. Significantly, the month of Ramadan itself acts as a strong proof against those who claim a lack of time to commit to God, since a continuous commitment to establish the five daily prayers, stand during the night prayer (Taraweeh) as well as frequently engaging in the remembrance of Allah during Ramadan demonstrates that we have do have the ability to devote specific amounts of time during the day to worship.

In order to continue the culture of righteousness that is fostered during the month of fasting, we must make these days directly proceeding Ramadan a time of firm resolve, since anything less will be unable to ensure the lasting continuance of established worship. Similarly, a lack of firm resolve inevitably leads to failure since non-commitment is always unable to yield fruit – something which only comes about with patience, it being the foundation of a determined resolution. Allah, in discussing the downfall of a weak resolve says,

“We had already, beforehand, taken the covenant of Adam, but he forgot, and We found on his part no firm resolve.”

The term al azm in Arabic is generally used to mean firm resolution, although Al Tabari states in his exegesis that exegetes differed with regards to the meaning of azm in the aforementioned verse. Some (such as Qatadah) stated that it meant patience whilst others (such as Atiyyah) stated it meant protection, in that the prophet Adam failed to protect the covenant he made with God. Abu Ja’far said, “the basis of azm is the belief and resolve of the heart towards something, and thus it is said, ‘so and so azama to do something’, that is, he resolved to do something and intended it; and from the conviction of the heart about something is to protect it and have patience with respect to it, since the apprehensive individual does not lose patience except with a spiritless heart which weakens him. If this is so, there is no meaning for this state more appropriate than that elucidated by Allah the Most High when he said, “And We found on his part no firm resolve”.[4] We further find that the principle of patience in remaining steadfast is a key aspect of a firm resolution as Allah says,

“Therefore patiently persevere, as did those of inflexible resolve, and be in no haste about the Unbelievers.”[5]

This pairing of patience and strong resolution is also found in the advice of Luqman (upon him be peace) to his son when he said,

“O my son! Establish regular prayer, enjoin what is just, and forbid what is wrong: and bear with patient constancy whatever betide thee; for this is firm resolve in (the conduct of) affairs.”[6]

It is such strong resolve that is needed in order to maintain a culture of ubudiyyah outside of Ramadan so as to make it a norm and not a short-lived occurrence since Allah the Most high loves that which is done often although it be little. A’isha narrated, “Once the Prophet came while a woman was sitting with me. He said, “Who is she?” I replied, “She is so and so,” and told him about her (excessive) praying. He said disapprovingly, “Do (good) deeds which is within your capacity (without being overtaxed) as Allah does not get tired (of giving rewards) but (surely) you will get tired and the best deed (act of worship) in the sight of Allah is that which is done regularly.”[7] In light of this hadith, here is a brief list of forms of worship that we can resolve to establish, using them as a basis for further spiritual growth.

A good starting point from which to continue with the blessings of Ramadan is to fast six days during the month of Shawwal. Abu Ayyub Al Ansari narrated that the Messenger of Allah (peace be upon him) said, “He who fasts Ramadan and the six (fasts) of Shawwal, it will be (in terms of rewards) as if the fasted a whole year.”[8]Proceeding these fasts, a beginning point for believers to establish a continuous system of fasting would be to commit to fasting during the ayaam al beedh which comprise of the 13th, 14th, and 15th of every (Islamic) month. Additionally, it is also from the sunnah to observe fasting every Monday and Thursday – something Ramadan has proved is easy to commit to.

Ramadan, in having been the month in which millions of Muslims established regular supererogatory prayers, has clearly demonstrated that we have the ability to attach a sense of importance to the nawafil (supererogatory) prayers. Abu Hurairah narrates that the Prophet (peace be upon him said), “Allah the Almighty has said: ‘Whosoever acts with enmity towards a closer servant of Mine, I will indeed declare war against him. Nothing endears My servant to Me than doing of what I have made obligatory upon him to do. And My servant continues to draw nearer to Me with supererogatory (nawafil) prayers so that I shall love him. When I love him, I shall be his hearing with which he shall hear, his sight with which he shall see, his hands with which he shall hold, and his feet with which he shall walk. And if he asks (something) of Me, I shall surely give it to him, and if he takes refuge in Me, I shall certainly grant him it.’”[9] Furthermore, we should aim to offer the obligatory prayers on time and in congregation, intended to join the congregation on time before the takbirat al ihram (the first takbir of the prayer).

The verse “the month of Ramadan in which the Qur’an was revealed”[10] draws a direct relationship between Ramadan and the Qur’an, and given that it is “A Scripture that We have revealed to you, blessed, so that they may ponder its verses/signs, and that men of understanding may reflect,”[11] we should attempt to dedicate time to contemplate its meanings, learn the rules of recitation, and commit to its memorisation. It is reported that Abdullah bin Urwah bin Al Zubair said, “I asked my grandmother Asmaa (may Allah be pleased with her), ‘How did the Companions of the Messenger of Allah behave when they heard the Quran?’ She replied, ‘their eyes would shed tears and they would tremble (out of fear) just as Allah described them.’”[12]

To dedicate even a few pages a day will prove extremely rewarding, and considering the amount of time we waste with banal trivialities, surely the word of God should take precedence over other things we do wherever we may be, whether on the train, the bus, on a break at work, or simply lounging around at home.