Urging the Muslims to perform Qunut for Muslims in Gaza 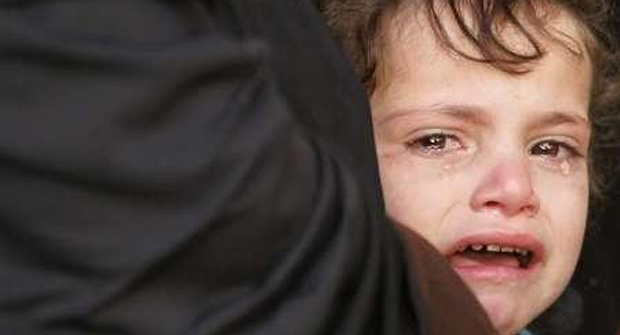 All praise is due to Allah, the One who hears that which is not heard by others, the one who provides relief from adversity and misfortune. May the peace and blessings of Allah be upon the Prophet, his family and all of his Companions.

It is clearly apparent to the entire world that the imprisoned and occupied people of Gaza are facing an extremely appalling situation where the Israeli state of terror has unleashed an arsenal one would perhaps feel more appropriate for a world superpower. Such tyranny has resulted in hundreds of casualties ranging from elderly people to those including women and children. The situation is further exacerbated by the constant state of siege which prevents relief work entering the Strip stoking a serious humanitarian crisis that could quite easily down spiral into a tragedy of historic proportions. The ongoing oppression of the helpless Gazans necessitates the utmost support for them by all possible means, as the Prophet (peace be upon him) said “A Muslim is the brother of a Muslim. He neither oppresses him nor humiliates him nor looks down upon him. The piety is here, (and while saying so) he pointed towards his chest thrice. It is a serious evil for a Muslim that he should look down upon his brother Muslim. All things of a Muslim are inviolable for his brother in faith; his blood, his wealth and his honor.”[1] One key method of support for our brethren is to perform the Qunut during supplication, a practice sanctified by the Prophet (peace be upon him) and used during times of adversity which had afflicted the Muslims. A very famous example is that of the incident when one of the Arab tribes betrayed and killed reciters of the Qur’an that the Prophet (peace be upon him) had sent to them. Similarly, in another incident, he (peace be upon him) also supplicated that Allah save some of his Companions from the plots of the Quraysh. Both of these narrations are found in the two famous authentic books of hadith (al-Bukhari and Muslim).

Abu Hurayrah (may Allah be pleased with him) reported that whenever the Prophet (peace be upon him) wanted to supplicate against someone or for someone, standing from ruku’ (the bowing position) he would say, “Allah hears him who praises Him, to you is the praise” then saying, “Oh Allah, save Al-Walid ibn Al-Walid, Salamah ibn Hashim, Iyash ibn Abi Rab’iah, and the oppressed believers. Oh Allah, put hardship and pressure on the tribe of Mudar and give them years of famine like those during the time of Yusuf.” He would supplicate out aloud and in the Fajr (early morning) prayer he would say: “Oh Allah, curse so and so”, cursing some tribes of Arabs until Allah revealed: “Not for you is the decision whether He turns in mercy to (pardon) them or punish them; they are the evildoers.”

The Qunut takes place after ruku’ in the last rak’ah (unit) of all obligatory (maktubah) prayers, whether the prayer is silent or loud when performed in congregation. There is no harm if it be confined only to the loud prayers since there is no explicit evidence concerning this; as such the matter is flexible.There is no harm in the Qunut commencing with a supplication against the oppressors without mentioning the praises of Allah, indeed it seems to be closer to the practice of the Prophet (peace be upon him) in the prophetic traditions previously mentioned. Conversely, there is also no restriction on the commencement of the Qunut with praising Allah due to the generality of his statement, “If anyone supplicates, let him begin with praising Allah, thereafter invoking salah on the Prophet, then supplicating for what he wishes.” The same applies to invoking prayers upon the Prophet (peace be upon him), that it to say that the matter is flexible.It should be kept in mind that the Qunut which is used during the Witr[2] should not be used, because this (assuming that it is authentically reported as the Qunut of Witr) is mentioned in a specific context and not as a general method. The Qunut for adversity is performed for an entirely different situation whereby different mannerisms are prescribed for it. It is recommended to limit the supplication to the calamity and not to prolong it by mentioning other things, this method being in compliance with the practice of the Prophet (peace be upon him). The supplication should be pronounced loudly by the Imam, and those who follow him should respond by saying, aamin, that is to say that aamin should proceed statements that contain a form of request. Furthermore, when the Imam praises or glorifies Allah, the Mighty and Magnificent, those who follow him should keep quiet, neither saying aamin, Ya Allah, or Subhanaka (or anything similar), a view strongly held by various Tabi’in (followers of the Companions) and fuqaha (legal jurists) in several texts. Once the specific calamity passes, the Imam should stop performing this Qunut in prayers.

The individual is obligated to follow the Imam when he performs Qunut, even if the individual following the Imam is in disagreement with this juristic opinion.This is because following the Imam in that which does not invalidate the prayer is obligatory. The Qunut in the view of those who do not allow it does not invalidate the prayer; the discussion is only regarding whether the Qunut is a Sunnah (an encouraged action) or not, that is to say, its permissibility is not denied.

Muslims are advised to leave off extremities by beautifying the Qunut with poetic words, and instead, we should try to employ the supplications of the Messenger (peace be upon him) which were succinct and comprehensive in meaning. Furthermore, we must supplicate sincerely internally reflecting on the true nature of that which we request, this will be a means for it to be answered by Allah. The Prophet (peace be upon him) said: “Know that Allah will not answer a supplication arising from a negligent and heedless heart.” In conclusion, we ask Allah (alone) by His most beautiful names and most lofty attributes to remove the adversity Muslims face all over the world, for He (alone) is the One able to do so, the All-Capable.