Would the Hijab Have Saved Him? 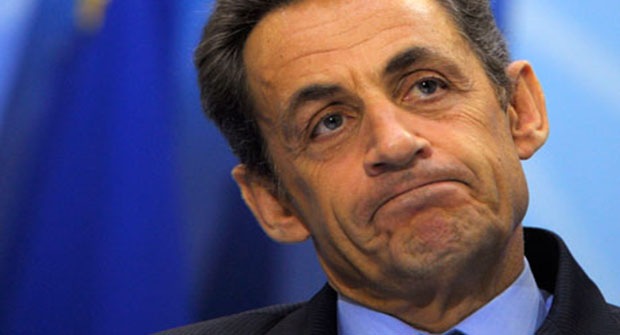 It is with regret that we learnt of your wife’s extra marital affairs[1] thereby humiliating you whilst you hold France’s highest public office. Here at i21C we would like to offer you a friendly shoulder to cry on. We know it’s difficult – but please don’t blame yourself – how could you have possibly known that a woman who used to work as a topless model would lack such basic moral values. Please don’t beat yourself up – you weren’t to know that her being on public display (quite literally) meant she was more likely to fall into these types of transgressions. It really wasn’t poor judgement on your part to take her on trips as a show piece so that when you met with other world leaders you felt more important. Some people feel happy when others are jealous of them – so it’s perfectly understandable that you would want to flaunt her assets.

We know you’re a strong believer in woman’s rights – so if others accuse you of demeaning the status of women and lowering their position to mere sexual objects we suggest you pay no attention. You should set them aright saying, “what is a man to do when he thinks the only useful thing his wife has to offer is her body for public viewing.” Stay strong and hang in there, don’t let things get you down.

You may be re-questioning your stance on a Muslim women’s dress code. We can understand that you might now have a different take on things and realise that some women feel that society’s desire to uncover them is a form of exploitation. God forbid – you might even be thinking about repealing those draconian laws, namely, the one by which you were instrumental in stopping Muslim women from dressing in a way that would please their Lord. People often question themselves after God permits their public humiliation, it’s human nature. But we say to you – don’t let these events shake your faith in a man’s right to see women unclothed. And if you ever feel weak in your conviction just remember that belligerence is your middle name and that your great nation needs you.

Yours truly and with our deepest sympathy,