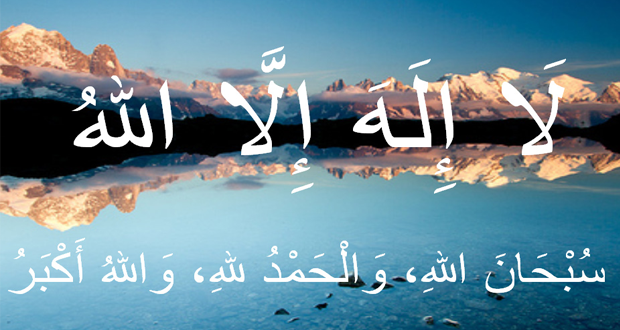 Some General Guidelines for Performing Dhikr

1. Performing dhikr is an action of worship, as such it is to be done in the manner enjoined by the Sharī`ah and it is not allowed to invent new methods of performing it.

“there is no doubt that the adhkār and supplications are from the best forms of worship. Worship is built upon tawqīf [sticking to what the texts state] and ittibā [following]…

Therefore it is not allowed for anyone to legislate new adhkār and supplications and take them as actions of worship that the people must constantly perform just as they constantly perform the five daily prayers. Rather this is innovating into the religion that which Allāh has not given permission for. However if a person were to supplicate with these new supplication on occasion and individually without making this supplication a Sunnah for the people then this would not be an innovation. As for the one who takes to a formula of dhikr (wird) that has not been legislated and makes this to be a Sunnah to be followed then this is from those things that are forbidden.

Not only this but the legislated supplications and adhkār contain all the correct goals and all the lofty intentions that a person could ever require and no one but an ignoramus or an extremist would turn away from these and recourse to these newly invented adhkār. As for what is reported from the Prophet (Sall Allāhu ‘alayhi wasallam) with regards to what is performed after the obligatory prayers then this is the well known adhkār that can be found in the Sahīhs, the Musnads and other books of hadīth. As for the Imām and the followers supplicating in congregation after the obligatory prayers then this is a bid`ah that did not exist at the time of the Prophet (Sall Allāhu ‘alayhi wasallam), indeed his supplication used to be within the prayer. This is because the one who is praying is discoursing with his Lord and supplicating at this time would be most fitting, as for supplicating after completing the prayer and the discourse with his Lord then this is not the most fitting time to supplicate.” [Majmoo` Fatāwā (22/510,595)]

2. The general course with dhikr is that it be said quietly.

The least meaning of ‘quietness’ is that one says the dhikr such that the words reach his ears as stated by Imām an-Nawawī and others. It is also allowed to perform dhikr in an audible voice but not a loud voice. The proof for this lies with the saying of Allāh,

“And perform the dhikr of your Lord in your very soul with humility and without loudness in words in the mornings and evenings and do not be of those who are unheedful.” [al-A`rāf (7):205]

The Salaf and commentators differed about what this verse refers to, some saying that it refers to the prayers, others that it refers to supplication and others that it refers to dhikr in general. However they all agreed that the intent behind the verse was to point out that one should not be loud when performing dhikr as a general principle. [Refer to the commentaries of: at-Tabarī, al-Qurtobī, ibn Kathīr, al-Baghawī, ash-Shawkānī, as-Samā`ānī and as-Sa`dī]

a) Ibn Zayd said about this verse, “do not do so loudly”
b) Mujāhid said, “they have been commanded to perform His dhikr within themselves with humility”
c) Ibn Juraij said, “…it is detested to raise the voice and shout when performing supplication.” Al-Qurtobī comments on the meaning of, “without loudness in words” stating, “Meaning such that only you can hear your words as Allāh said,

‘Neither say your prayer loudly nor in a low voice but seek a middle course.’ (Between loudness and silence.) [al-Isrā (17): 110]

This proves that raising ones voice is prohibited based on what has been previously discussed in a number of places.” Ibn Kathīr said, “this is how it is recommended to perform dhikr – that it not be like a call nor very loud.”

3. As for the saying of Allāh,

Then al-Baghawī and as-Sa`dī state that the meaning of ‘aw ashadda dhikrā’ is that this dhikr be performed more frequently and with more desire then their celebration of the praises of their fathers. Hence there is absolutely no proof here that one can shout or dance etc. as claimed by some innovators.

4. However on some occasions it is allowed to say some adhkār loudly such as those that openly manifest a sign from the signs of Islām, in which it is legislated to raise the voice at specific occasions or for specific phrases. For example the talbiyyah for Hajj and the takbīr after completing the Salāh. It is in this way that the great Hanafī Imām, at-Tahāwī reconciles the ahādīth commanding one to be silent when performing dhikr and those that say that one should say the talbiyyah for Hajj loudly in his amazing book ‘Sharh Mushkil al-Āthār’ [14/491-501]

6. The hadīth of Abu Musā, “We were in the company of the Messenger of Allāh (Sall Allāhu ‘alayhi wasallam). Whenever we went up a high place we used to say the takbīr and tahlīl loudly.

The Prophet (Sall Allāhu ‘alayhi wasallam) said, ‘O People be merciful to yourselves for you are not calling upon One who is deaf or absent. Indeed He is with you, indeed He Sees and is close.'” Ibn Hajr al-Asqalānī said in ‘Fath al-Bārī’ [6/166], “at-Tabarī said, ‘this hadīth constitutes evidence that is disliked to raise ones voice when supplicating and performing dhikr, this was the opinion of generality of the Salaf from the Sahābah and Tābi`īn.’ [However] the style [of writing] of Bukhārī dictates that this [hadīth] specifically refers to the takbīr said [when going to and returning from] war. As for raising the voice on other occasions then it has preceded in the Book of Prayer from the hadīth of ibn Abbās that they used to say the dhikr loudly during the lifetime of the Prophet (Sall Allāhu ‘alayhi wasallam) after they had completed the obligatory prayers. The discussion concerning this has preceded there.”

7. While discussing the hadīth of ibn Abbās in ‘Fath’ [2/414] It seems that ibn Hajr determines that the meaning of dhikr in the hadīth of ibn Abbās is the takbīr as mentioned in another narration of ibn Abbās also reported by Bukhārī and that the first thing the Sahābah said after completing the prayer was the takbīr. He also quotes the saying of an-Nawawī, “ash-Shāfi`ī said concerning this dhikr after the Salāh that they said it loudly for a short time only for the purpose of teaching the mannerism of the dhikr and they did not persist in doing so. The preferred course is that the Imām and followers say the dhikr in a low voice unless there exists the need to teach others.” Hence it would be preferred to say the takbīr loudly after the prayer and the rest of the dhikr quietly. And in conclusion the general course for dhikr is that it be done quietly, in the way legislated by Allāh and His Messenger (Sall Allāhu ‘alayhi wasallam) and that there is no leeway in introducing new mannerisms of performing it. Our Lord Most High knows best.

Notes: This article has been reposted, last posted on 21 September 2010