“But you don’t know her intentions!” 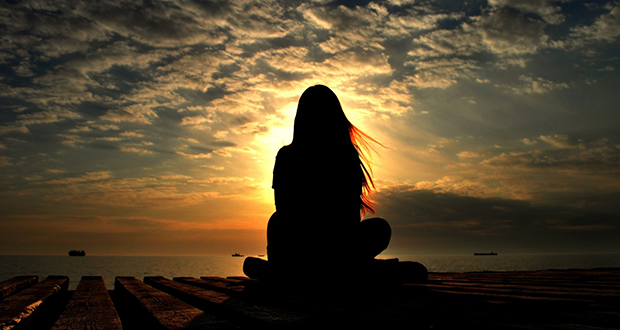 “But you don’t know her intentions!”: Before you respond, understand.

“But you don’t know her intentions!” the young man shouted from the audience.

Indeed I did not. Though to be fair, neither did he.

What really perplexed me however was what her intentions had to do with what I was talking about. In my speech about gender interactions on campus, I used the example of how we, Muslim or non-Muslim, naturally respect those who display modesty and show respect to others. And when individuals continuously and flagrantly cross the God-given guidelines that we have for gender interactions (not being in seclusion with the opposite gender, not using vulgar language with them etc.), then as a society, we do not tend to have respect for them. It is not something that we choose to do per se, rather it is something that is inbuilt within us, an intrinsic response to God’s laws being openly transgressed and the disharmony that occurs as a result.

And yet, for some reason, her (though I had referred to men as well!) intentions were being brought up. Of course, this is not the first time I had seen the “intentions of others” being brought into conversations that have little to do with intentions – at least on the surface. If someone disobeys God, then whether or not they meant good is irrelevant.

As ʿUmar (raḍiy Allāhu ʿanhu) famously said, “In the lifetime of the Messenger of Allāh (sall Allāhu ʿalayhi wa sallam), some people were called to account through Revelation. Now Revelation has discontinued and we shall judge you by your apparent acts. Whoever displays to us good, we shall grant him peace and security, and treat him as a near one. We have nothing to do with his insight. Allāh will call him to account for that. But whosoever shows evil to us, we shall not grant him security nor shall we believe him, even if he professed that his intention is good.”[1] Throughout history, “intentions” have been used as a cover to do whatever one wants. In fact, to quote Sam Neill from Jurassic Park 3, “some of the worst things imaginable have been done with the ‘best intentions'” (a statement to which the velociraptors no doubt nodded approvingly before trying to eat him alive).

When people tell others to not “judge others” because “you do not know their intentions”, is this then a simple case of not understanding what intentions actually are? Could “You don’t know their intentions” otherwise be stated as “you don’t know if they are sincere” even though sincerity does not just involve intending to do something but, as Shaykh Yusuf Al-Qaradawi informs us in his brilliant treatise on sincerity, doing that thing in accordance with God’s guidance as well. Therefore if someone is not doing something according to God’s commands, by definition they are insincere and we do not need to delve deeper into their psyche to know if she is sincere or insincere. As Imām Al-Hārith Al-Muhāsibi said,

“There is no sincerity in a forbidden action nor in a disliked one, as in the case of someone who looks at something which is forbidden for him to look at, claiming that he only looks in order to reflect upon God’s handiwork.”

Or is “You don’t know their intentions” code for “Yes, they are doing something wrong, but you do not know their situation”? In which case, it should be phrased as such in order to avoid confusion. Understanding someone’s situation is key to helping someone, advising them and enabling them to, with the power and permission of God, step away from bad deeds. Only when we know why exactly someone is doing something wrong, and the circumstances surrounding them, will we be able to give them advice tailored for their situation, just as the Prophet (sall Allāhu ʿalayhi wa sallam) did. “Intentions” could also be a poor word choice for “you don’t know her reasoning”. Again knowing someone’s reasoning, however flawed, will enable us to help them understand and move away from whatever it is that they are doing that is against God’s commands.

Reflecting on the brother’s words, I realised that one of the fundamental problems that occurs when people give advice to others, when speakers answer questions, when a discussion or a debate takes place, is not taking sufficient time to understand what each side is saying in the first place. Even if 45 minutes out of an hour debate was to be spent just trying to understand the other side, that would be time well spent as people often reject what we say, simply because they feel we do not understand their viewpoint. And as a result, straw man arguments and lecturing takes place, as opposed to a healthy discussion. Whether it is terms like “intentions” or “sunnah” or even “consensus amongst all the scholars”, these are terms, as Shaykh Akram Nadwi informed us, that people throw around without really knowing what they actually mean practically. For a two-way conversation to take place, we must ask questions and understand each other first, just as the companions did with the Prophet (sall Allāhu ʿalayhi wa sallam):

When the Verse, ‘Those who believe and mix not their belief with wrong’ was revealed, the Muslims felt it very hard on them and said, “O God’s Messenger (sall Allāhu ʿalayhi wa sallam)! Who amongst us does not do wrong to himself?” He replied, “The Verse does not mean this. But that [wrong] means to associate others in worship to Allāh: Don’t you listen to what Luqmān said to his son when he was advising him, ‘O my son! Join not others in worship with Allah. Verily joining others in worship with Allāh is a great wrong indeed.'[2]”[3]