When I was Attacked 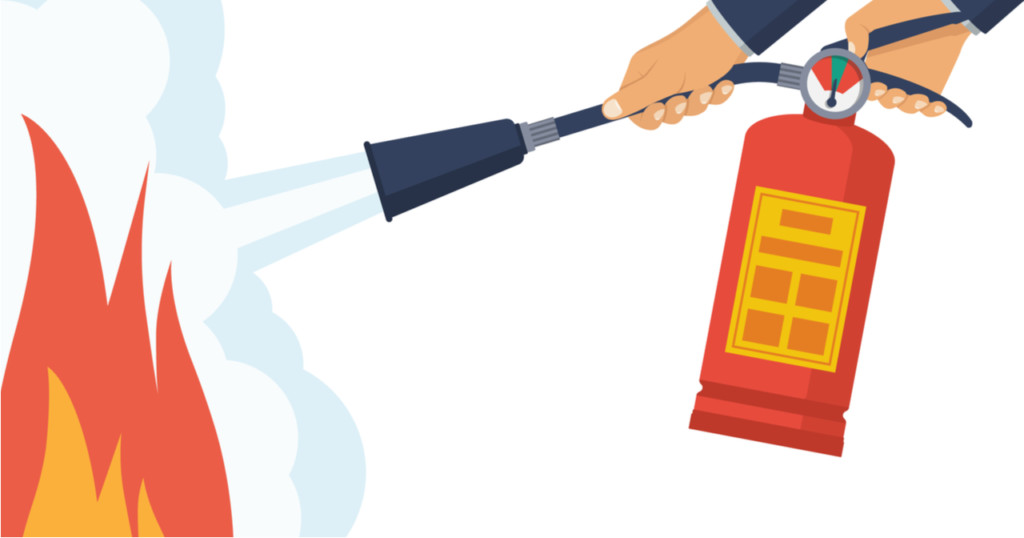 In Ramaḍān, I had been invited by an organisation to deliver a lecture during a dinner event. I asked for the topic, to which they responded, “charity”. Admittedly, the very first thought that came to me was, “another talk on charity?”. There was a part of me that wished that a different topic would be assigned to me as I felt that this topic was, especially in the month of Ramaḍān, very well served. However, it was only a few moments after I sat down and began preparing the headings of what I was going to say that I realised that I had just been the victim of a vicious satanic attack when I had entertained such thoughts.

I remembered a verse of the Qur’ān:

“There is no good in most of their secret conversations except those who enjoin charity, or goodness, or reconciliation between people; and whoever does this seeking Allāh’s (subḥānahu wa taʿālā) pleasure, We will give him a mighty reward.” [1]

My senses came back to me, for in front of me was, according to Allāh (subḥānahu wa taʿālā), one of the greatest topics that could be ever addressed by man – the “enjoining of charity” – one which only those like myself who are lacking in their īmān would tire of addressing.

In front of me was an act of worship that informs countless aspects of our lives, both of today and tomorrow, one that directly affects our circumstances of finance, physical health, sins, īmān, the grave, and life on the long Day of Judgement. I began to expand on each of them –

It affects our finances

The Prophet (sall Allāhu ʿalayhi wa sallam) said, “Whilst a man was in the wilderness, he heard a voice from the cloud, saying to it:

‘Irrigate the garden of so and so.’

At once, the clouds moved aside, released its water on a certain stony ground and filled one of its channels. This passer-by followed the water and found a person standing in the garden busy changing the course of water using his hatchet, and asked him: ‘Servant of Allāh, what is your name?’

It was the same name which the passer-by had heard from the clouds! He was then asked: ‘Servant of Allāh, why do you ask me my name?’

The passer-by said: ‘I heard a voice from the clouds which sent this rain, saying: ‘Irrigate the garden of so and so’, and it was the same name as yours. What do you do to deserve this favour shown to you by Allāh in this matter?’

This was the reply:

‘Since you’ve asked, I look at my garden’s produce, and give one-third as charity, a third for me and my family, and I invest the last third back into the garden.’” [2]

When a decent human being has a favour done for Him, He never forgets the giver of this favour and takes every opportunity to repay you one way or another. Do you think any less of a Creator who has named Himself al-Shakūr (The Grateful), al-Barr (The Dutiful), al-Karīm (The Generous)? How will He thank a person who offers goodness to Him? No human can ever surpass Allāh (subḥānahu wa taʿālā) in generosity and favour.

It affects our physical health

The famous scholar of ḥadīth, al-Ḥākim al-Naysābūri (who died year 405AH), has a well-known story about an illness that he battled against for months on end. His face was afflicted with blisters which he tried treating for around a year using a variety of techniques without avail. He made a request from Imām Abū ʿ Uthman al-Sābūnī to make duʿā’ for him on a Friday during the sermon in the masjid. The Imām did just that and people engaged passionately in their supplication for him.

The Friday after, a woman handed over a letter that she had written. It mentioned that she was present during last week’s sermon and was heartbroken to hear about what happened to al-Hākim. So, she returned home, made passionate duʿā’ for him, and saw the Prophet (sall Allāhu ʿalayhi wa sallam) in her dream that evening, saying to her:

“Tell al-Hākim to provide water for the Muslims.”

This letter was shown to al-Hākim, and so, at once, he dug a pool of water in his front garden, filled it with ice, and dedicated it to the free usage of the public. The narration says:

“It was only one week that passed before his face would start to clean up. The blisters totally disappeared, and his face returned to how it was and lived many years afterwards.” [3]

In another example, Sheikh Ali al-Faifi, author of the wonderful book Because you are Allah speaks of a friend who, as he was making his way to the masjid, realised that something horrific had just happened; he had accidently reversed his car into his two year old niece! He pulled her from beneath the wheel and raced to the hospital as she dipped in and out of life. She was immediately assessed, and her family were told that her death was 80% likely. A relative of theirs contacted a student of knowledge for some advice and solace, and he told him to “sacrifice an animal and distribute its meat with the intention of her healing”. They did just that. He said: “By the time it was dawn, she was discharged from the hospital healthy and well.”

This concept may seem new to some, but it is anything but new.

“Ṣadaqah’s effects are extraordinary in repelling all types of calamities, even if the giver of it was a sinner, oppressor, or even a person of no faith.” [4]

“This has been tried by the blessed ones, and they found that such spiritual remedies can do what tangible remedies fail to, and none reject this except those who have been blocked heavily from understanding.” [5]

Thus, the examples teach us that ṣadaqah repels calamities, eases pain, diverts misery and anguish, and gives an inner sense of expanse that cannot be quantified. Are you challenged in your health in any way? Set aside a sum of money for a charitable cause with this intention in mind.

It affects our sins

Whom amongst us does not have sins that he wished he never did? Whom amongst us cannot recall previous behaviour that causes one’s skin to cringe at the thought that we had acted upon this, as we walked Allāh’s (subḥānahu wa taʿālā) Earth, inhaled His air, and was under His Eyes? None are an exception to this, and such sins will reveal their ugly face sooner or later if not dealt with.

With this said, I quote the Prophet (sall Allāhu ʿalayhi wa sallam) who said:

“A caller makes an announcement when every prayer arrives, saying: ‘O sons of Ādam, get up and put out the fire that you have ignited against yourselves!’” [7]

Sins, therefore, are fire and heat that we feel within us in the form of sadness and misery, and ṣadaqah is a means of extinguishing that inferno.

It affects our īmāni state

“He who gives away his wealth in order to purify himself.” [8]

Have you considered doing that before; to pinpoint those areas in you that need major attending to, and then set aside a small budget for charity with the intention that Allāh (subḥānahu wa taʿālā) treats them? “I have an issue with showing off”. Set aside a charity with the intention of its treatment. “I have a problem with envy, stinginess, misplaced anger, laziness, smoking, drugs, or even a weak resolve for the ḥijāb or sinful addictions”. Set aside a donation of charity for them.

This is a very healthy mentality to have; to realise that your personal need for giving charity is, in fact, far greater than the need of poor person who shall receive it.

It affects your life underground

“What a mighty position and honourable rank it is when a person may find himself busy with a worldly doing of some sort, or in fact, may be within his grave having become reduced to depleted limbs, whilst, his scrolls of good deeds are continually being added to, as actions of goodness are gifted to him from places where he least expects. This, by Allāh, is the true meaning of honour and gains, and in this let the competitors compete.” [9]

Thus, revive this Prophetic practice at once by sourcing these regular good-deed ṣadaqah investment opportunities. Carry out a brainstorming activity with your friends or family members and watch how Allāh (subḥānahu wa taʿālā) will allow wonders to emerge.

It affects your circumstance on the Day of Judgement.

According to the Prophet (sall Allāhu ʿalayhi wa sallam):

“Cleanliness is half of faith; ‘Alḥamdulillāh’ fills the scale; ‘Subḥān Allāh’ and ‘Alḥamdulillāh’ fill all what is between the heavens and the earth; prayer is a light; charity is proof (of one’s faith); patience is brightness; and the Qur’ān will be an argument for you or against you.” [11]

However, there is more. As the overwhelming majority of humanity suffer deplorably on the Day of Judgement in the intense heat of the 50,000 years’ worth of standing, there will be a blessed group whom you notice are enjoying a shade that al-Raḥmān has provided. Who are they?

“Every person will be beneath the shade of his charity (on the Day of Judgement) until the matter of the people is decided.” As a result of this narration, Abū al-Khayr (one of the narrators of this narration), would not allow a day to pass without giving something in charity, even if it was a biscuit, an onion, or something of its like.” [12]

When having second thoughts about giving charity, tell yourself that it is like transferring money from one account to another, from your dunyā account to the account of the hereafter, where the deposits of that account are multiplied and made to remain. Is that to be considered an expense? [13]

Yes, I was mistaken – severely mistaken – when I had allowed Shayṭān to convince me that a topic other than that of ṣadaqah would have been better for me. However, I also came to realise that those who are even more mistaken are those who have discovered the life and after-life-changing properties of ṣadaqah but fail to create a plan of charity for himself and his family.

[2] Muslim, on the authority of Abū Hurayrah

[6] Al-Tirmidhi, on the authority of Kaʿb b. Ujrah

[10] Al-Bazzār, on the authority of Anas

[11] Narrated by Muslim, on the authority of Abū Mālik al-Ashʿari